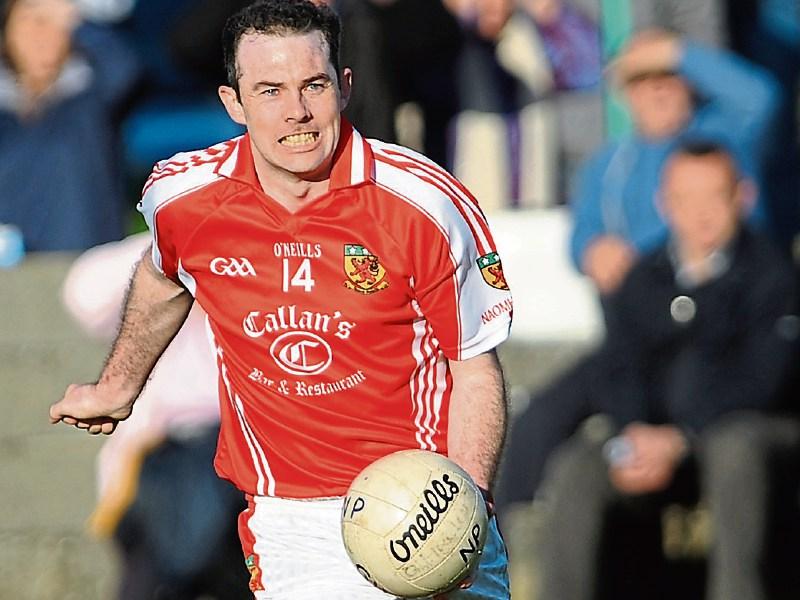 In this new series we speak to the people who make local club's and societies tick. First up is Ronan McElroy of local GAA outfit Naomh Malachi.

Firstly, how does it feel to be a part of a club that is now 50 years old?

To be a playing member of a club that has been in existence for 50 years is important as it probably is to every other member and player in the club. On the night of the clubs’ 50th anniversary, with the club history over the last 50 years documented on a DVD (Caoga), it’s clear the amount of effort and work that has gone into making it the club that it is and is something that every member and player in the club past and present should be proud of.

How are things around the club following the season gone?

We have added to silverware in the club winning the Kevin Mullen Plate in 2016, which is something to always be thankful for. We are looking forward to next year hoping to get some of the younger players involved with the senior team and also hopeful that some of the players who emigrated will return home. We got to the quarter final of the junior championship so the target next year would be to improve on that.

How did you get involved with your club?

Have been involved all my life, from under 10’s playing with Shelagh School, from there then onto the combined Naomh Malachi/Cill Choirle underage teams, then onto the Naomh Malachi Junior team, then the first team in the late 90s.

Do you have a big family connection with the club?

A lot of my family/cousins are members. My father Gerry was a player, playing in the first team that brought some success to the club in the 70s. He was also treasurer for over 30 years, retiring from that job at the same time as long time club servants Eamon Laverty and Mickey McShane. My uncle Packie is also a key member raising funds for the club via the club lotto. My sister, Cara played with the Malachis women’s team which has now unfortunately ceased, and my brother Gareth played at all underage level before retiring!

Did you play for the club when you were younger and if so do you see a difference in the type of players and style of football or the way the club is run?

I started playing with the adult teams when I was 16. There is a difference in professionalism over the years. Simple things like there being more footballs at training, cones/bibs at training, nets behind goals, wearing gumshields, but there’s also a difference between the different leagues that only becomes apparent after playing in a few different divisions. In senior, players in general put a lot more time and effort into the game, there’s more work on tactics and greater levels of fitness.

In the lower leagues, although there are some players who put in a big effort, it is more of a pastime for most.

In terms of how the club is run, I suppose things have changed a lot through use of technology.

Years ago it was letters and phonecalls to organise games/training. Now it’s emails/group text messages.

Club facilities have improved a great deal for all clubs over the years and as a result there is probably more happening in the background to keep everything right as opposed to just cutting the grass for a game.

Why did you decide to take up an officiating role within the club especially as it’s all volunteer work?

When you’re younger, you think playing football is the only thing that goes on around a club, but as you get older, you realise the amount of work that happens in the background that allows you to play football, the admin work in the background, the effort in arranging managers/trainers, chasing players to go to training, keeping the facilities going, and the constant effort to raise funds.

With this in mind I decided to help out a little bit which spreads the workload on everyone.

How do you cope with this along with a full time job?

The role I have in the club is the assistant treasurer, which basically involves managing the lotto draws.

The lotto draw only happens once every two weeks in the club; we do have a lotto committee and get a lot of help from a lot of people around the club including players recently.

However with playing and committee meetings also it does take a lot of time.

What is your earliest memory and the greatest success you have witnessed since you’ve been part of the club?

Earliest memory of the club is a field without any buildings, and a small portacabin being used as dressing rooms, then subsequently have memories of the original building being started.

The greatest success is probably the facilities that the club has managed to create over those 50 years, along with great achievements on the field winning 3 intermediate championships in the 00s, playing in a Leinster Intermediate Semi Final in 2009 and getting to a Cardinal O’Donnell Cup final in 2007 where unfortunately we lost against Cooley after going to a replay.

What do you think is the best thing about club football?

Playing football with people you’ve known most of your life is something you remember as well as being part of teams that bring success to the club and the local area.

Lastly, where would you like to see the club in 10 years’ time and what do you believe is a reasonable target?

Hopefully back towards the top of intermediate football. A lot of things need to fall into place to make that happen, mainly the children at the local school continuing onwards at football, players returning from working abroad and the community pulling together to keep the club moving in the right direction.