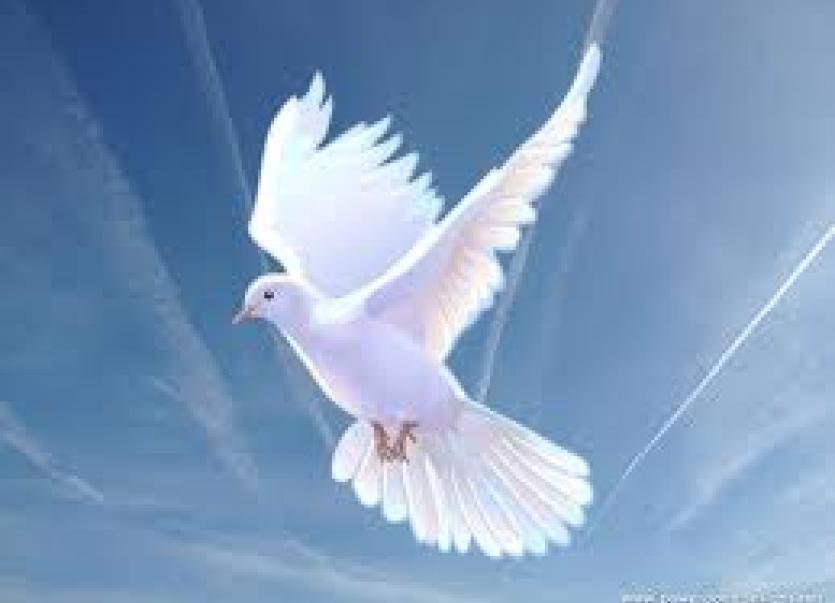 The death has occurred of Catherine, Nancy Casey (née Sullivan) of O'Hanlon Park, Dundalk, Louth
On Sunday 16th October 2016, Peacefully in the love and tender care of Blackrock Abbey Nursing Home, surrounded by her loving family, predeceased by her husband Tony, grand-son Ciaran, Very deeply regretted by her sons Thomas, Ben,Tony and Pat, daughters Ann and Catherine, sons in-law, daughters in-law, brothers and sisters in-law, grandchildren, great - grandchildren, nephews, nieces, cousins, extended family, relatives, neighbours and friends.
May Her Gentle Soul Rest In Peace
​​Reposing at the residence of her son Pat, Boyle O'Reilly Terrace, from Monday morning at 11am. Removal on Tuesday morning at 10.20am, proceeding on foot (via her late residence O'Hanlon Park) to Saint Nicholas' Church, arriving for Funeral Mass at 11am, followed by burial in Saint Patrick's Cemetery, Dundalk.

The death has occurred of Frank Downey of Dromiskin, Louth
Peacefully in Our Lady of Lourdes Hospital. 16th October 2016. Frank beloved husband of Kitty née Malone and dear father of David, Cathal and Oliver, dear granda of Kirsty, Rhiannon, Abigail, and Conor, great granddaughter of Brooke. Deeply regretted by his wife, sons, grandchildren, granddaughter, daughters-in-law Theresa and Deboragh, sister Mary, brothers Gerry and Seanie, nephews, nieces, relatives and friends.
Reposing at his home from 2pm until 8pm on Monday. Removal on Tuesday morning at 10.40 to St. Peter's Church, Dromiskin arriving for Mass at 11.0' Clock. Burial afterwards in Dromiskin Cemetery.
May He Rest in Peace.

The death has occurred of Lily Malone (née Ryan) of Sliabh Breagh, Ardee, Louth
On 15th October 2016 peacefully at her residence. Lily, beloved wife of the late Louis and loving mother of Ann, Tony, Noel and Joe. Sadly missed and deeply regretted by her loving daughter, sons, sister Maisie, grandchildren, great-grandchildren, daughters-in-law, son-in-law, sisters-in-law, brother-in-law, nephews, nieces, relatives, neighbours and friends.
Reposing at her residence on Sunday from 6pm until 9pm and on Monday from 2pm until 8pm. House private on Tuesday morning. Removal on Tuesday morning at 10.30 to The Church of the Nativity of Our Lady arriving for 11am Mass. Burial afterwards in Old St. Mary's Cemetery, Ardee. Family flowers only please. Donations if desired to Palliative Care and Ardee Hospice Homecare.
May She Rest in Peace

The death has occurred of Patricia McShane (née Mulholland) of Ballinful, Kilcurry, Dundalk, Louth
Peacefully, at home, surrounded by her family. Beloved wife of the late Peter and dear mother of Denise and Peter. She will be sadly missed by her loving daughter, son, son-in-law David, Peter's fiancee Stacey, grand-daughter Emily, mother Mary, brothers Gerard, Noel and Jim, sisters Briege, Bernadette and Angela, brothers-in-law, sisters-in-law, nephews, nieces, relatives and friends.
Reposing at home from 6pm on Sunday. Removal to the Church of the Most Holy Rosary, Brid-A-Crin on Tuesday morning at 10.45am arriving for Mass at 11.30am. Funeral afterwards to adjoining cemetery. Family flowers only. Donations, if desired, to the Irish Cancer Society c/o Quinn's Funeral Homes.
May She Rest in Peace

The death has occurred of Joan Henry (née Carragher) of Newrath, Castlebellingham, Louth
The death has occurred in her 95th year of Joan Henry (née Carragher) Ellesmere Port, Cheshire and late of Newrath, Castlebellingham. Peacefully at the Countess of Chester Hospital, Cheshire. Joan, beloved wife of the late Michael. Sadly missed by her family, relatives and friends.
Reposing at Connors Funeral Home, Dunleer on Tuesday, October 18th, from 4pm followed by removal at 5.30pm to Saint Peter's Church, Dromiskin arriving for evening prayers at 6.30pm. Funeral Mass on Wednesday at 11am with burial afterwards in Dromin Cemetery. Family flowers only please. Donations, if desired, in lieu to the Irish Heart Foundation.
May she Rest in Peace.

The death has occurred of Carmel Lynn (née Gallagher) of Greenacres, Dundalk, Louth / Cliffoney, Sligo
Peacefully in the kind and gentle care of the staff at Saint Vincent's University Hospital Dublin surrounded by her loving family. Beloved wife of the late Brendan and cherished mother of Sandra, Audrey, John, Paul and Teresa. Carmel will be sadly missed and her memory treasured by her children, grandchildren Anna, Nicole, Brendan and Lucy-Ann, daughter-in-law Samantha, sister Ann O'Dare, sister-in-law Deirdre, nieces, nephews, extended family, neighbours and friends.
Ar Dheis Dé Go Raibh A Anam
Reposing at her home on Saturday and Sunday afternoon from 3pm. Removal on Monday morning at 10.30am to Saint Patrick's Cathedral arriving for Funeral Mass at 11am followed by burial in Saint Patrick's Cemetery.
HOUSE PRIVATE ON MONDAY MORNING PLEASE.