A true story filmed on location at Reaghstown Ardee 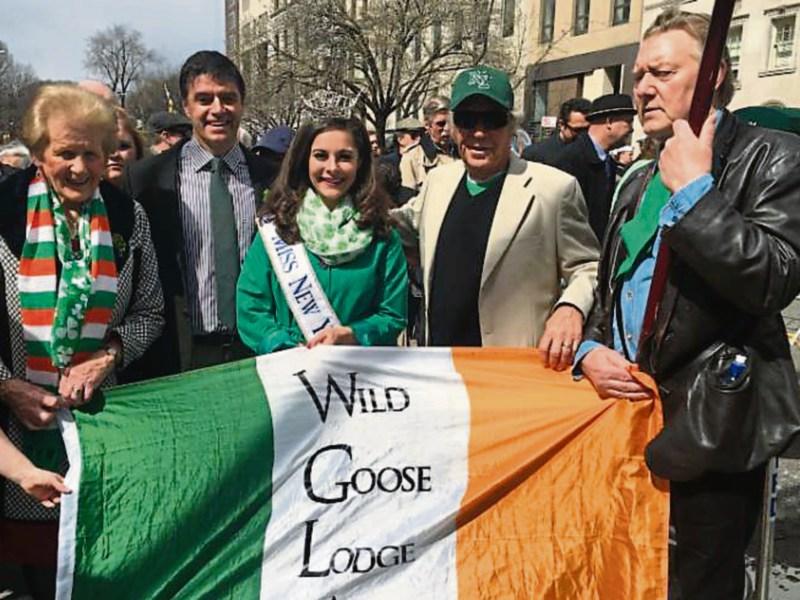 Members of the film cast and crew in New York earlier this year.

The Wild Goose Lodge, a true story based on events that took place at Reaghstown Ardee in 1816, can be seen in cinemas nationwide from Friday 28 October.

The film was made over a three-year period at Reaghstown, featuring a local cast, and it has already won the hearts of the New York public and top international film critics.

The film was directed and produced by William Martin and Paul McArdle and features Finbar Furey, who wrote the music and also starred in Gangs of New York, Anna-May McHugh head of the National Ploughing Championships, Dave Duffy of Fair City, Gerard Murphy of the Met Office and RTE weather presenter, as well as a host of local talent.

The film had a hugely successful premiere in New York last March.

“The film was shot on location in and around Reaghstown,” said William Martin. “There was a lot of passion and pride put into it and the reception in New York in March was tremendous.

“The critics in New York thought it could go all the way. They said they could see the emotion of the actors in it.

“The media were very interested in it and were fascinated and wanted to know how it was made.

“One woman said her great-grandfather came from Ireland. She never visited this country but hopes to now.”