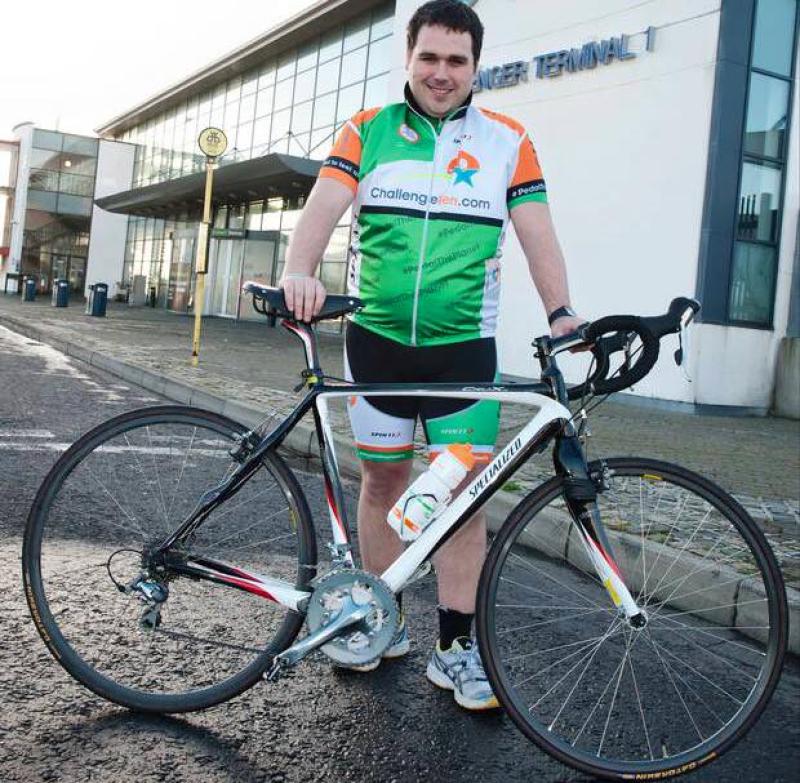 Leitrim racer Breifne Earley had his prized World Cycle Race winning bicycle stolen from outside the Demesne Shopping Centre in town over the weekend.

Breifne has issued an appeal online for its return.

He had this to say on his Facebook page about the incident, which was almost a year to the day since he had the same world cycle race bike stolen on his way home from a Pieta House fundraising cycle:

"Today as I dropped copies of my book into book shops in Dundalk, Co. Louth the bicycle was taken again, outside Demesne Shopping Centre. If anyone sees it or is offered it for sale in the area can you please report it to Dundalk Garda Station.

"This tour to promote the "Pedal The Planet" book in aid of Pieta House was the first time it had been taken outside my home since it was recovered last year. When I retired the World Cycle Race bike.

"Obviously the sentimental value coupled with the actual cost of the bike is significant and I would greatly appreciate any help in returning the bike."