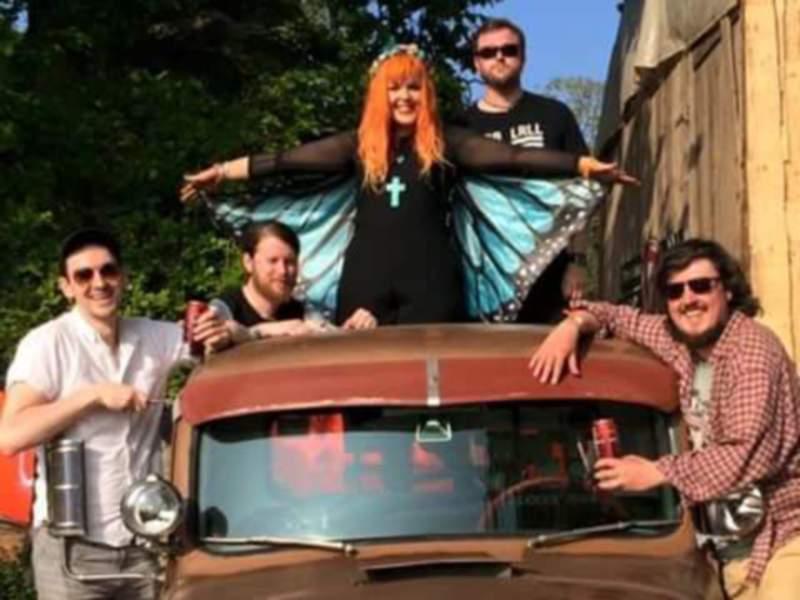 As per usual the event features a fantastic line-up, as well as drink promos and a barbecue, for all those enjoying the music whilst looking out at the Cooley Peninsula.

Here's a run-down on some of the acts performing throughout the two days.

David is a prominent figure in the Dundalk Music Scene. He was a member of many local bands including Echo Incline, The Blitz, Sonnets and Sisters, and The Rollers, but now has been wowing crowds across the county as a solo artist. Taking influence from artists such as Oasis, Arctic Monkeys, The Stone Roses and The Beatles, David's songs tell of his urban experience living in Dundalk, as well as portraying situations, characters and social issues throughout the town and beyond.

If you're about on the Saturday night, be sure to check out David spinning some Rock 'n' Roll records under the alias of Sgt. Buckfast at The Kitchen Stage.

"This is good stuff, catchy like The Libertines, solid blues infused rock ‘n’ roll. I can see 10,000 kids singing along and that doesn’t happen to me that often. Give a listen to Rusty Garage Doors …." - 50 Third and 3rd, music blog.

Rusty Garage Doors are a bluesy garage-punk outfit from Dundalk. They eschew the traditional notions of the mainstream music industry in favor of a punk inspired DIY approach where all material is written produced, recorded, mixed and mastered by the band itself.

They have gained steady popularity through their Soundcloud page, social media and coverage on music blogs.

They cite influences such as Pixies, Nirvana and The Stooges for their energy and stripped down song structures as well as Led Zeppelin and Queens of the Stone Age for their ingenuity and distinctive approach to music.

The group was founded by cousins Pete Rust (guitar, vocals) and Aldo Rust (drums, vocals, guitar) who are the primary songwriters of the band. The pair grew up jamming in a shed filled with cobwebs and decorated in a patchwork motley of psychedelic images created in an intoxicated fervour.

Having recently added to their ranks a bass player and drummer, the group are set to become a live act to take notice of.

Rusty Garage Doors spend their time playing loud, spontaneous and uncompromising rock n' roll against the frame of a world where making a living from a full-time independent music career grows increasingly harder to maintain outside the restraints of a regular 9-5 job.

Their music can be found online at:

Hailing from Castlebar, Conor O'Shea and Brian McHale began writing and recording songs in January of this year, which can now be heard and purchased on their Bandcamp page. Their songs are made up of a nice blend of Rock, Folk and Indie, making for an intimate gig setting.

Headliners on Friday night will be Orwell's '84, one of the most succesfull bands to emerge from 'The Lock Up' rehersal space.

The band have a loyal following from the get-go, their headlining of the Main Stage is testament to their guarantee of putting on a brilliant live performance.

Colraine's Born Only Yesterday take influence from bands such as Biffy Clyro, Foals and Two Door Cinema Club. The band, that consist of Danny McClelland, Sam Foote, David Wolsey and James Orr, recently released an EP, titled 'The Eyes. The Heart. The Sin', through the record label Further Sky UK. The band are known for putting on a fantastic live performance.

Accidents in the Workplace

Accidents in the Workplace, who describe themselves as hailing from "the sumptuous suburbs of Dundalk and trendy potholes of Emyvale", have very quickly gained a large fanbase, due to their vast sound, and catchy tunes. The band were formed in 2015, as a project, featuring members of I'd Fight Gandhi and Between Horizons.

Their blend of funk, rock and blues "creates the musical equivalent of sprinkling salt and pepper on a bowl of ice cream". The band have gained huge critical acclaim across the country, performing in venues such as Whelans.

Througout the festival, The Spirit Store will have Erdinger Oktoberfest on draught, Smirnoff, Jameson, Jack Daniels and splash for €5, as well as having a couple of craft beers special offers.

Doors open at 6pm, admission is free on both days.

Yet again, The Lock Up has lined up more stellar artists, sure to entertain many, whatever their taste in music may be.

Doors open at 6pm, admission is free on both days.