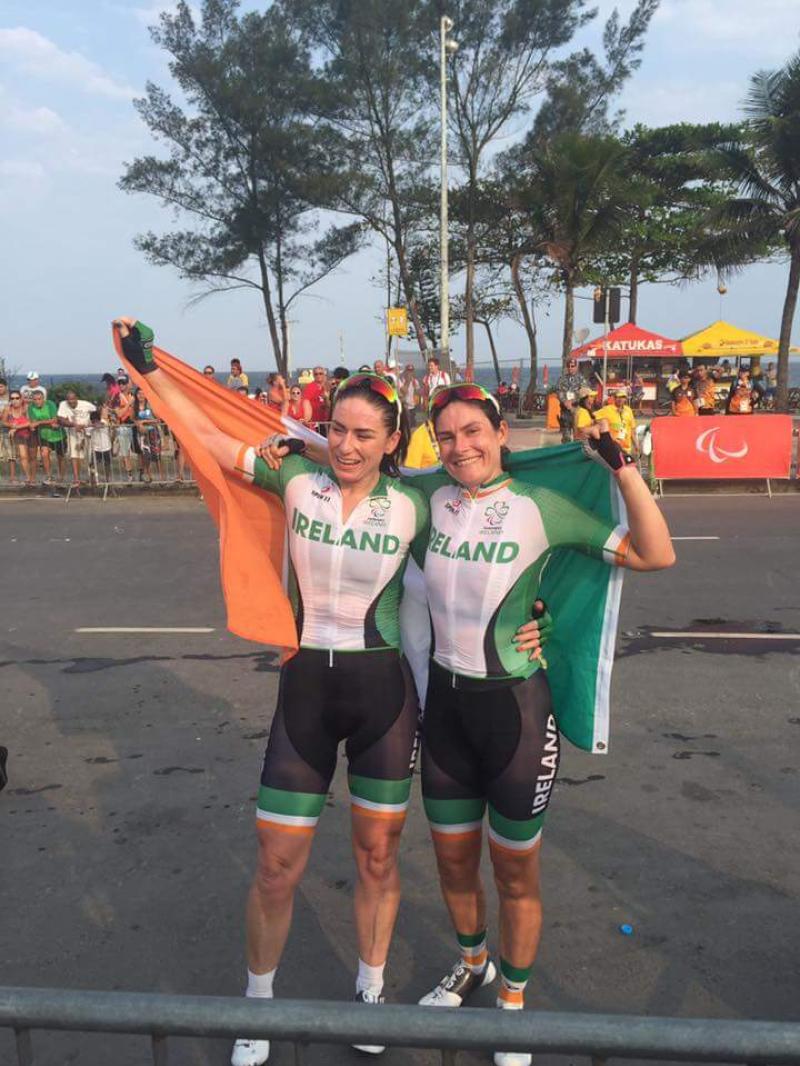 President Michael D. Higgins has conveyed his congratulations to Irish Paralympians Katie-George Dunlevy and Eve McCrystal on their success at the 2016 Rio Paralympics.

"On behalf of the people of Ireland I want to convey my congratulations to Katie-George Dunlevy and Eve McCrystal on on their silver medal in the Road Race, their second medal at the Rio 2016 Paralympics."

Katie-George Dunlevy and Eve McCrystal will be celebrating once more tonight having won their second medal of the Rio 2016 Paralympic Games, this time in the Women’s Tandem Road Race, finishing strong to take silver.

The talented duo, who stormed home to Time Trial gold on Wednesday, put in a committed and determined performance in tough conditions in Rio’s Pontal area. The planned 90km race was cut to 75km following a delayed start due to a crash in an earlier race. The composed duo put themselves towards the front of the race for the majority of the mountainous course to win Ireland’s fifth cycling medal at this year’s Games.

The shortened race was a tough one. Dunlevy and McCrystal said; “It was altogether until the steep climb, we stayed to the front. Neill [Delahaye] told us to ride the climb at our pace. We are not the kind of bike that will respond to attack and repeat attack on the hill, and our own pace happened to match the best climbers. We were just with them – there was a break up the hill, break behind us. We worked well stayed with the Poles on the steep climb, but on the descent she just pushed it too much for us. She’s raced with us enough so she knew if she pushed she’d get a back. We kept fighting the whole way - we’ll take silver.”