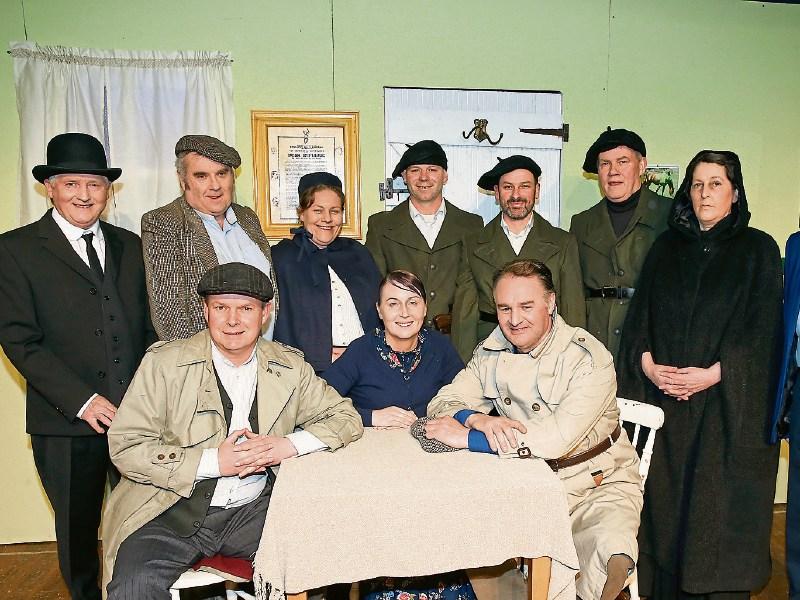 The annual Patrick Kavanagh Weekend will be held on the last weekend of this month: Friday 30 September, Saturday 1 October, and Sunday 2 October.

This year’s keynote address will be given by Patrick McCabe and it is entitled “Howl On: a Whiter Shade of Shancoduff - Patrick Kavanagh on the brink of Psychedelia”.

Now that sounds promising to say the least.

Patrick McCabe is a Monaghan man, born in Clones, and one of Ireland’s finest writers. He was twice shortlisted for the Booker Prize, with his novels The Butcher Boy and Breakfast for Pluto, both of which were made into films.

The song A Whiter Shade of Pale is a classic in popular music and sold millions back in the psychedelic days of pop.

In fact, it was released in 1967, the year Kavanagh died, so Howl on: a Whiter Shade of Shancoduff - Patrick Kavanagh on the brink of Psychedelia, sounds lively.

It goes out on the opening Friday night at 8pm. Not to be missed.

It will be followed by the annual poetry award introduced by poet and adjudicator Brian Lynch.

Then it’s traditional music on flute and harp with father and daughter duo, Sean and Céola Walsh.

On Saturday morning there will be a walking tour of the Patrick Kavanagh Literary Trail in Carrickmacross with Larry McDermott. Assembly is at The Valley Lodge, opposite St Joseph’s Church at 9.15pm.

Then at 11am there will be poetry readings by the winners of this year’s Patrick Kavanagh Poetry Award.

Former Dail deputy and author Liz McManus will give a reading at 12.15pm.

Then at 2.15pm Professor Michael Laffan will give a talk covering WT Cosgrave and the Irish Revolution, the North and Patrick Kavanagh.

Kavanagh’s Inniskeen during the First World War and the Easter Rising will be covered in a talk by Professor Terence Dooley at 3.15pm.

Dundalk poet and novelist Conor O’Callaghan won the Patrick Kavanagh Award in 1993. He will give a talk Nothing on Earth: Irish Gothic and the 21st Century?

His latest novel Nothing on Earth has just recently been published to critical acclaim.

In addition to novel writing and poetry, Conor O’Callaghan’s interests extend to writing on sports, especially soccer and cricket. In 1996 RTE broadcast O’Callaghan’s radio documentary on cricket in Ireland, The Season. His prose memoir entitled Red Mist: Roy Keane and the Football Civil War deals with the public uproar surrounding Ireland’s involvement in the 2002 World Cup and made the bestseller lists in Ireland and the UK.

The commemorative Mass for Patrick and deceased family will be celebrated at 7.30pm by Fr Martin Treanor PP. The homily will be given by Fr John Chester.

And don’t miss Power without Glory, a three act tragedy of the Troubled Times by Seamus Burke. This will be performed by the Fanebank Dramatic Society.

On Sunday morning at 10am the bus tour with Art Agnew will visit sites of local and historic interest.

The annual graveside commemoration is at 2pm.

The actor and Irish Times columnist Michael Harding will read from his book Talking to Strangers at 2.20pm and then at 3.35pm the annual school poetry awards will be presided over by adjudicator Noel Monahan with readings by the winners from their work.

Information and booking is available online at: www.patrickkavanaghcountry.com

A weekend ticket is €90 or you can pay at the door for each event.

This is the great literary event of the year where people mee old friends and new.