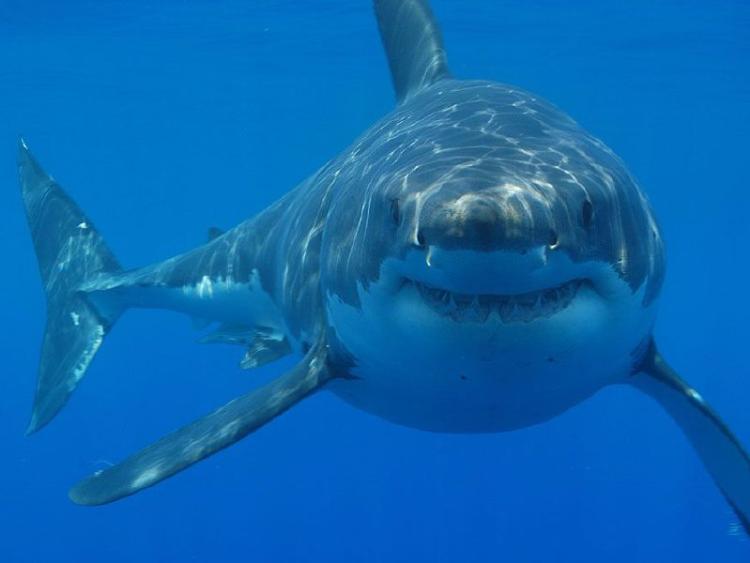 I went to see the new shark thriller 'The Shallows' last weekend.

It's a features a woman in various stages of undress being stalked by a Great White shark off the coast of Mexico. It's a fun- if at times extremely improbable - romp.

But it got me thinking. Or rather it made me remember something I have previously thought about and never investigated.

Why aren't there Great White (GWs) off the coast of Ireland?

There is also a significant food source for sharks in Ireland (and in the British Isles in general). Our neighbours in the UK have the highest concentration of seal numbers in Europe.

There have also been a significant number of unverified sightings of Great Whites in the UK. From time to time a you'll see the tabloids getting very excited about a sighting or a GPS suggestion that a tracked GW might be on the way, but apparently not one has ever been caught in either the UK or Ireland.

Several shark species that are closely related to GWs are found in Irish Waters - namely the Porbeagle, and the Mako (a potential man-eater).

The slightly unsatisfying truth is that Great Whites may well occasionally frequent these waters, but the chances of seeing them as a swimmer or from a boat are extremely, extremely unlikely. Because of the climate we don't spend much time in the water, and they don't spend enough time here in the first place.

All the same, next time you put your foot into the Irish Sea, there might be a tiny chance a man-eater may be circling.