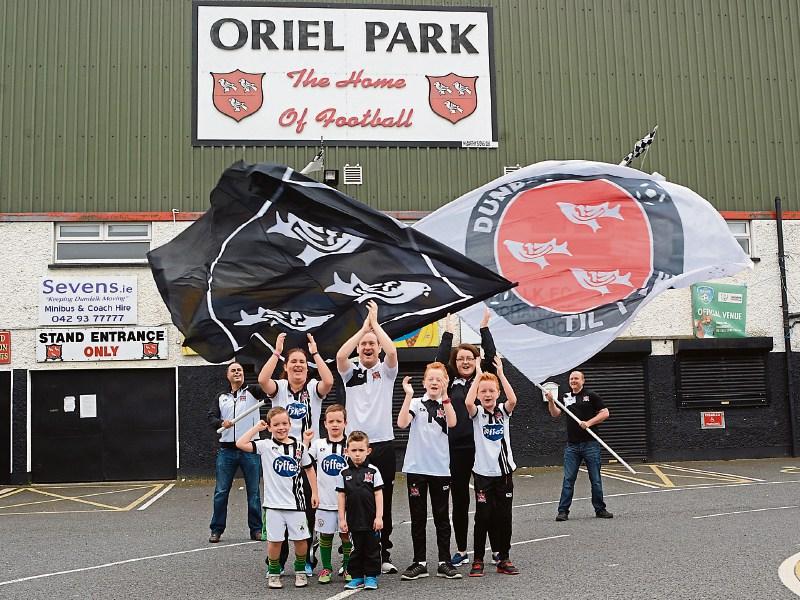 As Dundalk FC prepares to take on Europe’s finest, whether in the UEFA Champions League or Europa League, the Club, in partnership with main sponsor Fyffes, has launched their ‘#GreenArmyNeeded’ campaign – calling on fans across the country to support Irish football on the European stage.

With just a number of days to go before their important UEFA Champions League qualifier against Legia Warsaw on Wednesday, and believing that ‘beneath every jersey we’ve all got green in our veins,’ the Club is extending a warm welcome to all football fans in the hope they will come to the Aviva Stadium in large numbers to make their voices heard in support of Dundalk FC.

“The support of the fans will be vital to us on the night and throughout our European campaign. Given the large capacity of the Aviva Stadium, we are hoping for a big turnout in order to generate the special atmosphere that Irish football fans are famous for around the world,” club captain, Stephen O'Donnell said.

To help Dundalk FC in their quest, supporters are asked to intensify their social media efforts using the hashtag #GreenArmyNeeded so that as many football fans as possible will answer the call.