Megan is ready to take Rose festival by storm 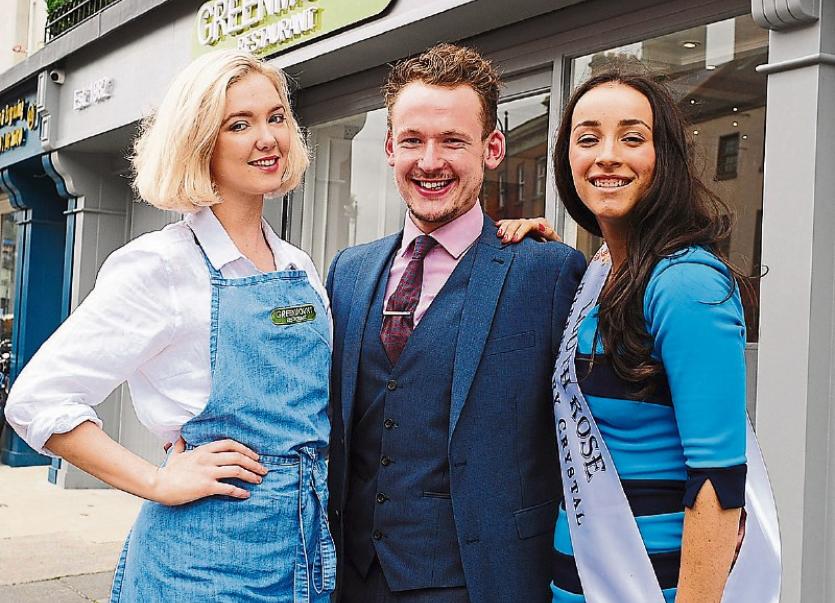 A very confident Megan Ferguson headed off on Thursday last for the Rose of Tralee Festival with the best wishes of all of the people of Louth.

Megan will represent Louth at this week’s Rose of Tralee International Festival.

She will be one of the 65 Roses from all over the world who will be at this year’s expanded Festival which will include parades, funfair, circus, 70 hours of free and affordable entertainment, fashion show and fireworks displays.

Nineteen-year-old Megan is from Cooley and works at The Four Seasons Hotel in Carlingford.

“I have really enjoyed wearing the 2016 Louth Rose sash and have loved representing the Louth at various events across the county and further afield,” said Meagan.

“The support that I have received from people far and wide has been unbelievable and I cannot thank those people enough.

“I look forward to the rest of the year as Louth Rose and cannot wait to get on the bus and head for Tralee.”

Before arriving in Tralee, Megan and the other Roses, set out on a five-day tour of Ireland’s which included the Guinness Storehouse, Irish National Stud and Japanese Gardens, The K Club and Kilmainham Gaol.

And then they toured The Kingdom of course.

Also heading for Tralee is escort Conall Meegan from Inniskeen.

Conall had yet to find out which of the Roses he would escort but before Megan left Dundalk he wished her well.

“We are all very proud of Megan,” he said.

“She is a wonderful ambassador for the county.

Megan did not know if she would make it to the finals as the format for this year’s Rose of Tralee International Festival has changed.

“For the past 11 years a qualifying event was staged in the midlands at the end of May,” said John Drummey, communications manager of the Rose festival.

“Thirty-two Roses 32 Roses were selected to appear at the Festival.

“The good news is that every Rose who is selected to represent her county/city/state/country will travel to the Festival in Tralee.

“The Roses will still take part in a qualifying process, as RTE can only accommodate 32 Roses on live TV with Dáithí Ó Sé.”

Whatever the outcome, both Megan and Conall will do us proud.