Peter Hoey had a life-long association with Louth GAA 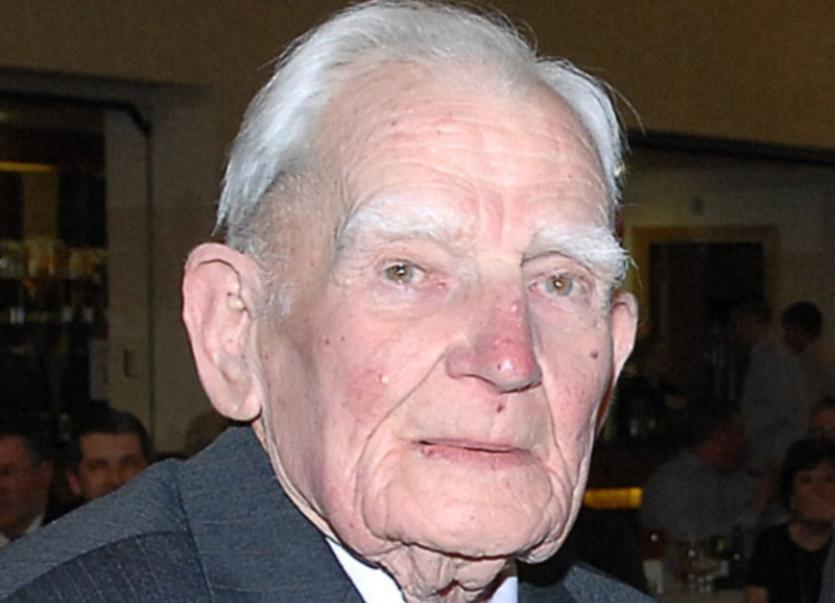 Peter Hoey, who died last week at the age of 94, had a lifetime association with Louth GAA. He had links with three clubs, Kilkerley Emmets, St Bride's and Sheelagh Emmets, the team that represented the Rassan area prior to Naomh Malachi coming into existence.

He was also a referee, taking charge of many important games; and prior to its demise a couple of years ago, his organisational skills were a huge benefit to the Louth Supporters' Club.

However, it was for his contribution to County Board affairs that he will be best remembered. As a club representative he rarely missed a monthly meeting, and it was certain that whenever there was a thorny issue, he'd be the one to go to for advice. In a piece in this 'paper just over two years ago he revealed that it was in1940 that he first got involved in the legislative process as an 18-year-old.

That brought his stint to over 70 years, but it didn't end at that. He continued to make regular visits to the Darver Centre Of Excellence, and it was no later than March of this year that he made his final Co Board appearance. His contribution was recognised a number of years back when his name was added to the list of the Board's Honorary Presidents.

His football career began with Kilkerley Emmets, and as a rock-steady full-back he played on the Junior Championship-winning side of 1946. The final was at Dundalk's Athletic Grounds, and taking on Hunterstown Rovers, Emmets had it easy, winning by 4-4 to 0-4. Among his colleagues was Paddy McArdle, who would later play with St Mary's and O'Rahilly's, and figure on Louth's 1950 All-Ireland final side.

Aged 94, Peter, from Kilcroney, Knockbridge, is survived by his son, former county player, Anthony, daughters, Bernie (Kirk) and Maureen (Corcoran), sons-in-law, daughter-in-law, grandchildren, great-grandchildren and other relatives and friends. He was predeceased by his wife, Peggy.

His grandson, Aaron Hoey, made over 100 appearances for the county seniors in a lengthy career, filling a variety of roles.

Clubs throughout the county were represented at the burial on Sunday last in Knockbridge, and a minute's silence was observed at matches over the weekend.