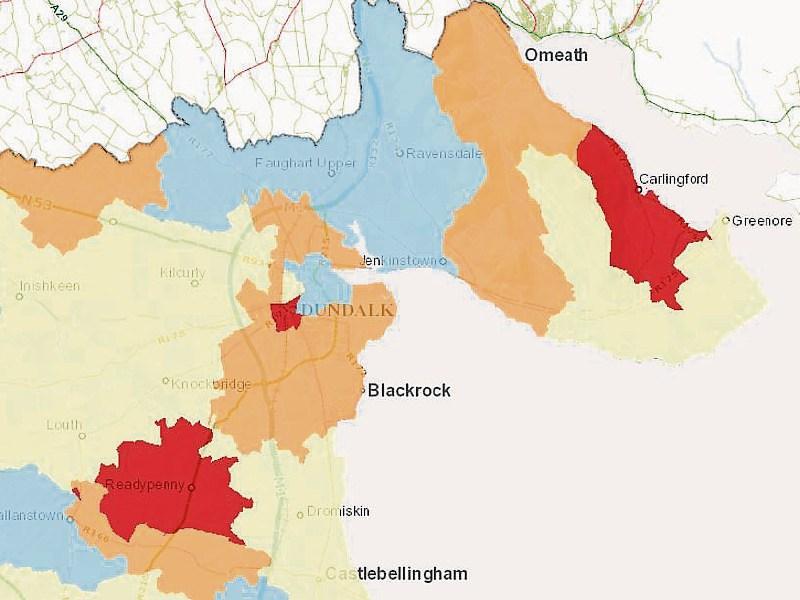 Preliminary Census results show the greater Dundalk's population has grown across the board since 2011, rising over 10 per cent in some areas.

Nearly every area of Dundalk grew in population, with the area's most significant population area growing by 5.7 per cent.

County Louth's population went up by 4.5 per cent over the time period.

Only two areas of Dundalk showed a decrease, and it was a relatively modest drop of 1.1 per cent and 2.5 per cent.

Dundalk Urban 1 which includes the area around Clanbrassil Street, the Longwalk and an area just east of Cox's Demesne had a modest growth of 1 per cent, with an increase of 21 people across a population of 2,169.

Dundalk Urban 2 which includes the area north of St Mary's Road saw a 2.5 per cent decrease, with an actual decrease of 29 people.

Dundalk Urban 3 which includes Park Street, Hill Street and the earlier section of the Ardee Road saw the biggest percentage increase, with 18 per cent - an actual increase of 261 from 2011.

Dundalk Urban 4 which includes the Seatown, the Ramparts, Marshes Lower and Oaklawns among other areas, saw a slight decrease of 1.1 per cent, with 69 less people than in 2011.

Dundalk Rural, the largest area recorded which includes Muirhevnamor, most of Cox's Demesne, the Armagh Road, most of the Long Avenue and much of the Dublin Road rose by 5.7 per cent, which is an actual increase of 1,040 people.

This is the biggest area of population with a total of 19,200.

One area outside of Dundalk which saw a decline was the census area of Ballymascanlon, which saw a tiny decrease of 0.3 per cent, which translated to seven less people.

Jenkinstown on the other hand had an increase of 8.9 per cent or 104 more people.

The Omeath area also had an increase - with 7.4 per cent or 93 more people.

Carlingford had a whopping great increase of 22 per cent, which translated as 400.

Rathcor saw a modest increase of 1.6 per cent or 22 people, Greenore which encompasses the eastern tip of the Cooley Peninsula had a 2.7 per cent increase which amounted to 32 more people.

Ardee's population went up by 363, representing an increase of 8 per cent.

Ardee Rural, the area directly around the town went up 2.7 per cent or 77 people.

The Louth Village area went up 70 people or 4.7 per cent. Castlebellingham increased by 4.4 per cent or 71 people. Blackrock's results are not yet in.

Irish net migration for the period stands at minus 28,558. This compares with net inward

migration of 115,800 over the previous five years.

The fastest growing constituency was Dublin Fingal which increased by 10,596 persons or 7.5 per cent over the five years.