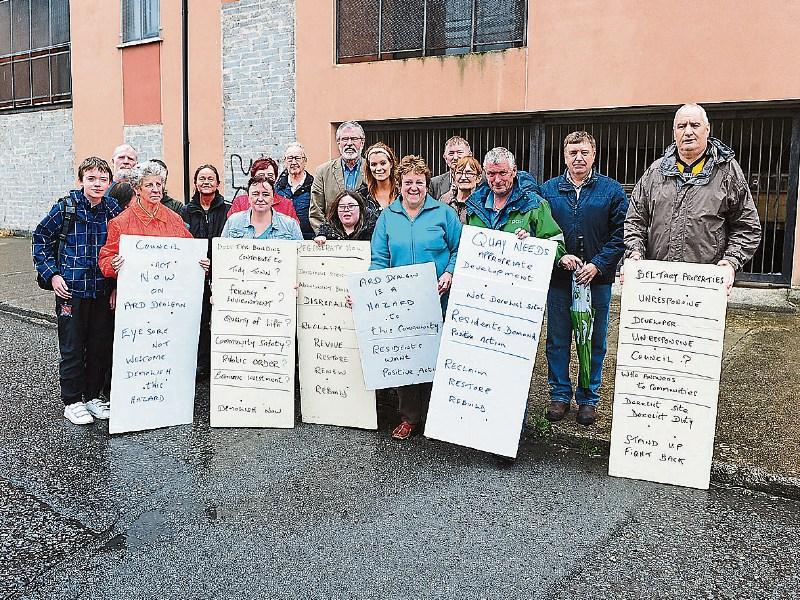 She was told that a voluntary housing body was carrying out tests on the site with a view to providing refurbished apartments.

The building on Quay Street was evacuated a number of years ago because of fire safety concerns.

There has been several arson attacks on the site and a lot of anti-social behaviour.

Cllr Green and other Sinn Fein public representatives have been campaiging to have something done about the development.

Previously Cllr Green had said the development had become a nightmare for the residents of the area because it was attracting anti-social elements from several sources.

She pointed out that there has been a number of fires in the complex which has been stripped and wrecked and residents have been afraid to let their children out because it was just too dangerous.

At the recent county council meeting she welcomed the site-testing and now awaits further progress on the problematic Quay Street complex.