James flies the flag for Dundalk on special night in France 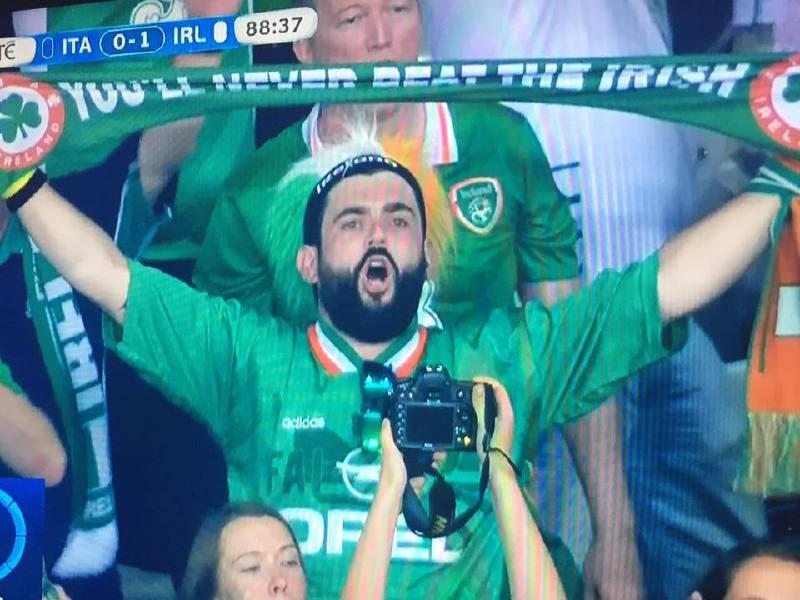 Local soccer fan James Mathews, from Mountain View Dundalk, was at the very heart of an incredible night for Irish sports fans last night in France as the Republic of Ireland beat Italy 1-0 to progress into the last 16 of the European Championship.

James was even picked up by the television cameras in the stadium in Lille as he sang aloud following Ireland's winning goal.

Speaking this morning with the Democrat, James said he was blown away by the whole occasion.

"It was unbelievable!! Multiply Shane Long's goal against Germany by a million.

"Well as before any game as an Ireland fan you always have blind optimism that they are going to win, so before the game it wasn't even an if.. Of course we were going to do it! But when Wes missed that one on one you could feel the agony in the crowd", added James.

However it all came good in the end for everyone in Green, with a knockout tie against the hosts next up on Sunday.

As for the morning after the night before, James had this to say.

"As for the atmosphere, well it's 10.30 in the morning here and I can still here the roars ringing in my ear!"