Mark's hit book gets a chance in UK market 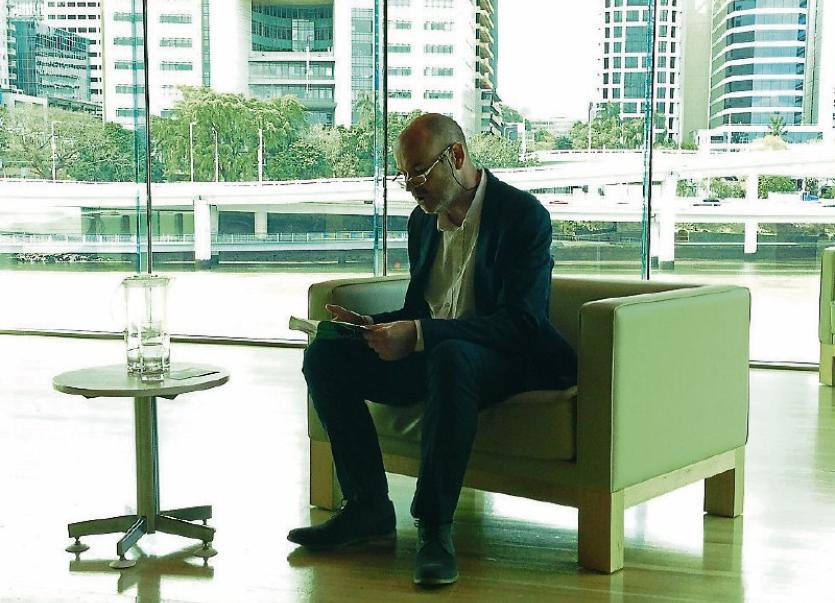 The new edition is focused on selling the locally-based novel to a UK audience. Blackwell’s of London have already made it their independent Book of the Month.

“The novel A Mad and Wonderful Thing was republished and re-released last week. I don’t really know why, other than, perhaps, the publishers (Scribe) and the publicists/distributors (Faber & Faber) are keen to give it another push in the UK.

“They are, madly enough, very fond of the book. I was very happy with what we achieved last time around. The work got a lot of attention and a great response in many countries.”

Mark Mulholland was born and raised in Dundalk, Ireland. He used his school lunch breaks to visit a second-hand book store.“The whole world was to be found in that book store and everything a boy needed to learn could be learned there”, he said.

The novel takes place in Dundalk during the 1990’s and focuses on “The Troubles”. The novel is narrated by a young man named Johnny Donnelly, who falls in love with a girl called Cora - the “mad and wonderful thing” of the title. Johnny is a charming, funny and eloquent IRA sniper.

“The new presentation is great. I love it, and for some reason it seems to read better. But, well, maybe that’s just me.

“And, as a writer, it is a great vote of confidence when new editions are released,” he said.

“It’s early days yet, the book was only released on Thursday, but I see already the much respected Blackwell’s of London have made it their Independent Book of the Month. This time around, too, some of the influential literary review journals are going to do some pieces on it”, he added.

Early last year it emerged that Parallel Films were interested in adapting the novel into a feature film.It is understood that this is progressing with initial work on ‘A Mad and Wonderful Thing’ to commence soon.

“I have little new information on the film, above what is already out there. Parallel Films, and Alan Moloney in particular, with whom we have the contract, have been very busy this last while. These movie guys plan their schedule years in advance. Amongst other recent projects, Parallel Films were co-producers of Brooklyn. Alan was executive producer. So our work is in very good hands. Alan has contacted my agent to confirm that they are currently finishing other scheduled productions and starting the initial work on our book”, he said.

Liam Neeson is set to co-produce the thriller set during The Troubles. The Ballymena, Co. Antrim-born actor has signed on to support a film adaptation.

When the novel was published last year, Neeson praised it enthusiastically: “I thought it was excellent. Deeply satisfying and moving. I also think that sufficient time has passed since the Good Friday Agreement to, at last, have a novel that goes inside the head of one of the ‘Troubles’ protagonists and hear the pros and cons of the conflict,” he openly said last year.