'Mickey' was a local GAA legend 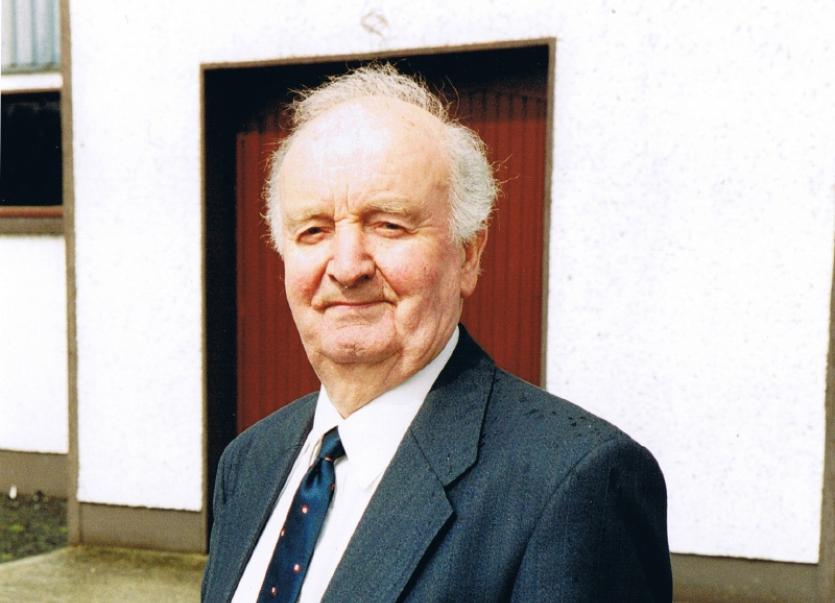 The dictionary outlines a number of possible meanings for the definition of the word; some are related to folklore, some to inscriptions, and some still to the explaining of tables, maps, or figures. One further meaning relates to a collection of stories about an admirable person where the person in question is the centre of such stories.

Michael ‘Mickey’ McShane, who passed away last week in his 99th year, was one such ‘legend’. Mickey went about his life’s work, one devoted to more than half a century of administrative roles within the GAA, in the most unassuming of ways.

Born in 1917, Mickey’s first foray into Gaelic Games was when he donned the Ballybinaby Emmets jersey as a 7 year old. By the time the 1930s rolled around the Emmets were no more and Mickey was plying his trade with the Border Rangers.

The establishment of the St Malachy club in 1938 would prove to be his first venture into administration albeit he dovetailed his duties as Club Secretary with his duties as a player. He would hang up his boots by the mid 1940s and concentrated his efforts on the pen and paper role on the sideline. When the St Malachy club ceased in 1947, it wasn’t long before Shelagh Emmets was born with Mickey taking on the mantle of Club Secretary for three years. With the emergence of the Naomh Malachi club as we know it today in 1966, Mickey was at the coalface for much of its early years.

Work commitments would curtail his involvement for a time but it didn’t stop him serving roles as Vice Chairman and Selector in the mid 1970s, before being elected Assistant Secretary for a three-year term from 1975-1977. It was no surprise that Mickey was at the helm in the historic year of 1979 as Secretary and Selector when club captain, Brendan Begley lifted the Christy Bellew Cup for the first time in the club’s history following a famous victory over Naomh Mairtin.

Naomh Malachi underwent significant development in the early 1980s when the club moved from Rassan to their current premises in Courtbane, and Mickey was at the forefront of much of this as Assistant Secretary. Upon their relocation, Mickey was duly elected Club Secretary in 1984, a role he held, uncontested, until his retirement alongside his fellow club stalwarts, Eamon Laverty and Gerry McElroy in 2000. Throughout this time, the club enjoyed some great occasions both on and off the field, and the quiet, unassuming gentleman from McShane’s Cross was at the heart of it all.

We in the GAA have legends amongst all our clubs. We’ve lost one this past week in Naomh Malachi but the sacrifices, passion, and commitment that he gave to our club will never be forgotten. Ní bheidh a leithéid arís ann. Rest in Peace, Michael, Honorary Club President. Legend.