Mick was the classic press photographer who captured it all 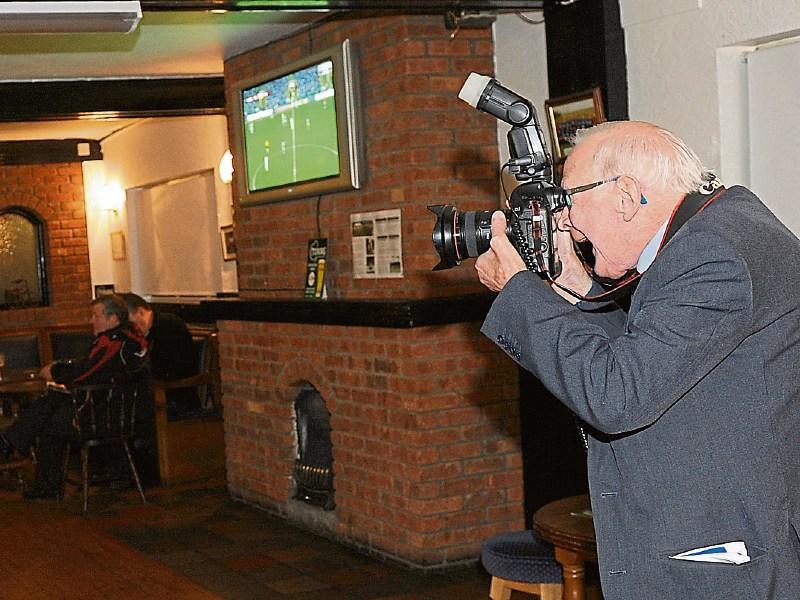 I first met Mick Slevin back in the days of the Irish Press Group. We both went there round the same time.

Mick had a wealth of knowledge and experience behind him, having worked as a photographer with the Drogheda Independent and The Democrat. He joined a talented team in the Burgh Quay photographic department that included Coleman Doyle, Austin Finn, and a young Cyril Byrne.

He covered everything, news, sport, arts and entertainment. When it came to sport, racing was not his favourite, so he would swap with Doyler and cover the golf. He covered all the major tournaments and got to know all the greats: Seve Ballesteros, Bernhard Langer, Christy O’Connor Senior, Christy O’Connor Junior.

He also captured on camera some of our greatest artists.

When the Picture Editor wanted a shot of one of the Abbey cast in Tom Murphy’s famous play A whistle in the Dark, actually blowing a whistle, Mick was faced with the problem of theatre superstition. They said it was bad luck to blow a whistle in a theatre. But Mick got Tom Murphy to pose for the shot and the picture was in the paper the next morning.

Another time he was sent to Derry to get a photo of a parrot (no wonder The Press closed down). Nobody knew if the parrot was a former freedom fighter, a soldier, or a double-talking agent working for MI5. But Mick got the picture, of course. Out-talking a parrot and getting him to pose for a shot was no problem at all.

He photographed and knew every major politician of the day, including several taoisigh.

Albert Reynolds once offered him a car full of pet food. “Ah, I don't think so Albert, the dog wouldn't be able for all that,” says Mick.

But it was when I came to the Democrat that I really got to know Mick Slevin and as my colleague Gavin McLaughlin writes here on this page, Mick was the most helpful and kindest colleague you could ever hope to work with. As well as that he was a highly regarded and valued friend.