Local music artists that could be making waves 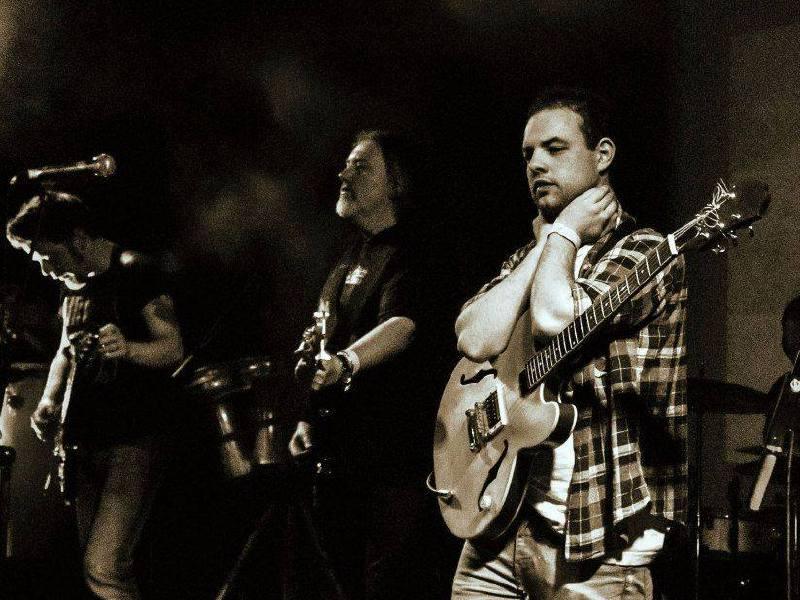 Combining the post-punk sounds of the 80's, the sub-pop sounds of the 90's and different elements of rock, punk and metal, Podrader have crafted their own signature sound, that has thrilled audiences all across the nation and beyond. The band, who consist of Alan Anderson (vocals, guitar), Damien Carroll (bass, backing-vocals) and Keith Mullholland (drums, backing-vocals) have shared the stage with some of the finest bands to have emerged from Ireland and beyond, having recently supported Kerbdog on their 2015 tour.

The band’s debut album "Parking Cars & Pumping Gas" was released on September 29th 2012. The band recently took to Blackrock Recording Studios to record a special track for a special album which is expected to be released this summer and are feverishly rehearsing new material for their long awaited second album which is due to be recorded later in the year.

Sonnets and Sisters have been packing venues such as The Spirit Store, The Market Bar and Eoin's Bar recently, due to their fantastic musicianship and harmonious sound.

The band released their debut single 'Take What You Want' on Friday 13th May in The Spirit Store, again to a sold out audience. The band, formally known as SAS, consist of Stephanie Winters (vocals/keyboard/percussion), Anton Hande (vocals/guitar), Saidhbhin Gorham (vocals/ guitar/bass/percussion), Harry Stover (drums/percussion).

The new single has already gained huge air-play and positive reviews, which can only be maximised in the future.

The story of Evil Presidentes began in the summer of 2009 in the old backroom of The Spirit Store. Cousins Neil Waters & James Kenny, who both shared a love of both rock 'n' roll & hip hop. The duo started off what is now known as the ‘Band of DJs’, a collective of local musicians meandering through a mix of hard rock & electronic sounds.

You can listen to Evil Presidentes mixes and live performances on www.soundcloud.com/evil-presidentes

The band’s debut single 'Ms. Summer Breeze' the fantastic music video for which, filmed in the cool surroundings of 23 Seats has received 3,361 views on YouTube (at time of going to press).

Just Mustard launched their debut, 5-track EP in An Táin Arts Centre on May 7th. The band released the catchy single 'Lemon Smiles' last year, the hypnotic music video for the bands equally hypnotic song 'Greedy Ape' has gained over 1000 views on YouTube.

The two-piece Permanent Déjà Vú who consist of Gavin Wynne (vocals, guitar) Grace Wynne (vocals, keyboard) have released two albums so far, 2012's 'Palace in Flames' and 2014's 'One Book, Write Down Another'. The duo have been praised for their lyrical depth and melodic appeal, rooted in classic songwriting.

Their new music video for their brand new single 'Signature Piece' was shot in locations throughout the town. The clever video has been the topic of much debate with music-fans throughout the town, who are trying to break down the video's cryptic plot. e Permanent Déjà Vú's music can be purchased on www.permanentdejavu.bandcamp.com.

With diverse influences ranging from Daft Punk to At The Drive-In, New Order to Ennio Morricone, The Future West have become the authors of some of the most unique sounding songs written.

The band, who formed in late 2015, consist of Francis Watters (vocals),Rorie Ball (guitar), Sean Bradley (guitar),David Joyce (Synths), Robert Clarke (bass) and David Noonan (drums), launched their debut single 'Call Me Stupid' to a sold out crowd in The Spirit Store, earning them the title as one of the most anticipated live bands of 2016.

One of the most successful bands to recently emerge from 'The Lock-Up' practice space on The Castletown Road. Arco Arena have performed in venues throughou the town such as McManus' Pub, as well as an intimate acoustic gig in Blade FX Barbershop.

The band have also toured across Ireland in venues such as The 1440 in Portadown, to name but one. The very promising band consists of Charlie Abbott (vocals, guitar), Peter McCoy (guitar), Pauric McCrum (drums, percussion) and Eoghan Maguire (vocals, bass). Keep an eye out for them, at a venue near you soon.

Æ Mak were formed by Aoife McCann and Ellie McMahon, who met each other in 2011, both vocal students at BIMM Dublin. Aoife and Ellie have fused their background in musical-theatre with an eclectic array of influences, including Bjork, tUnE-yArDs, Django Django, Lykke Li, Arcade Fire, Sylvan Esso, Anita O'Day, to help shape a unique sound and performance style. The band, which also features Alin Sean Leonard (guitar, keys), Colm Rogan (guitar, keys, bass), Dylan Povey (drums) and Peter Kelly (percussion) are set to perform at this year’s Body & Soul Festival, which takes place on the grounds of Ballinlough Castle, Clonmellon, Co. Westmeath. Their debut single 'I Can Feel It In My Bones' can be stremed on SoundCloud, www.soundcloud.com/aemakoffical.

We, The Oceanographers are a three piece lo-fi indie pop band consisting of Conal McIntyre, Joey Edwards and Seán Bradley.

After releasing their debut album in March 2015 and achieving critical acclaim, the band went on on to play a European tour in the summer of 2015, as well as playing a part in some Irish Festivals. The band have a released a series of EP's under the '@ventures' title

Amongst The Wolves, who consist of Stephen Cummins (vocals, guitar) Baz Black (drums) and newly recruited bass player Eoin Madden released their self-titled EP back in April. The band will head back into the studio in July to record the remainder of their eagerly anticipated debut album. Those awaiting the new album can catch the band live in venues such as Sarsfields, for a night of high energy Punk Rock. The 'Amongst The Wolves' EP can be purchased on iTunes and streamed on Spotify.

Elephant, aka, multi-instrumentalist Shane Clarke, creates songs that are reminiscent of artists such as Badly Drawn Boy and Elliot Smith, and combines them with a more meandering style of music, similar to the likes of Broken Social Scene, Justin Vernon and Joanna Newsom. Earing him huge critical acclaim.

Elephant has received much praise for his live performances, sharing the stage with Martha Wainwright, BC Camplight, whilst also earning slots at most of the country’s top festivals including Electric Picnic and Body & Soul as well as two trips to Dingle's Other Voices music trail.