Scoraiocht show from Dunleer goes out on Sky television 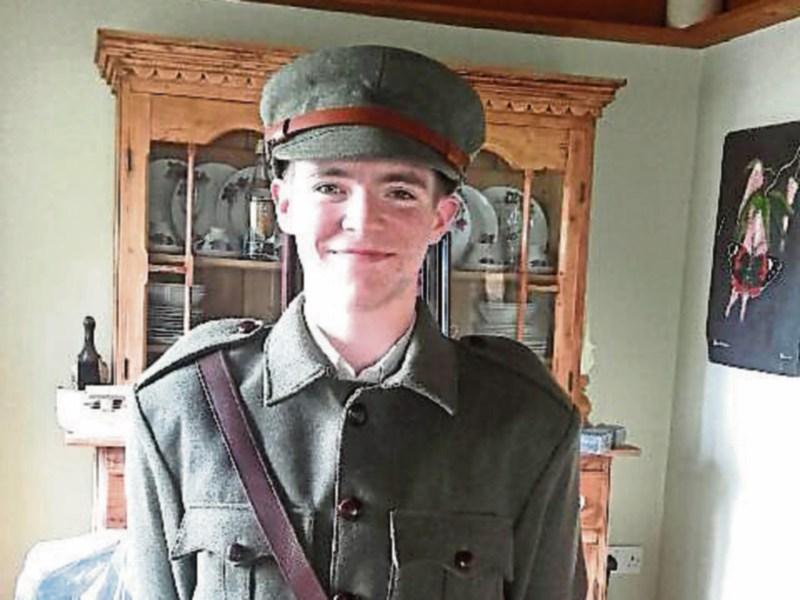 The hugely successful concert at Teach Scoraiocht Dunleer, commemorating the Easter Rising will be broadcast on Sky 191 this thursday 21 April at 6.30pm and members of the group are now planning a visit to Wales where Irish Volunteers were interred after the Easter Rising.

Siobhan Farrelly from Tenure sang her beautiful version of “She moved through the Fair” and also played fiddle with the music group all evening.

Niamh Cummins of Smarmore sang the Ballad of James Connolly and David O Brien from Monasterboice performed ” Grace” the love story of Joseph Plunkett and Grace Gifford who married in Kilmainham Jail just hours before Plunkett was shot.

Rose Downes from Collon played the part of nurse Elizabeth Farrell who acted as a go between the British Army and the Provisional Government led by Padraig Pearse to bring about the surrender which helped to save many lives.

Bernard Carrie from Dunleer on Bass guitar sang a number of songs supported by Declan Reynolds from Dunleer on Electric Drums and Cormac Sharkey from Ardee played guitar and acted the part of one of the Volunteer Soldiers in the GPO scene.

Sean Clare from Dunleer played the Accordion for the evening.

Tommy McCabe and Brian Byrne from Togher and Oliver Lynch from Philipstown acted the parts of the soldiers in the GPO scene.

The children of Scoraíocht performed their Circle of Music led by teachers. Rose Downes, Aoife Downes both from Collon, Liam Reynolds, Bartle Woods, Charlotte Lynch from Philipstown, Rosa and Dara Durrigan from Ardee and Niall McCullough from Philipstown.

Bernadette Sharkey from Ardee looked after the finances for the evening assisted by Owen O'Regan. Ciara Durrigan the shop.

Thanks to Gearoid Conlon on lights and special effects and film footage. Also thanks to Oliver Lynch on spot light.

Thanks to all the parents who helped out and Ollie Devine the Teach Scoraíocht caretaker.