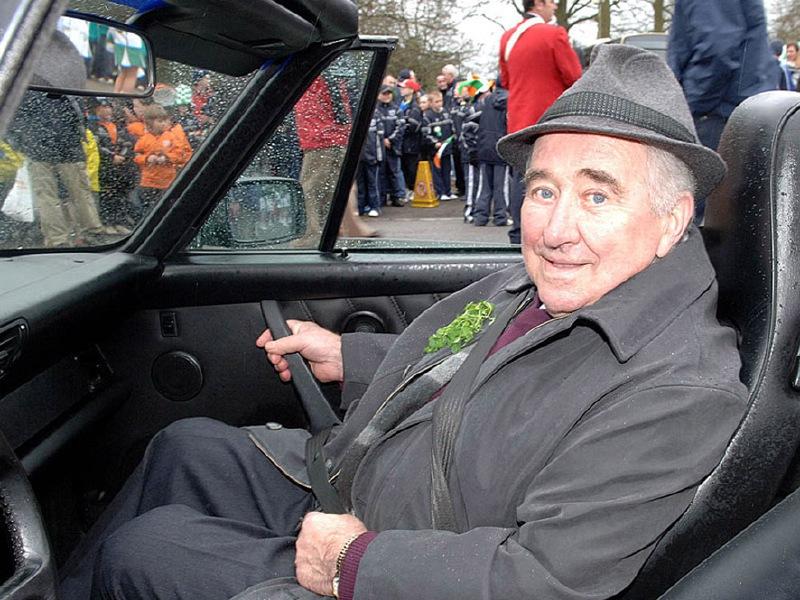 Hundreds turned out on St Patrick’s Day in Ardee for the funeral of Jimmy Bradley, former fire officer and Ardee Town Commissioner.

Jimmy, from Lambs Terrace Ardee, died peacefully in the loving care of the staff of Moorehall Lodge Ardee.

In 2007 Jimmy was the Grand Marshall in the St Patrick’s day Parade, an honour that was well deserved, as he had served the town and its people over the years with great dignity and respect for others.

Over the years, he saw many changes to the old town. As the former Station Officer, Ardee Fire Brigade, he attended the blessing of the new brigade when the new fire station opened in Ardee in August 2002.

He also represented the people of the town on the Ardee Town Commissioners and helped to bring about many changes in the town.

It was the pioneering work of the commissioners, later the town council, that built the new civic offices at the Fair Green and also housed the district courthouse.

Ardee Castle was refurbished, thanks to the lobbying of the commissioners and council.

The ancient townhouse is currently not open to the public but moves are being made by Louth County Council to open it on a permanent basis.

Last year, it was announced that €1.2 million would be earmarked for development on the ancient townhouse.

After reposing at his home, removal took place to the Church of the Nativity of Our Lady, Ardee on St Patrick’s Day for Mass. Burial was in Balapousta. cemetery.