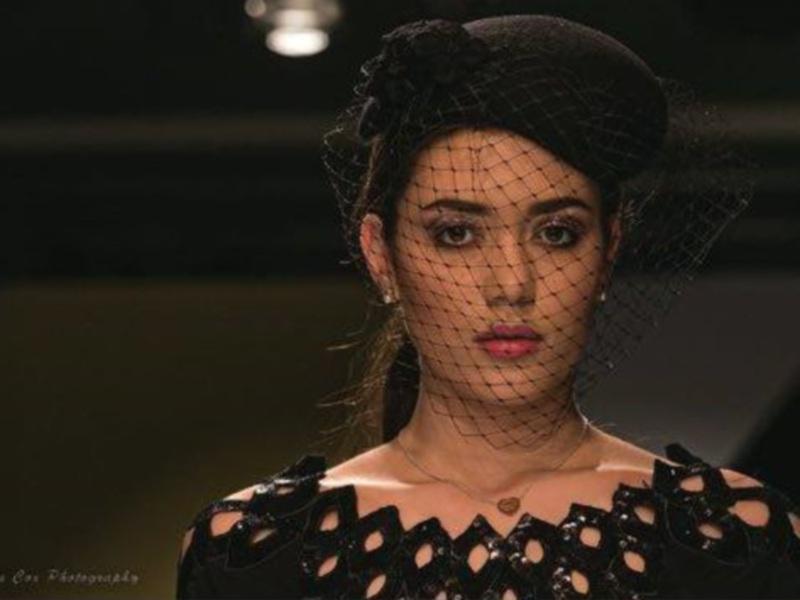 Local model Stefania Egan left Belfast Fashion Week shaken and quite possibly stirred last week when she donned a hat that featured in the most recent James Bond outing.

Stefania- from Blackrock - wore the hat that was worn by Monica Bellucci in 'Spectre'.

The black hat looked so stunning on Bond girl Monica Bellucci that the owner of Belfast fashion boutique - Jourdan Boutique - Pat Jourdan Scott says that she just had to get it.

It was worn at a funeral in the film but there are already several orders for it in ivory to be worn at weddings retailing at £99 it's not just for Bond girls.

Stefania was picked up by Belfast based talent agency CMPR in 2014 as a 13-year-old, after they were struck by her portfolio which was submitted last year.

She is a firm favourite on the Belfast fashion circuit, when she can make time around her schedule as a schoolgirl at Dundalk Grammar School of course.

Stefania gets her looks from her half Greek/half Panamanian mother Anna Egan and her Irish father Stephen Egan.