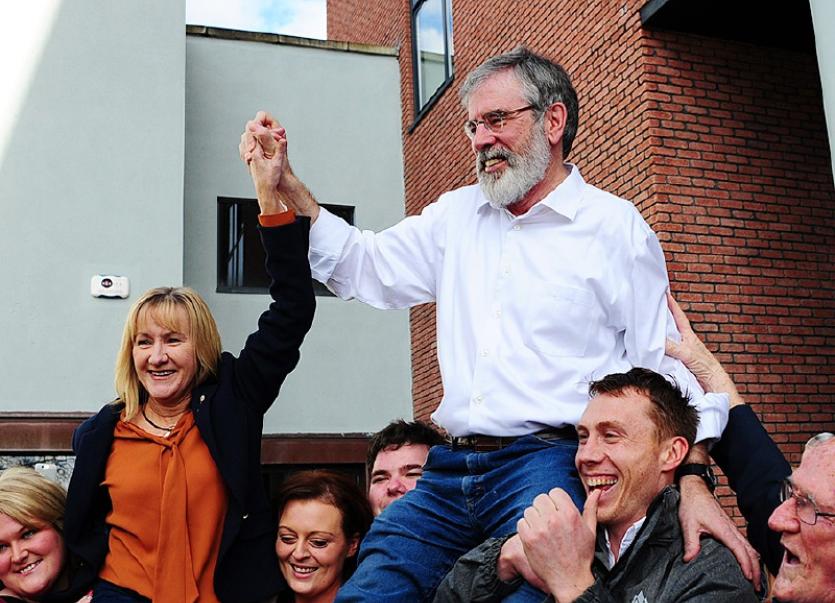 Gerry Adams came in to secure Arthur Morgan’s seat in 2011. It was his first election campaign south of the border and he strolled home with almost 22 per cent of the vote.

This was the third largest first preference vote in the entire country.

This time the Sinn Fein share of the vote was 29 per cent. And this time Adams was joined by Cllr Imelda Munster.

Imelda Munster had a real battle ground in her home base of Drogheda. But she did spectacularly well and became the first woman to be elected to represent Louth in the Dail.

Gerry Adams had a difficult campaign. He was under fire from some of the national media but managed to run a good local campaign.

He promoted the party manifesto and attacked the Government’s record.

He said those people in Louth who have lost home help hours or have seen their income slashed, or are one of the 5,000 citizens on the housing waiting list, or who have spent hours on trolleys in Our Lady of Lourdes in Drogheda, dismissed empty election promises and auction politics.

“In Government,” he said “Fine Gael had presided over an unprecedented housing and homeless crisis, chaos in our hospitals, the closure of Garda stations and abandonment of rural communities.”

Sinn Fein won more votes than any other party in the 2014 local elections here in Louth. On that occasion Imelda Munster, had nearly double the quota when she stormed home on the first count.

She had been building on that personal strength and Sinn Fein have mastered their vote management over the years, so two seats in Louth was no real surprise to anyone.

It was good diligent vote management by Sinn Fein that saw the party return two deputies to Dail Eireann.

And in Munster's case a very significant piece of history has been made as she is of course the first woman from this constituency to represent the people in Dail Eireann.

She has been a county councillor for 12 years.

"Gerry Adams is a huge asset to our party. A leader for 32 years. We’re very proud to have him as our leader."