Breathnach first past the post; Sinn Fein has the first female TD for Louth; while Fitzpatrick hangs on 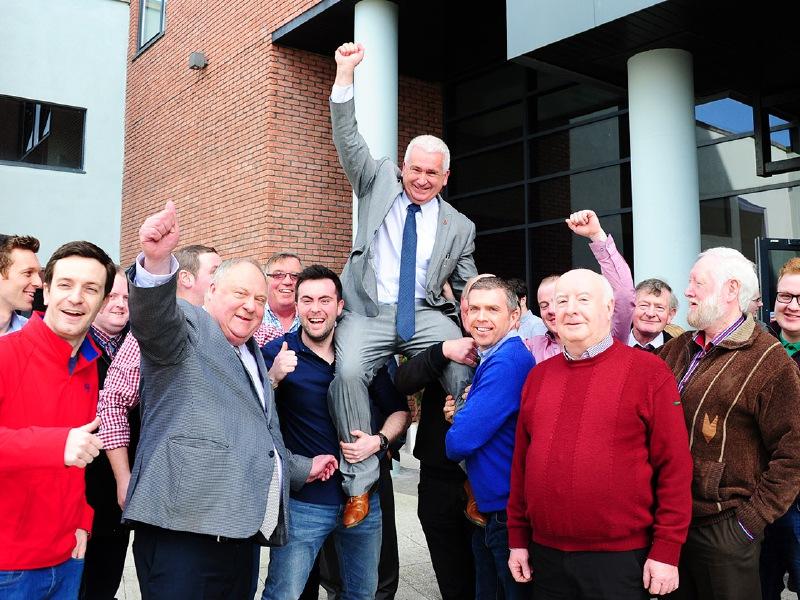 It’s the centenary of the Easter Rising and what better year for Sinn Fein to make history here in Louth.

Imelda Munster took a seat for the party and became the county’s first female TD.

It was excellent vote management by the party whose share of the vote was 28.9 per cent.

“I couldn’t do this without them and particularly the SF team here in Louth,” and the good people of Louth who have returned me and hopefully two TDs back to the Dail,” Mr Adams said.

“This is another step in the realignment of politics across this state, this island and you’re going to see more of it in the time ahead.”

It was also a good day for Fine Gael as they held on to their two seats, going against the national trend.

O’Dowd, who has proved himself a very able TD, held his own in Drogheda against Ged Nash and Sinn Fein’s Imelda Munster, and brother Michael O’Dowd who polled 2,095 first preferences.

He won the fight for the last seat beating Labour's Ged Nash by just 292 votes.

Fianna Fail’s Declan Breathnach did well all over the county as Fianna Fail’s main runner. He had 9,099 first preferences, 13.5 per cent of the vote.

Emma Coffey of Fianna Fail was standing in her first election. She 3,422 first preferences, 5.1 per cent of the vote.

Breathnach is a man who has waited for his time. Seamus Kirk was not standing this time and Fianna Fail were expected to take at least one seat.

Breathnach is one of Louth’s most experienced county councillors and has led the way locally on issues such as fuel laundering, housing, roads, jobs and tourism.

Their party colleague, Fianna Fail councillor Conor Keelan said he was pleased with the way the campaign had gone for the party and that Declan Breathnach had held a seat.

He was also pleased with the showing of Emma Coffey.

For the Green Party Mark Dearey had 3,187 first preferences 4.7 per cent of the vote.

Garrett Weldon People Against Profit Weldon did brilliantly. He had 3,462 first preferences, 5.1 per cent of the vote.