The armed Garda unit must stay in this area 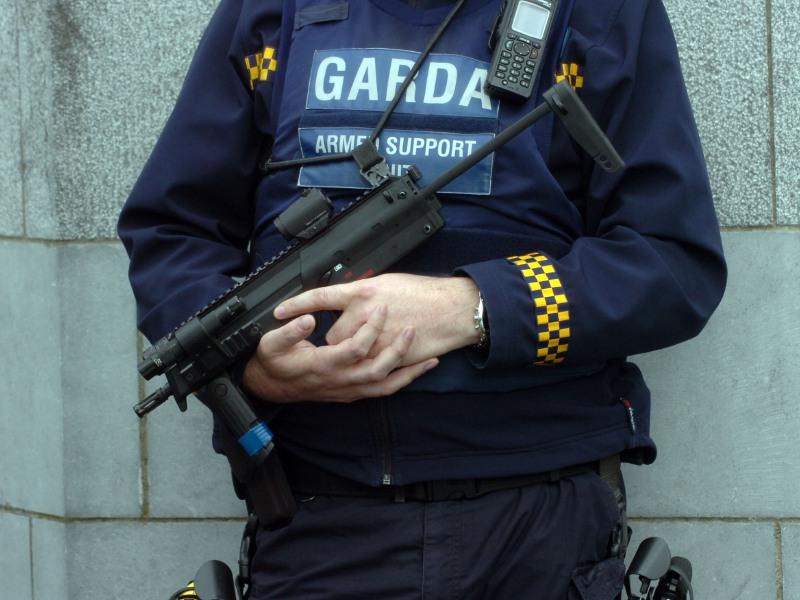 Members of the Garda’s Emergency Response Unit (ERU) deployed to the area after the killing last year of Garda Tony Golden last October are still operating in the area despite reports that they have been transferred to Dublin.

Last Thursday The Irish Times reported that the armed unit had been redeployed to deal with the gangland feud in Dublin.

However, as if in response to the story, members of the unit were in Blackrock on Thursday afternoon supporting their colleagues at a checkpoint.

Reports of the transfer of the armed response unit to Dublin have been quickly seized upon by critics as proof that Garda resources are not adequate to deal with violent gangs.

The ERU was sent here last October after the murder of Garda Tony Golden at Omeath and subsequent allegations that this area does not have the garda numbers to deal with border criminals.

The murder of Garda Tony Golden came less than three years after the murder of Detective Garda Adrian Donohoe at Lordship.

Frequent checkpoints and patrols have been set up in the Dundalk and north Louth area since the ERU was deployed in the area.

This remained the case up until last week.

Just a few months ago, Cllrs Mark Dearey and Maria Doyle called on the Garda Commissioner to deploy more garda resources in this area.

Cllr Doyle proposed that the Dundalk Local Police Forum write to the commissioner to outline the case being made for what Cllr Dearey referred to as "evidence based deployment".

Cllr Dearey, expressed his disappointment that no firm proposals came from the TDs or senators at Louth IFA meeting on rural crime.

Since the election was declared crime has become a major issue.

Cllr Dearey has claimed that if garda resources were focussed on where crime is more prevalent within the northern region, Louth would have a substantially larger garda force than at present.

"A quick look at the stats for the most recent period will bear this out," Dearey said. He has compared crime rates in Louth with Sligo-Leitrim.

"I chose Sligo Leitrim on the basis that at 30 gardai per 10,000 of population, that division enjoys the best ratio in the country. My question is, on what basis was that resourcing decision made?

"Certainly it was not based on the most recent crime figures which show that if the resources were to follow the crime, Louth would have a permanent force of well over 300 gardai.

“The resources are already within the region in my view, but they need to be focussed on where they are most needed. And unfortunately that is in our own county. There are a number of reasons for this, related to drugs, deprivation and the on going activity of paramilitary gangs on the border.

“But whatever the reasons, the stats don't lie and the case, in my view, is conclusive.

“The suggestion from Cllr Breathnach that the Army might be deployed to improve community safety, is patently not realistic. Nor would it be necessary, if garda resources were better allocated and managed," Cllr Dearey concluded.

Moving the motion to write to the commissioner, Cllr Doyle pointed out that in education, deploying teaching resources based on educational outcomes was becoming the norm and that we need a similar approach from an Garda Siochana.

“Responsibility for Garda deployment rests with the commissioner and I propose we write and request she address the clear need in this county for more gardai,” Cllr Doyle said.

Cllr Dearey seconded the motion, while Superintendent Curley who attended the forum indicated that he had no issue with it as it was a decision for the members.