Padraic O’Connor: ‘Eamon was a man of character’ 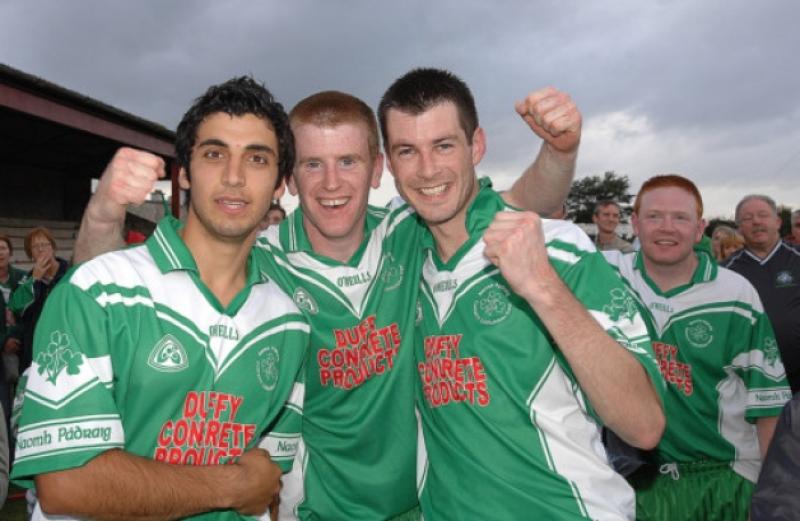 Eamon Carroll was a St Patrick’s player all his life, WRITES PADRAIC O’CONNOR.

Eamon Carroll was a St Patrick’s player all his life, WRITES PADRAIC O’CONNOR.

He won his first of six Senior Championship medals in 2003 when he was just 21 years old and was a vital member of the team over the next 11 years which saw him win an additional five Championship medals the last one on Sunday last in Drogheda when he scored a point and played exceptionally well in his customary half forward position.

He played the game with a skill that many admired but few could copy and had a sweet left foot on him, defenders bought his classic sidestep so much so that by the time they recovered the ball was either over the bar or in the net.

He was a man of character both on and off the field of play and was respected by players young and old alike and during my term as Chairman of the St Pat’s club I found him to be ever friendly and polite.

He wore the red and white jersey of Louth with pride and distinction on a number of occasions at various levels but his lifelong love was his beloved St Patrick’s GFC.

Eamon on a personal level was a true gentleman and would always take time to say hello and pass the time of day with everyone he met.

His sporting talents were not just restricted to Gaelic football but he was also an accomplished soccer player and golfer.

This year there were a number of players in the St Pats team who were deciding whether they could commit to the team for the 2014 Championship due to family and work commitments.

Eamon was among that group and typical of the man and to the benefit of the team he agreed to play for another year and subsequently ensured his team would achieve their aim of capturing the Joe Ward.

On Monday night I spoke to him and asked him if he would tog out for another year and his reply was “Let’s get Leinster out of the way first then we’ll see,” little did I know the tragic sequence of events which would lead to us attending his funeral mass on Friday.

Eamon will remain forever young in our memories and will be an inspiration to all Gaelic footballers within the club and county for generations.

On behalf of Louth GAA I would like to take this opportunity to extend our deepest and heartfelt sympathies to Joe and Geraldine, Francis, Sinead, Grace and Fiona and their extended family.