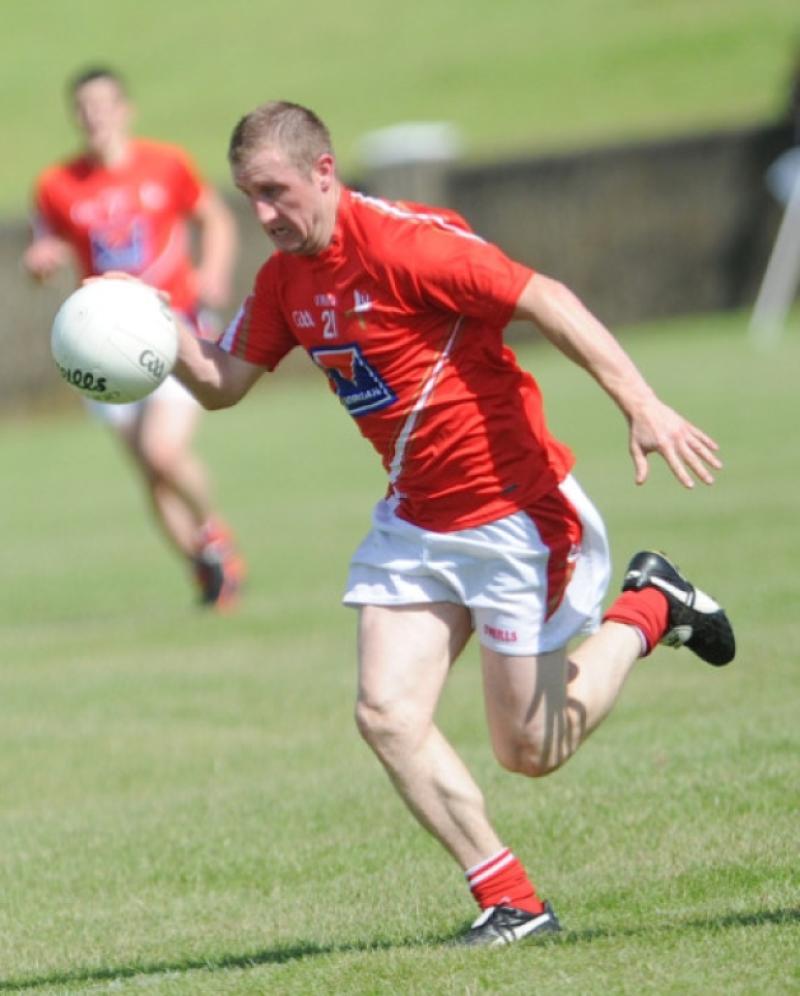 It’s Thursday evening. There’s not a breath of air out and a limp warm breeze dusts the wide expanse of the main pitch at the Darver Centre of Excellence.

It’s Thursday evening. There’s not a breath of air out and a limp warm breeze dusts the wide expanse of the main pitch at the Darver Centre of Excellence.

The pitch itself is amongst one of the largest around. The Louth panel have trained on it all year. It suits them.

Come Saturday evening they’ll run out on to a big pitch down in Newbridge at Conleth’s Park. There’s a growing sense that it could also suit them too.

The issue surrounding the use of The Gaelic Grounds in Drogheda as The Wee County’s base of operations this year has stirred up considerable debate from all sides.

Undoubtedly Louth have performed better away from home than in the tight confines of Drogheda. Down in O’Moore Park in Portlaoise O’Rourke’s men put in their best performance of the championship to date against Laois on day one.

Derek Crilly believes that Conleth’s Park will be a welcome return.

“Probably playing on a better pitch and bigger pitch will definitely benefit the team. Drogheda has been in good condition for the last couple of weeks, but I think we definitely play our best football away from there, that’s no disrespect to O’Raghallaigh’s they had the pitch in great condition but I feel over the last couple of years we’ve played our best football away.”

Few will disagree with that statement and many will also agree that drawing the Lilywhites was arguably the best draw for Louth.

“It was probably the plum draw of all the teams that were left”, agrees Crilly. “They’re probably one of the hardest teams we could’ve drawn, but its a team we don’t fear. It’s a game that we’re definitely looking forward to playing.”

The Gaels man has fond memories of 2010 when Louth surprised everyone by achieving a stunning six point victory against Kildare in the Leinster quarter finals.

“I remember back then, there was nothing expected at that stage and everything seemed to click that day. I think we kicked 1-22 that day. If we get anywhere near that kind of performance we’ll be flying”, adds the Louth half back.

Before that win in 2010 it was 1995 when the Reds last got one over the Lilywhites in the championship, however, overall Louth have a decent record against Kildare. Still some records count for little on big days.

Yet under McGeeney, Kildare haven’t lost a qualifier, it’s a daunting challenge all the same. But Louth need to play big games against big teams if they are to progress and step up.

“We’ve a very good record against Kildare. I suppose it’s nice to test yourself, they are one of the top seven or eight teams in the country. It’s a good test to see where we are, and how much we have come on”, explains Crilly.

The Louth team have come in for a bit of criticism about their performances against Wexford and Antrim. Crilly is aware that they need to replicate the type of all-action display that saw them past Laois.

“We’re a good team when we play like we did against Laois, maybe that performance might have been better saved for later in the championship. But we’ve got a chance now to rectify that.

“The start of the year was all about trying to get to a quarter final or a last twelve and that’s still the goal this time. We’re hoping to put in a better performance than we did against Laois and definitely against Wexford and Antrim.”

From a personal standpoint Crilly knows the defending wasn’t good enough at times against Antrim. Kildare will not allow The Wee County such an easy run.

“I was one of those defenders (against Antrim) and I wouldn’t be any way happy with the performance. It’s a good opportunity, against Antrim we hopefully got the bad performance out of the way. We know we have to be an awful lot better against Kildare. They will punish us if we give them as much space and as much time on the ball as we gave to Antrim.”