Christy Bellew shaping up to to be a classic battle 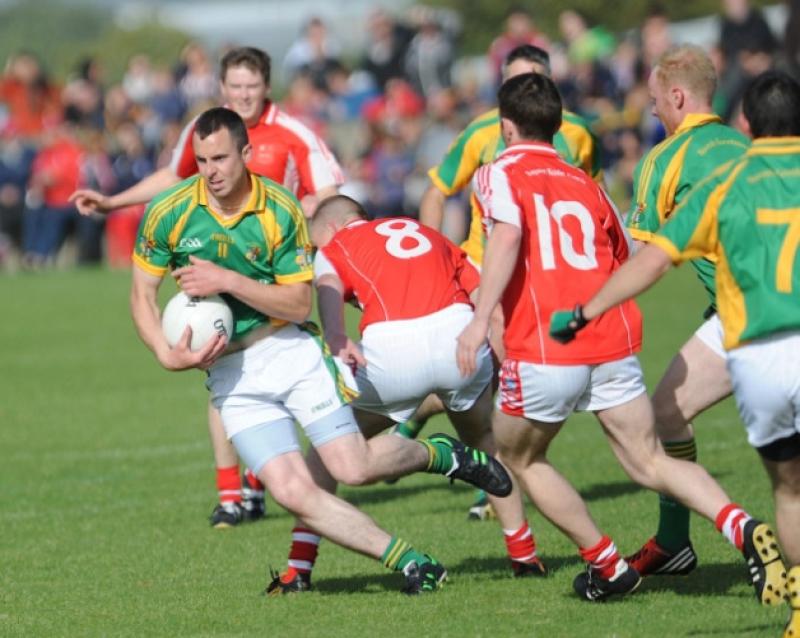 It may be his freshman year, but Wayne Kieran has enough experience in his locker to take on the task of bringing ‘nearly men’ Naomh Fionnbarra to Christy Bellew glory.

It may be his freshman year, but Wayne Kieran has enough experience in his locker to take on the task of bringing ‘nearly men’ Naomh Fionnbarra to Christy Bellew glory.

Last year the Ballygassan side were pipped at the post by a dominant Hunterstown Rovers side, who would eventually go on to contest a close fought Leinster final in the process.

If results in the league and Kevin Mullen Shield (joint top of the former and winners of the latter) this season are anything to go by though, then Kieran is proving that he is made up of the right stuff for club management. With only one defeat this year (an insignificant Mullen Shield group loss to St Kevin’s) tarnishing an impeccable early season record, the whiff of the favourites tag is never going to be too far away.

In a previous life, the 39-year-old was a selector with O’Connell’s during that memorable year of 2012, when they lifted the Intermediate championship, contested a Cardinal O’Donnell league final and narrowly missed out on provincial honours in the Leinster club championship. It’s all good preparation and experience, according to Kierans, for the bigger job of management.

“I’m football through and through,” begins Kieran, with the excitement of a teenager kicking points down in the field, “and when this job came up I grabbed it with both hands.

“It was a chance to test myself and to put my own stamp, my own set up on something.”

Of course it helps that he was taking over a team that had only just missed out on county honours the year before. The talent was already there. However, as Kierans explains, the Finbarrs have lost some unique and important players this summer. Most notably star full forward William Woods, who has departed for the US in recent weeks.

Still, the Finbarrs players have readily accepted Kierans’ new philosophies and practices. Training is the be all and end all according to the new man.

“A lot of what we’ve brought in would be new to them. We’ve tried not to separate training, as in, we’ll do ball work and fitness work on the same nights, no one night will just be fitness, or just ball work.”

It seems to be working so far. Their group in this year’s Junior Championship will be a testing one, but they should have enough in the tank to easily reach the next round. Be that as it may, Kieran is focusing on each game, starting with a league clash last weekend.

The championship will have to wait. For just a little bit longer anyway.

With Naomh Fionnbarra high on the favourites list, who else could go the distance?

Having surprised many with their start to the year, Westerns could be the dark horses. An unbeaten start to the league has seen optimism grow out in Reaghstown, and with the likes of Tommy Durnin hitting top form, anything is possible.

Elsewhere, in Tullyallen there’s a feeling that their 2012 Junior Championship title win came a bit too soon for Glen Emmets. Last year they crashed out of the Intermediate Championship with barely a whimper and with the Glens strugglling to field their strongest side,so far, plus the news that star forward Conor Grimes broke his hand just last week on county duty with Louth, it’s a big ask for them to try and claim the Christy Bellew trophy, but it’s not beyond the realms of possibility all the same.

Forever the bridesmaid and never the bride, Oliver Plunketts have been touted for the Junior Championship for the last number of years by virtue of their higher standing in the leagues. to date a title has failed to materialise, but with the Drogheda side flying high at the top of division two this season, maybe 2014 will be the year they finally claim what many people believe is their rightful prize.

For an outside bet, look no further than Lannleire. With A Mullen Plate in the bank, they’ll have little to lose.