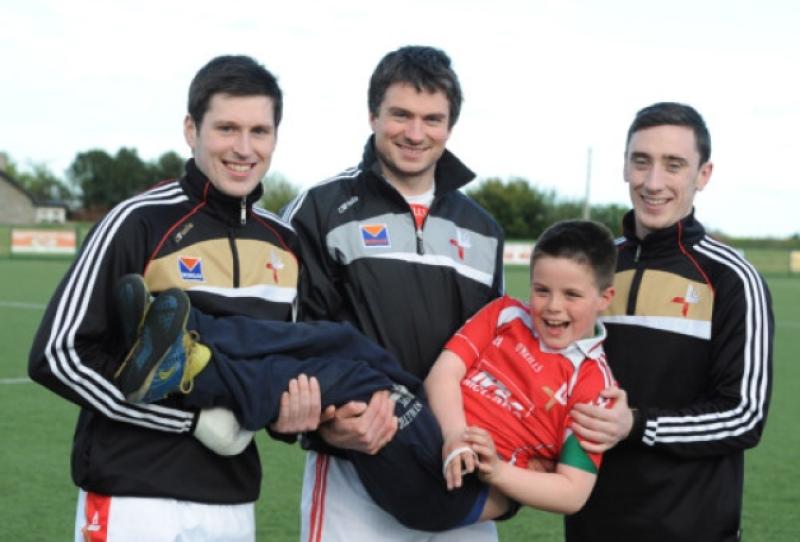 For such a wee county, Louth have had to deal with some big controversies in the Leinster Championship. The mere mention of the words “Meath” and “2010” are enough to stir-up painful reveries in every Wee County fan.

For such a wee county, Louth have had to deal with some big controversies in the Leinster Championship. The mere mention of the words “Meath” and “2010” are enough to stir-up painful reveries in every Wee County fan.

Another debacle which caused much commotion and debate at the time (although not nearly as heartbreaking as 2010) was the infamous brawl between Louth and Laois players during the Wee County’s Leinster Championship semi-final replay defeat in Croke Park back in 1991.

The fisticuffs and handbags are immortalised in a short, grainy video of the incident available on YouTube.

It may only be eighteen seconds long, but it makes for rather unpleasant viewing all the same. The fallout was all the more serious given that the match was shown live on television at the time and was held in HQ itself.

Following the game, representatives from both counties were called to a hastily convened Leinster Council meeting in which they were called on to explain how the match deteriorated into “one of the ugliest bouts of fighting seen at the venue since an infamous clash between Cork and Kerry in Munster a few seasons before.”

At the time Louth officials stated that the match descended into mass pandemonium following a number of serious off-the-ball incidents which the referee failed to pick up on.

Louth had caused a huge upset that year by knocking out Kildare in the quarter finals (having seen off Longford in the opening round) and the Reds knew a win over the O’Moore County would put them in a first Leinster final since 1960, and offer a chance of a first title since 1957.

Ultimately, it would not come to pass that year for Frank Lynch’s side, as Laois progressed to a Leinster final date with Meath, which they promptly lost by six points.

That the Wee County should have won the original drawn game - having squandered a hatful of chances - has gone down in lore as another one of Louth’s “oh so very close” hard luck stories.

The Reds would gain revenge just one year later when they beat Laois in the 1992 Leinster Quarter final by 0-13 to 1-9.

Fortunately, that year’s Leinster Championship would become more remembered due to the memorable four match first round saga between the heavy weights of Dublin and Meath. It took a David Beggy point at the bitter end of the fourth match to eventually see the Royals through to the semi finals. Without any off-the-ball controversy.