Rooney has experienced both sides of a senior final 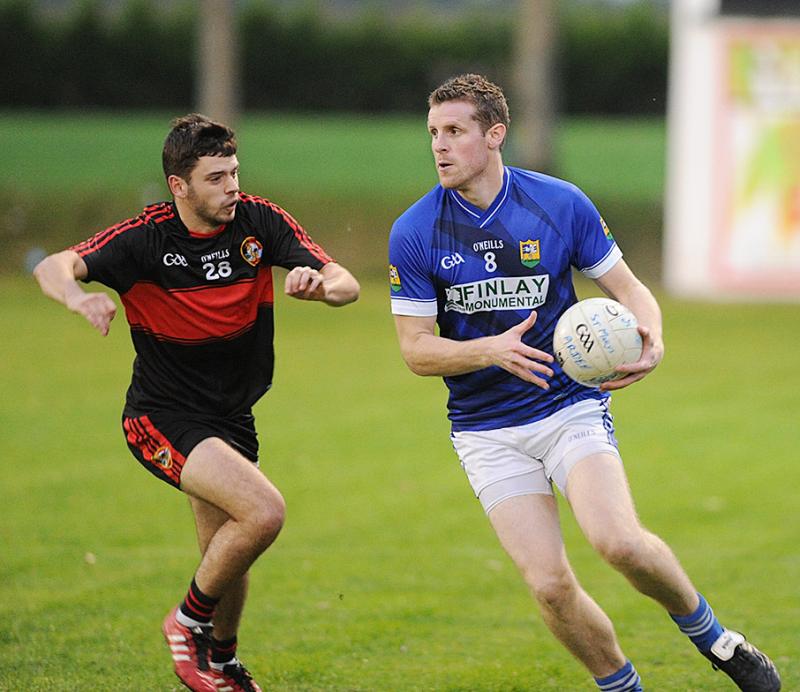 Ken is one part of a five-man Ardee St Mary’s management team that has steered the mid-Louth men to this year’s Louth Senior Championship final.

Alan his brother, won the Joe Ward alongside Ken in 1995 while Hugh was a sub on that day 21 years ago. To bridge the gap even further, Brian Keenan, also a sub in ’95 played in the losing Ardee side in 2003 with Alan McKenny.

The football acumen is there, good and bad.

“We pass it on and try to give our little bit of experience and hope that you would get something across to the boys about believing and giving it their best shot,” added Rooney.

The dream setup that has turned the club around emerged out of a nightmare situation as they were only drafted in after high profile manager Jack Sheehy departed midway through the season. Ken said that both the management team and squad got the perfect start winning the Paddy Sheelan cup.

“It just gave the lads a little bit of belief,” he stated. “We were in the final last year and I don’t know if the lads really believed in themselves.

“Then we went off this year and we won it and it just gave them a bit of a boost going forward that they thought, oh maybe we can contest the Senior Championship.”

However, it’s between the white lines where the destination of the Joe Ward will be decided and Ardee have a side with a nice blend of youth and experience.

“In general, the team is playing well you know yourself when you go into finals you need the bit of experience with you and hopefully we will have that with the likes of Darren Clarke and Ronan Carroll, they’re former county men and you’re hoping that them boys will bring that experience to the younger boys.”

Ken is also wary of the threat that the Sean O’Mahonys pose.

“The O’Mahonys would be favourites going into it now,” he said.  “When you look at it, since they came back up to senior they’ve been contesting Cardinal O’Donnell semi-finals.

Rooney, though, feels his side have more than an outside of bringing the trophy back to mid-Louth.

“At the start of the season no-one ever gave us a chance, but here we are in the final.

“Going forward with the club, it’s a great achievement to get to the senior final with the young team that we have.

“The squad is fit and we’re hoping the day we can put in the performance and get across the line.”