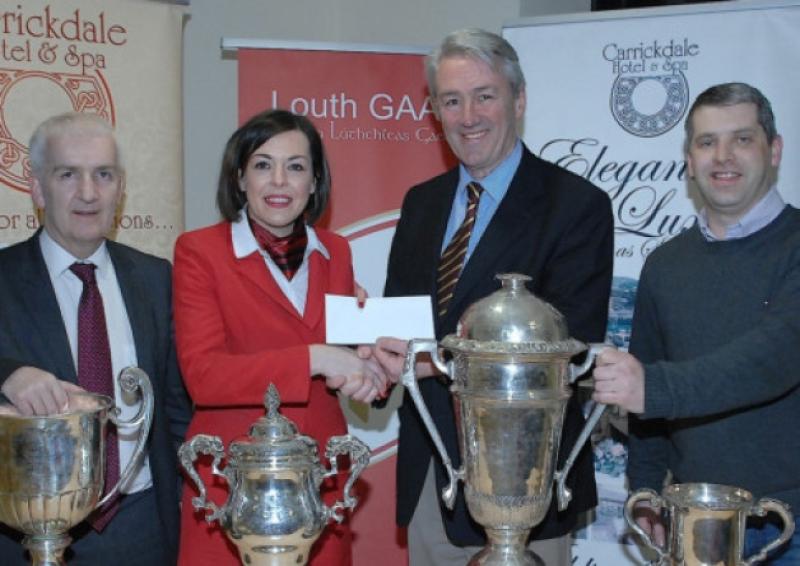 The standout group of this year’s Carrickdale sponsored Senior Football Championship sees fierce peninsula rivals St Patrick’s and Cooley Kickhams pitted against each other in a spicy looking group four.

The standout group of this year’s Carrickdale sponsored Senior Football Championship sees fierce peninsula rivals St Patrick’s and Cooley Kickhams pitted against each other in a spicy looking group four.

The current Joe Ward cup holders from the Lordship are looking to achieve a three in a row of senior championships in 2013 - something not done since the great Cooley team of the 1970’s.

Last year the peninsula rivals faced each other in the semi final at Dowdallshill. That day St Patrick’s were the deserving winners as they steamrolled their way past Cooley and then Dreadnots in the showpiece final in Drogheda.

This year Cooley are under the management of Adrian Sheelan and the dyed in the wool Kickhams man knows his side are in for a tough championship.

“It’s a tough draw all right. Of course St Pat’s is a big game, but Kilkerley will put it up to both sides. Anybody with Shane Lennon in their side is decent”, stated Sheelan.

However in his first year at the helm, Sheelan is looking more at stabilization and building a solid foundation.

“We’ll hope to win a match in the championship first of all and not get dragged into a relegation play off. Last year we were lucky not to drop down in the league so we’ll be hoping to improve in the league as well.”

Perennial senior championship survivors Kilkerley look likely to face another tough prospect as they again battle to maintain their place at the top table of Louth football in that group.

Last year’s surprise package to a certain extent, and eventual finalists Dreadnots, face 2008 senior champions Newtown Blues and Dundalk Gaels in Group three. The clash with the Drogheda men will be a repeat of last year’s semi final and although the Clogherhead men will be seen as contenders again this year, Dreadnots representative Anthony Murphy believes the club will definitely continue their improvement under Paddy Clarke.

“We’re not afraid of anyone. We’ll take anyone on and I think we’re good enough to beat anyone.”

The Dreadnots are still a very young team and another year down the road has helped them gel even more according to Murphy.

“There’s a lot of young lads there and they’re all fitting together nicely. All the teams in this section are good teams. So every game is a championship final as far as we’re concerned.”

After a wonderful 2012, culminating in that Leinster Intermediate final against Monasterevin, hopes will be high that intermediate champions O’Connell’s can make the successful step up to senior championship level.

For the first time in a long time the weight of expectation will be off the Castlebellingham club though, but looking at the group (Group one -Glyde Rangers and Mattock Rangers), O’Connell’s captain Niall Conlon is confident his side can progress to the knockout stages.

“Of the eleven teams we could have gotten, there’s no easy teams. It’s a big step up for us. We were in senior before, but this time we’re going up with the tag of intermediate champions. We played a lot of teams in the division one of the league last year, so we know a bit about them”, explained Conlon.

“But taking a look at that group you’d be looking to get out of it. You need to win your two games.”

In the remaining group a derby of sorts will unfold on day one when Naomh Mairtin and O’Raghallaigh’s face off. O’Raghallaigh’s will be under the stewardship of Mark O’Reilly following the departure of Colin Kelly from the hotseat.

Meanwhile, the Monasterboice men will be hoping to improve upon last year’s disappointing downturn at the business end of the season. The Mairtin’s were top of Division One of the league and looking in fine form for the championship. However a late plummet in form put paid to any hopes of silverware.