INSIDE TRACK | If Louth won the All-Ireland... what song would play around Croke Park? 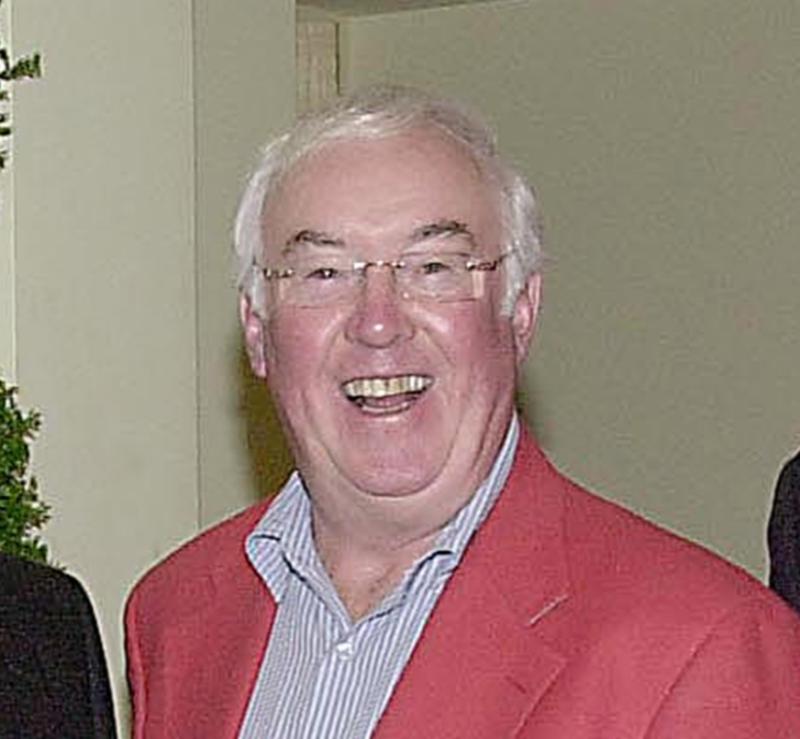 'The song often sung by (Dermot) O’Brien and his Clubmen: Is that what would ring out around Croker if Louth was ever to repeat the win of over six decades ago?' (Pic: Arthur Kinahan)

Amhran na bhFiann aside, there was no singing at Croke Park on the day Louth won the 1957 All-Ireland final. Plenty of it afterwards, alright, in pubs and clubs throughout the county. And it didn’t end at that either, the celebrations going on for days, weeks in many cases.

Croker, of course, wasn’t devoid of music that day. The Artane Boys’ Band was there to lead the teams around the field, Dermot O’Brien and Neally Duggan boldly stepping it out at the head of affairs to the sound of, maybe, Let Erin Remember or Kelly The Boy From Killanne, but hardly The Boys from Fairhill.

With the possibility of Duggan leading out some players from down that part of Cork, the authorities would have been accused of bias, especially if the result had gone the other way. You could imagine what it would have been like at a subsequent Louth County Board meeting, someone getting up and complaining: “It wasn’t fair, they didn’t play The Turfman From Ardee.”

And mention of the song often sung by O’Brien and his Clubmen: Is that what would ring out around Croker if Louth was ever to repeat the win of over six decades ago?

It’s part and parcel of All-Ireland day in both football and hurling to have something associated with the winning county filling the air soon after the final whistle. We’ve been listening to the Rose Of Tralee down through the years; and when Dublin were putting it up to Kerry in the 1970s, it was Molly Malone that got wellie. Now it’s Dublin In The Rare Old Times, nothing, of course, rare about the times the sky-blues have been through in the past decade.

I’m just wondering, had Pete St. John still to write about Peggy Dignan and Seán Dempsey back when Jimmy Keaveney was knocking frees over the bar and Heffo running the line?

If there’s anyone from Kilkenny  who doesn’t know the air or words of Rose Of Mooncoin they don’t follow hurling. Same goes for Tipperary and Slievenamon, and Cork and “De Banks”.

So, Louth win the Sam Maguire and what is it to be? The “Turfman” would have to be odds-on, given its association with the ’57 captain. But let’s make a pitch here for Farewell To Carlingford in the knowledge that, admittedly, a decision won’t have to be made any time soon.

Written by a loyal son of Armagh, Tommy Makem’s piece might just qualify as a sea shanty. (The hero is going off to sea and is not only leaving Greenore as well as Carlingford, but also Mary Boyle, who might be a far-out relation of Eddie or Seán’s.)

I was reacquainted with ‘Carlingford’ the other day when I asked Alexa to play me the best of Luke Kelly. I got all the gems, Night Visiting Song, Raglan Road, the aforementioned Dublin In The Rare Old Times, and The Auld Triangle before Luke, given all the support he needed from The Dubliners, laced into “Carlingford”. And I thought, we may not have a team for All-Ireland day but at least we have a song.

Let’s stay with Alexa, but change codes. Another request was posted to this most mysterious of persons, me, again, looking for some background inspiration as I tried to patch an article together. This time I wanted to hear Willie Nelson’s best, with City Of New Orleans at the top of the list.

Alexa and Willie both obliged, Willie teaming up with Johnny Cash for several numbers. One of them struck me as a possible for Oriel Park.

There’s nothing about football in Born And Raised In Black And White, but surely one of The Shed denizens would be able to come up with appropriate words to make this a Friday night anthem. The title’s there for a start.