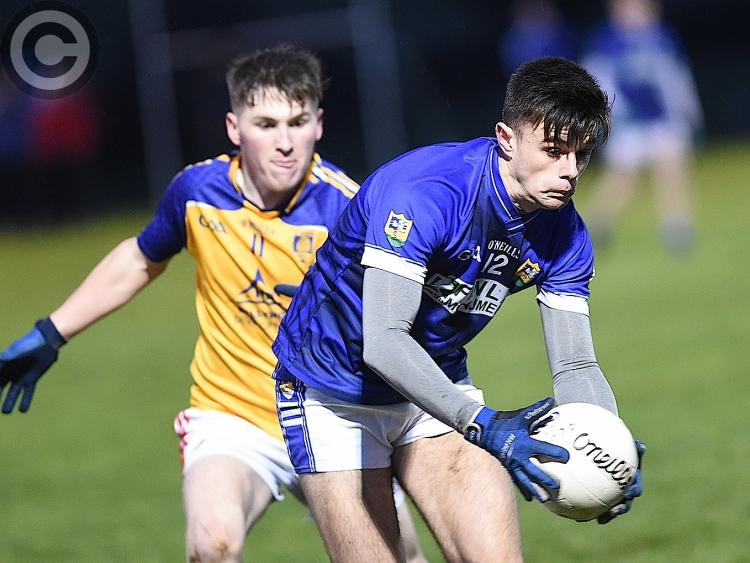 Could Ardee St. Mary’s be on course to replicate Newtown Blues, in winning senior championship titles?

Well, if the last week of displays from several of their budding talents are to go by, it’s quite possible.

Blues, of course, have won the last three Joe Wards with players like Ciarán Downey and Fergal Donohoe having won multiple championship medals at every grade from U14 to U21, including two minor crowns.

Many of Saturday night’s Mary’s U20 title-winning team are the same, having followed  their back-to-back Fr Murray Cup victories, of 2017 and ’18, with a triumph at the next stage up.

But not only is it the success that’s impressive, the players that they are producing possess the ability of some of those champion Blues. Ciarán Keenan, or ‘Keke’ as he’s known, is an incredible talent, boasting a wand of a left foot, while the Jackson brothers, who your writer has often mentioned, Liam and Tom, are just wonderful players who rarely seem to put a foot out of place.

All three have graduated successfully on to the Mary’s senior team, the one which reached this year’s Cardinal O’Donnell Cup final.

The Gillespies, Conor and Carl, are truly talented forwards, Conor having played a key role in the Ardee side’s first-team in 2019, regularly contributing tidy tallies. Carl, meanwhile, has battled his way back to full fitness after a serious injury, picked up while representing Louth minors last year.

Luke Matthews has all the talent in the world, Donal McKenny is establishing himself as a defender to watch having been often employed as a man-marker in senior games this term, while Jonathan Commins’ has a deserved reputation as a prolific forward.

Others to watch out for from Saturday night’s team: Tiernan Corrigan, Evan Malone and Gavin Kirk, each of whom caught the eye in either the decider and/or semi-final triumph against Naomh Máirtín.

Tristan Knowles looked a player, too.

An abundance of riches and a wealth of underage success. Can they now emulate Blues?

That’s the challenge. We await the answer.