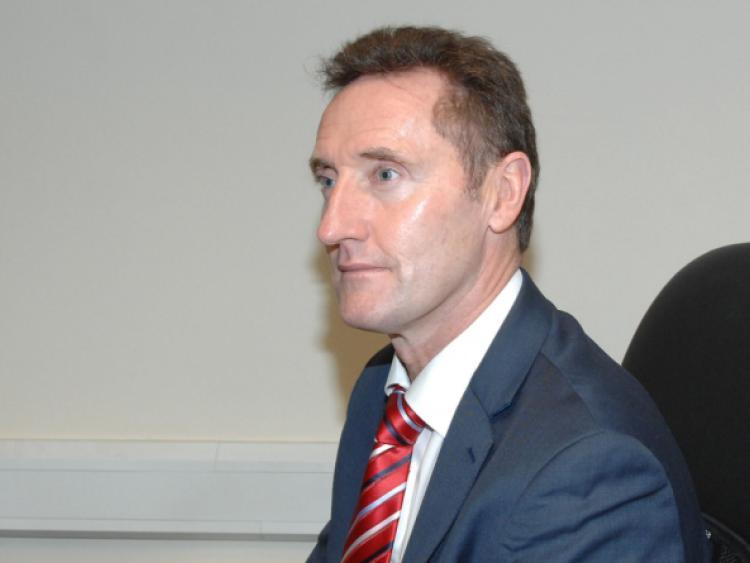 Peter Fitzpatrick will run to succeed Des Halpenny as Louth County Board chairman.

Peter Fitzpatrick will run to succeed Des Halpenny as Louth County Board chairman, The Democrat can confirm.

The sitting TD, who has previously played for and managed the county’s senior team, is expected to fully reveal his intentions over the weeks to come, ahead of December’s Convention, where Halpenny will stand aside after five years at the helm.

Fitzpatrick is presently on the grounds’ steering committee charged with delivering Louth GAA’s new stadium in Dundalk and his incoming as the county’s overall head would go hand-in-hand with his role on that delegation.

The Democrat has also learned that Aidan Berrill, the County Board’s long-time treasurer and chairman of the grounds’ committee, has withdrawn his interest in taking over from Halpenny, which clears the way for his continuation overseeing Louth GAA’s finances.

Sitting secretary Fra Kieran, who will also leave his post in just over a month’s time, has told The Democrat that he is still weighing up his options over whether to go for the chairman’s position. If he doesn’t, though, he hopes to remain involved at Board level in some capacity.

Declan Byrne, who has previously run for chairman, and Paddy McMahon are others who have been linked to the top job, but the latter has confirmed that he won’t be entering himself in the reckoning. He will, instead, try to hold his seat as vice-chairman.

In terms of the secretary’s race, St. Kevins’ Bob Doheny will definitely be going forward, having narrowly lost out to Halpenny for the chairmanship last winter. Doheny was previously PRO for five years, until December 2018.

It’s unclear as to the present chairman’s future. Halpenny has served on the County Board for 12 years in three different positions.