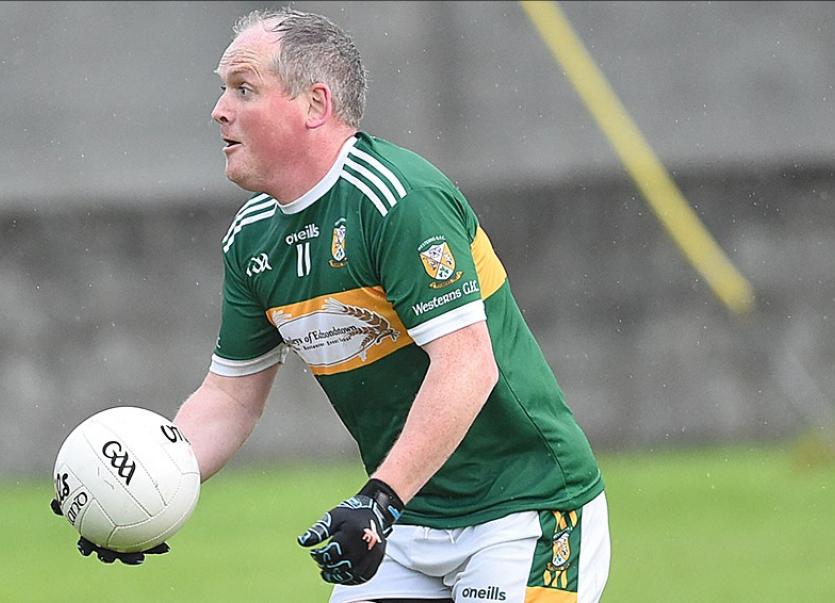 Tommy Durnin continues to deliver for Westerns. The county midfielder was in inspired form on Friday night in Stabannon, proving the difference as his side progressed to the quarter-finals at the expense of John Mitchel’s.

Mitchel’s will know exactly where they lost a game they should have won. Having dominated possession, not even a double marking job on Durnin could see them over the line.

Durnin landed his two goals at either end of the first half. A powerful run from the throw-in for the first and a clever one-two with full-forward Ryan Duffy for his second, making it 2-7 to 1-7 at the break.

The evergreen Robert Coyle got Mitchels’ goal on 11 minutes to level the game at 1-3 apiece, along with a fine brace from Ben O’Brien.

Three minutes after the break, Westerns were handed a gift when Mitchel’s corner-back Ryan Carroll spilled the ball to leave Conor Kerr with just the ’keeper to beat.

Durnin and his brother, Anthony, stretched the lead to seven, but Mitchel’s rallied with seven of the next eight points to make it a one-point game. Though Durnin wouldn’t be denied, landing the last score of the game from a free.