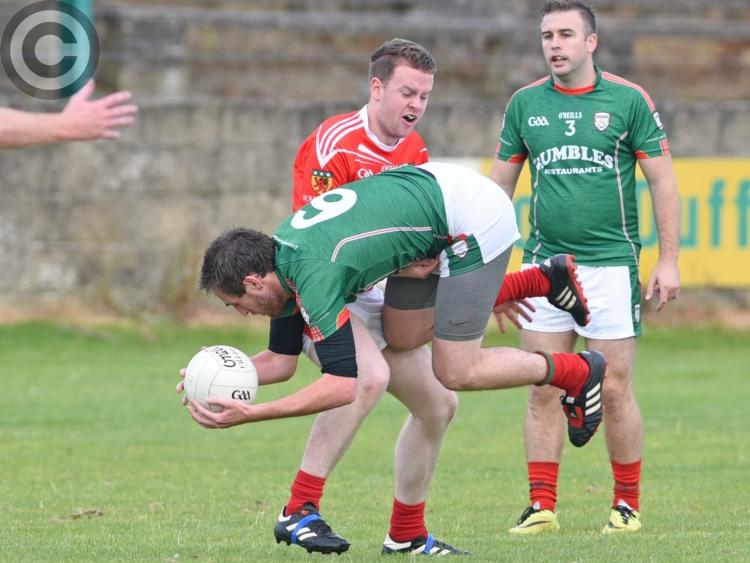 Glen Emmets followed up their victory over Stabannon Parnells by making it two wins on the bounce against Naomh Malachi at Tullyallen on Friday.

Naomh Malachi went into the game with confidence high after defeating Na Piarsaigh the previous week and they got off to the perfect start when Ronan McElroy scored the only goal of the game after five minutes.

However, the hosts came back strongly and points from Andrew Mooney, Jamie Gilkes and Kealan O’Neill helped them lead 0-7 to 1-2 at the break.

Keith Lynch and Tom Grimes saw the Tullyallen men stretch the lead in the third quarter but points from Colin Rooney saw the Mals remain in touch. However, it was Emmets who finished on top and late points from Lynch settled the issue in his side’s favour.