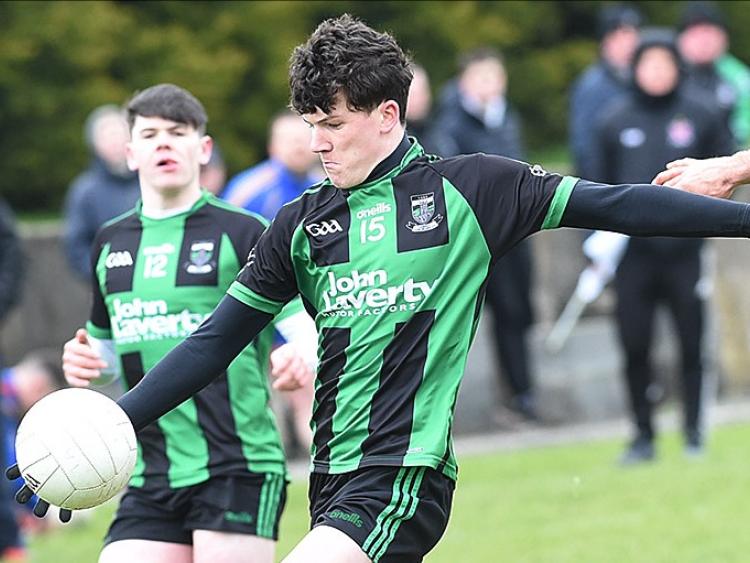 Dundalk Young Irelands continued their winning ways when a Kevin Keelan goal 15 minutes from the end helped them victory over St. Kevin’s on Friday night.

In what proved to be an entertaining contest, the result was in doubt right up to the final whistle, but in the end the Philipstown men fell just short.

Kevin’s made a flying start to the game and goals from Paul Duff and Patrick Duff inside the opening quarter had them well on top. However, with Jordan O’Donoghue and Peter McStravick leading the Young Irelands revival, the Dundalk men had cut the gap to 2-2 to 0-6 at half-time.

The third quarter saw the Young Irelands continue to hold sway and they made their possession count when Dermot Mone levelled the game before Keelan’s goal on 45 minutes put his side three clear.

Kevin’s pushed forward in the closing stages and pulled back two points, but time ran out before they could complete the comeback.