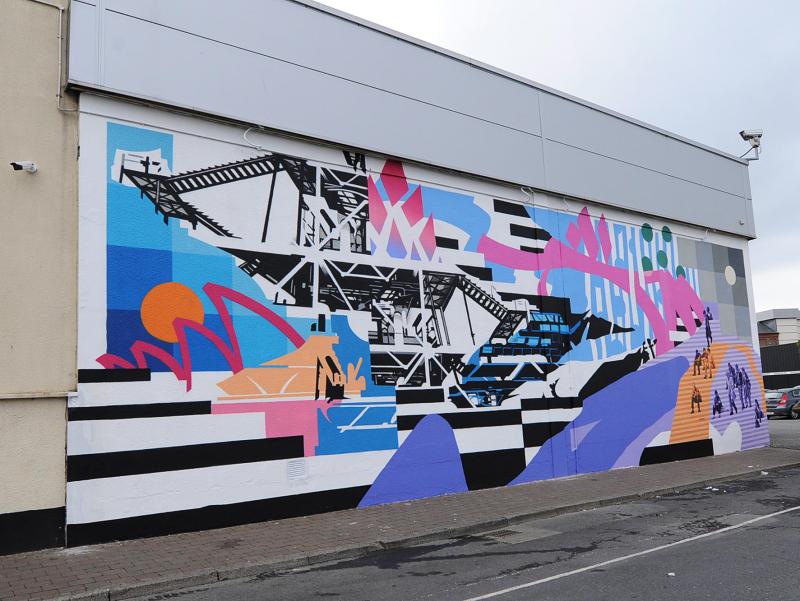 Dundalk artist Omin's artwork on the side of the Imperial Hotel

Dundalk artist Omin who painted the mural at the side of the Imperial Hotel as part of Seek Urban Arts Festival spoke to the Democrat about his large-scale Peter Rice tribute and where he drew his inspiration from.

"It’s based on Peter Rice. So it's his work and my work blended in together. I didn't want to just create a direct representation of his work, I wanted to stay true to myself whilst also representing his work," the artist explained adding that he had inverted the image of the Pompidou centre in the mural,

"So I focused on the Pompidou centre and cut and spliced it to make a new structure. Without directly replicating his structure I wanted to create an abstract piece out of his work. 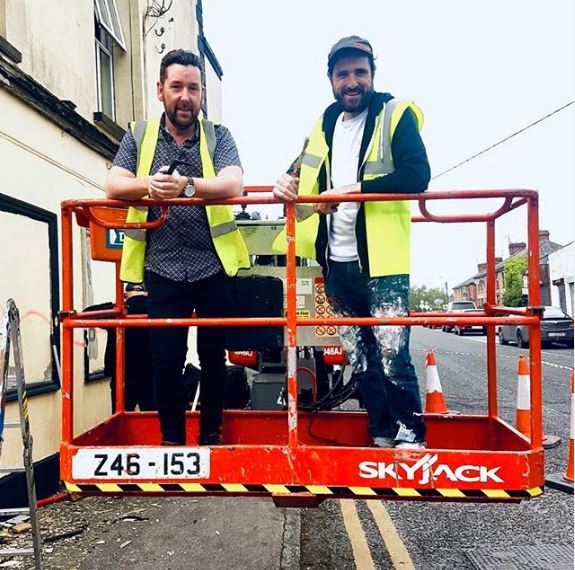 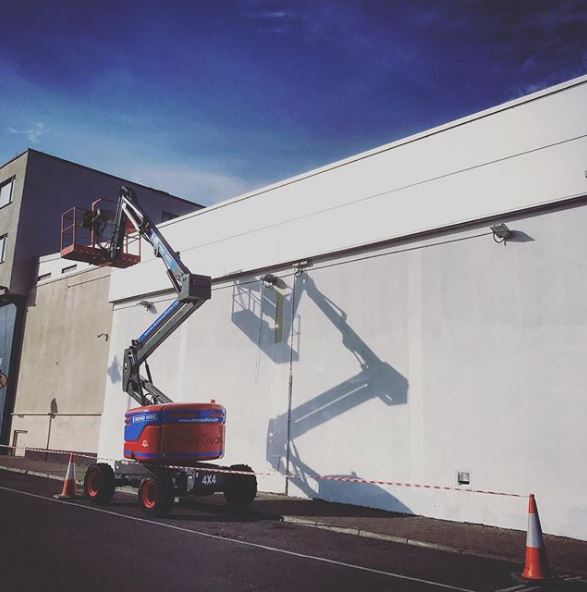 "The structure’s so large and people have their lunches there. And that was one of the ideas I really liked - how people interact with architecture and engineering of that scale and plus how are people going to interact with artwork on this scale, in a town where there isn’t really a huge amount of it."

Speaking about the feedback he received from locals on walking tours and passersby who stopped to have a chat with the artist whilst he was working on the wall over the past week Omin said:

"Feedback so far has been unreal. It’s actually been better than expected. I really didn’t know what to expect but it’s completely superseded itself. People all around town are talking about it."

If you didn't manage to make it down to Seek this year check out this incredible time-lapse video of the artworks by local man Sean McMahon or have a walk through town to see the artworks for yourself:

Seek, a Contemporary Urban Arts Festival, which ran from June 15 to June 22, is centred around promoting visual arts in Dundalk over a five year period by commissioning established and emerging artists, locally, nationally and from abroad, to help promote the town culturally and artistically, repositioning the area as a vibrant hub for creativity.

Peter Rice, who grew up on Castle Road in Dundalk was considered to be one of the most important engineers of the 20th century. Rice was awarded the Royal Gold Medal of the Royal Institute of British Architects (RIBA) and worked on iconic buildings such as the Sydney Opera House, the 'inside out' Lloyd’s Building in London, the Inverted Pyramid at the Louvre and the Pompidou Centre in Paris.