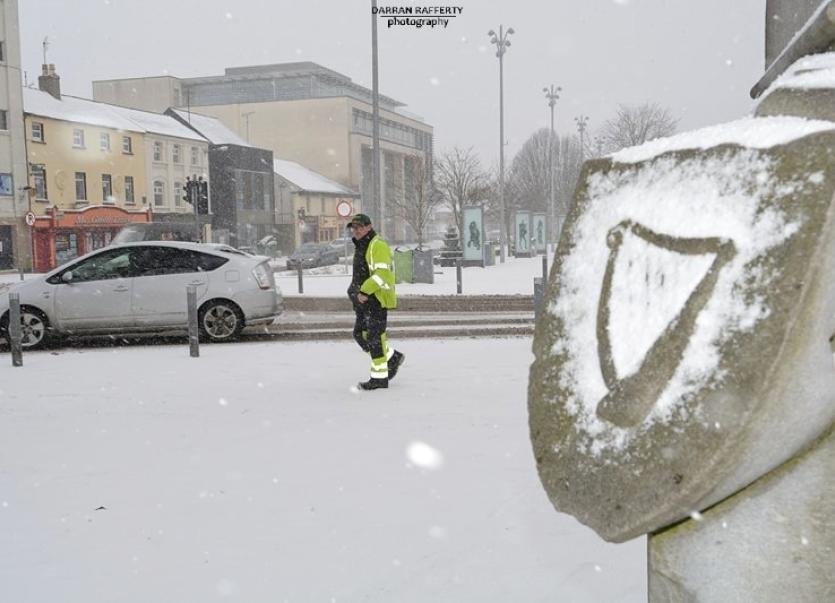 Right, that's your lot folks. It's cold outside, and there are wolves. Plus, there's a warm fire calling... Stick with www.dundalkdemocrat.ie and our Facebook and Twitter feeds throughout the evening for any further updates.

As Jerry Springer (think he was from Pearse Park originally) used to say - 'Take care of yourself, and each other'

PayPal will be closed in Dundalk tomorrow... As I'm sure pretty much everywhere else will be

No hair cutting in Peter Mark in The Marshes tomorrow:

“In the interests of the safety of our clients and our teams, all Peter Mark salons will be closed tomorrow 2nd March due to the adverse weather conditions. We will continue to monitor the situation and provide a further update on whether our salons will open on Saturday 3rd March . We apologise for any inconvenience caused. Further updates will be posted to our Facebook page https://www.facebook.com/petermarkhair”

Sill no major sign of the blizzard yet, so with that it's time for the spuds...

Any takeaways in town open? Mad for a munch.... #Dundalk

Fierce snowy out in Ballapousta, hey...

Great work being done by so many emergency services locally...

Louth County Council Emergency Planning tasked IRCG Greenore to support HSE personnel in storm affected areas in the Cooley Peninsula. These volunteers are so often taken for granted and they tirelessly support our local communities when needed. pic.twitter.com/8LhvZ9vX5y

First electricity outage of the storm has been reported...

Dundalk was a ghost town this afternoon... Spooky photos from Paddy Malone

Back to the future. Half day was traditionally Thursday until the Shopping Centre. This is 2.30 this afternoon #snachta pic.twitter.com/FRvXRnkEc0

Some genuinely good folk out there today..

During this weather front approaching.
Meridian Security will be working in the immediate Ardee area. If anybody has any concerns for elderly people that they can't get to,
give us a call on 0879494684 & we'll try our best to check in on them.
This service will not be charged

That man/woman in the know 'Louth Weather' has stated that it will probably be later tonight before Louth gets hit with the worst of it...

"Louth was under snow before it reached Dublin and other parts of the East, yet RTE have failed to mention the county in their coverage.  You would think that Louth did not exist going on RTE's news coverage.  We are hearing from Paschal Sheehy, Cathy Halloran, Ciaran Mullooly but RTE has no voice from the North East."

"Thank God our local media outlets including LMFM radio have been very active in keeping  us up to date on the current weather conditions."

"RTE have a studio in Dundalk lying vacant for some time now, and I will be calling on RTE Director General Dee Forbes and Head of News Jon Williams to re-establish a correspondent for the North-East."

And now comes the wind.... Anything else?!! Plague of locusts? The Four Horsemen?

Anyone see this dog about?

How is it where you are? We're approaching barricade-yourself-behind-the-door time. Let us know what you're up to. editor@dundalkdemocrat.ie or send us a Facebook message

Lets get this phone home folks! Give Sean a shout if you're phoneless... Presumably with the aid of some other kind person's phone, of course

Found a phone outside The Windsor in Vincent avenue last night. Dm me if you lost one

Deep in enemy territory this fella..

Dash cam footage from Blackrock earlier... Like the start of 'Naked Gun'. But in the snow. In Blackrock. And it has nothing to do with police or that...

It's at times like this you realise how much garbage is on daytime tv. #loans #pills #loans

Local Councillor Antoin Watters sent on this photo of the queues in a local shop this afternoon. Is it it just me, but does there look to be loaves of bread in the left side of this photo? 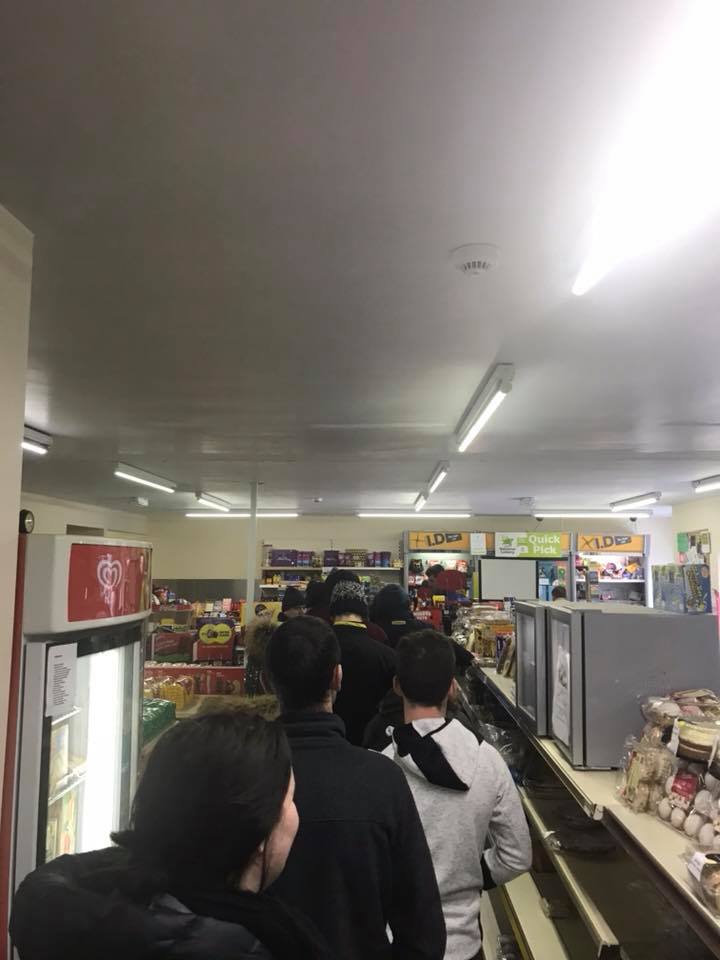 Another event is cancelled locally.

The Carlingford Half Marathon & 10K event planned for Saturday, March 3rd, has been rescheduled to later date of Saturday, March 10th 2018, due to the course being impassable due to large drifts of snow.https://t.co/PtWpqTnJrj

Louth GAA legend Darren Clarke has spotted the 'Beast' on the move....

According to 'our man' in Kilcurry, a snow storm is kicking off there now... And so it (really) begins...

Getting very quiet out there now... Looks like folk have heeded the warnings and are remaining indoors. A bird has tried to fly in the window here at Democrat HQ several times in the last half hour. Just thought I'd share that with you..

Someone fond of puns might say that this snowdog has 'lost its head' because of the cold, but we're not those types of people. Honestly.

Probably the most scenic snowperson to be sent our way today... Carlingford Lough in the background... Lovely.... Not sure about the eh, 'crotchal region' 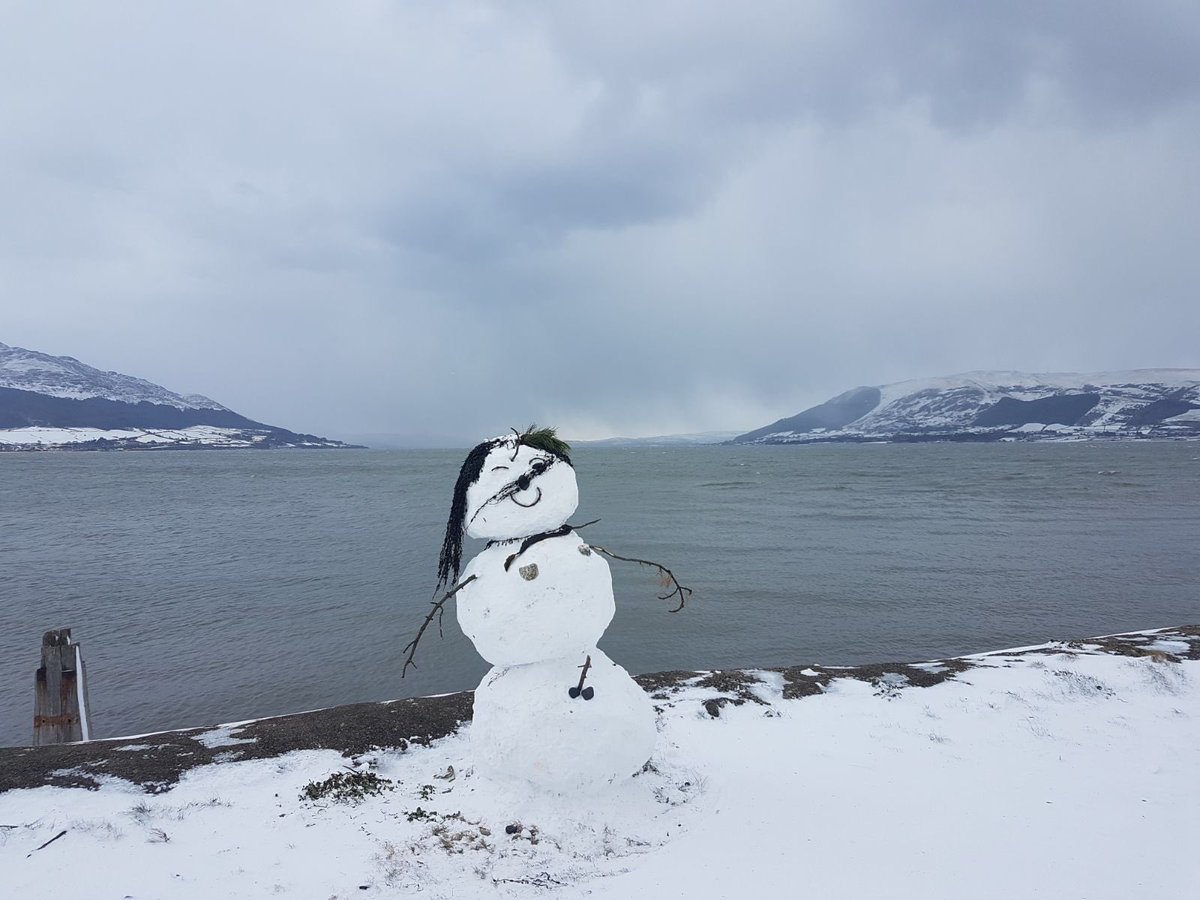 Well, well, well... Look who decided to show up today in Dundalk... 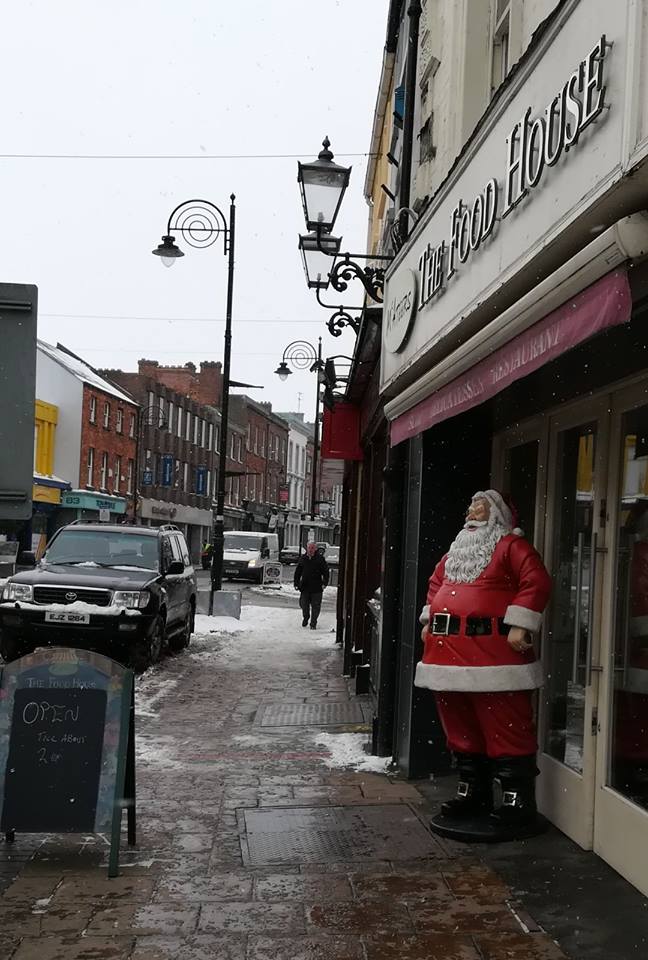 Jaysus... It's like something from a zombie apocalypse in Tesco Dundalk - empty shelves galore 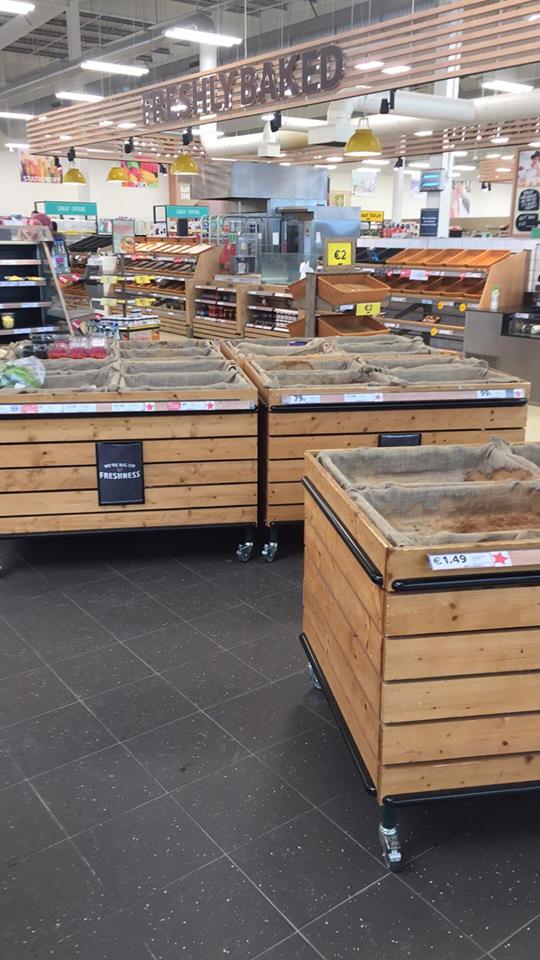 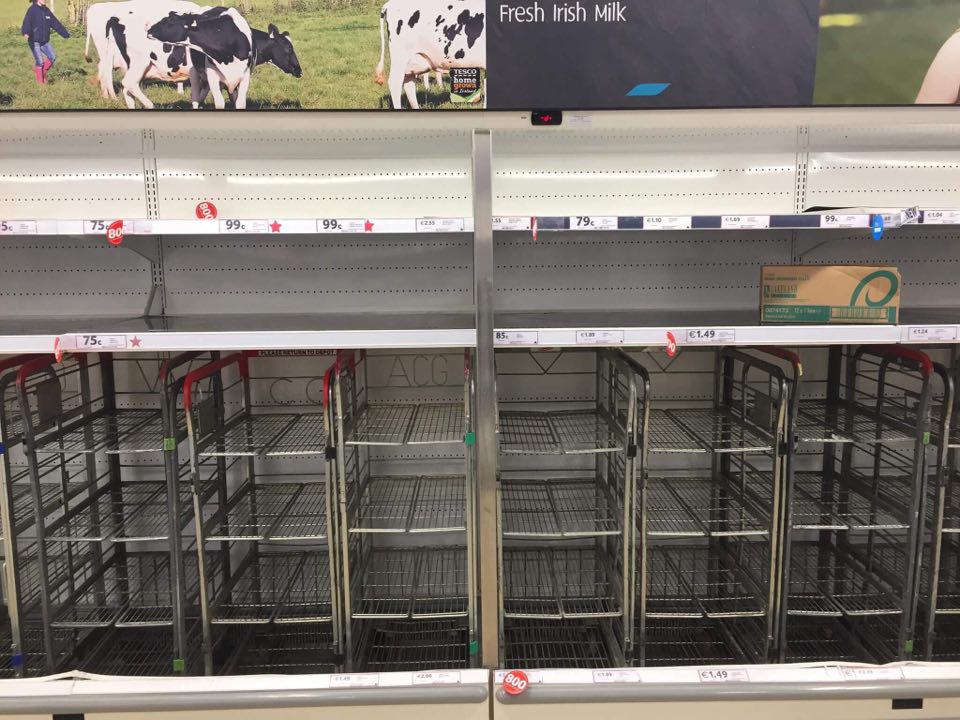 "Due to the ongoing Status Red weather warning, Matthews.ie have suspended all routes until further notice.

"The coach company operates 133 services a day between the north east and Dublin.

The company will continue to review the situation and passengers will be kept updated through the Matthews.ie Facebook page."

They're getting creative out there with the snow making - snowdog? (Hat tip to Ross Pugilisi Kinnard)

Spotted on the Newry Road... This guy gets about a bit... 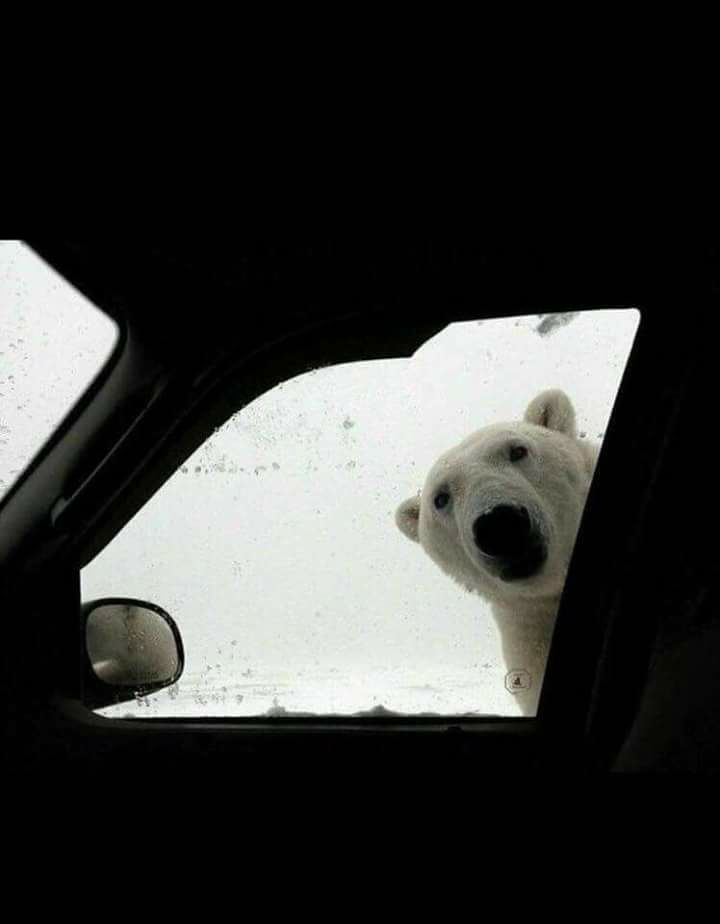 Louth's match with Tipperary is OFF

The inevitable has been confirmed... all the #GAA off this weekend #RTEGAA https://t.co/mPyOsqTAR0

On top of everything else...

I wonder if this fella made it out today...

There is a man skiing in #Dundalk pic.twitter.com/ky2oQws3gR

Award for best (certainly cutest) snowman of the day so far.....

GOOD NEWS STORY OF THE DAY (SO FAR)

The dog (we might call her/him 'Emma'?) which was found roaming around Knockbridge earlier has been returned to its owner. Well done Rachel Maguire for getting the doggy home. 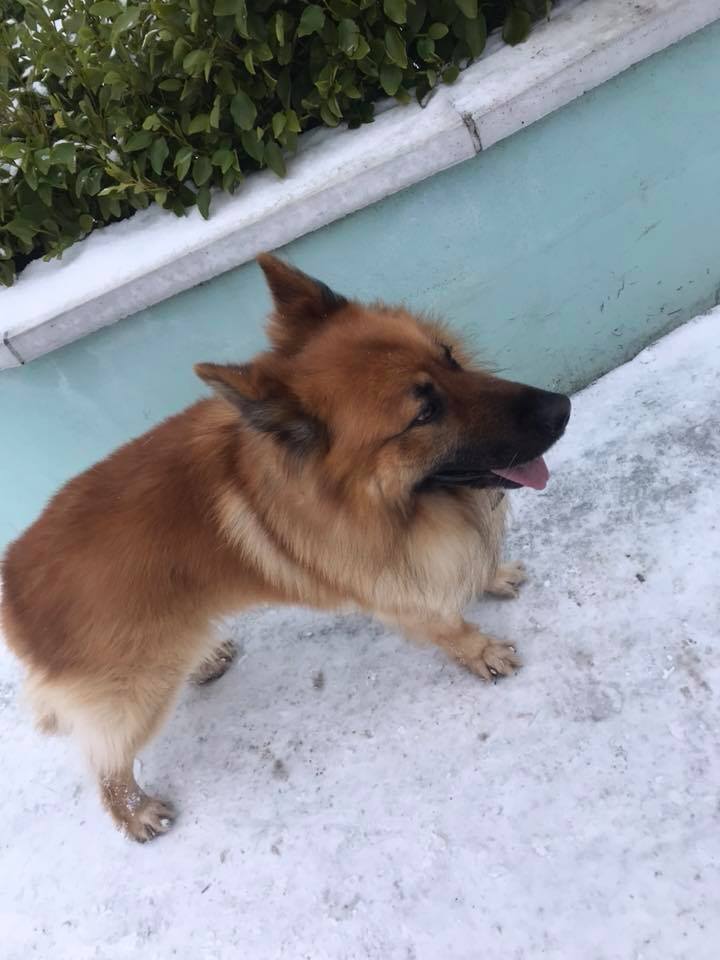 Just back from a foraging expedition to the shops... Starting to get blizzaardy (if that's even a word) out there now.. Time to stay indoors and follow Leo's orders...

"Due to the weather conditions we have had no choice but to cancel the ball which was due to take place this Saturday night March 3rd. The Black Tie ball will now take place on Saturday March 24th in the Nuremore hotel, all tickets are valid for the new date. Thanks. Please share to spread the word."

We have our suspicions about the authenticity of this picture from Cooley..... 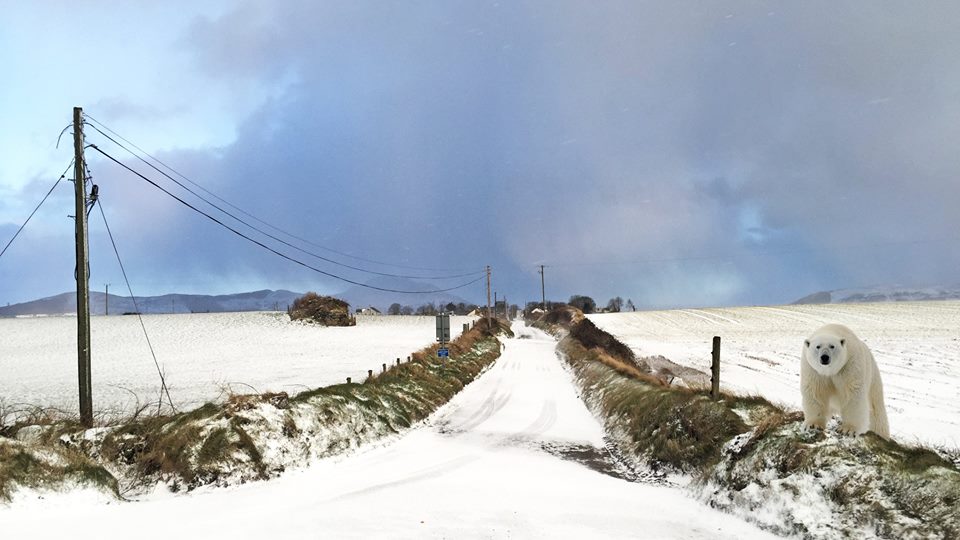 The Beast from the East has forced another early local closure...

The old brewery, now the Great Northern Distillery on the Carrick Road is looking a tad white...

Its like the marie celeste here in the distillery today☘️⛄️❄️☃️ pic.twitter.com/TmTo2czNHb

The Home of Football is closed for business for the forseesable...

Due to #StormEmma, the Oriel Park office and Merchandise Shop will remain closed until further notice. Updates will follow on our social media channels. #CmonTheTown pic.twitter.com/x47bm3aFfw

Great idea this... Well done to all..

Louth County Council have in partnership with its service providers made provision for an additional number of beds to address any needs during the snow conditions. @LMFMRADIO @DundalkDemocrat pic.twitter.com/eYHSNmywHX 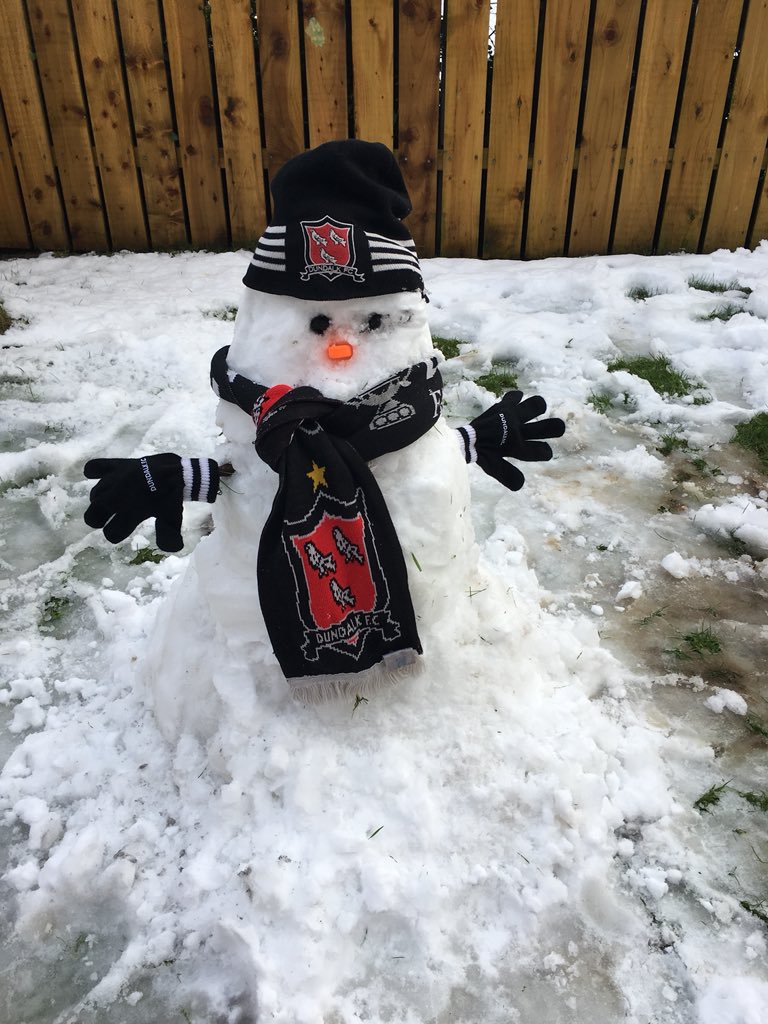 Do let us know of any further events/businesses/sporting events that have been cancelled around Dundalk. We'll post here to let folks know.

It's actually World Book Day today... No better day to settle down with a good page-turner...

Happy #WorldBookDay folks We've learnt a lot from these lovely little blocks of paper over the years - may there be many more brilliant books to come! pic.twitter.com/zPaUDFp2oJ

The severe weather hasn't stopped some of the good folk of Dundalk from getting out and eh, training for the next winter olympics.. Check this out..

Local Cllr John McGahon to go on LMFM shortly regarding the response to the severe weather.

Louth County Council just issued an update on the response to Storm Emma. Take a read of it below:

"The Chief Executive of Louth County Council, Joan Martin convened a meeting of statutory agencies this morning Thursday 1st March. Representatives from An Garda Síochána and the Health Services Executive joined senior members of the Local Authority to review plans for the respective agencies in light of the revised Red Status warning that is now extended to 1500 hrs on Friday 2nd March.

"A decision was published yesterday Wednesday 28th February to close all Local Authority Offices. Gritting Crews continued to operate during the night and used a total of 220 tonne or rock salt gritting an aggregate of 1780 kilometres of National, Regional and town centre roads. Outdoor teams re-commenced the clearing of footpaths in Dundalk Drogheda and Ardee. This service has now been suspended due to the worsening conditions.

"All Services will now be suspended with Gritting Services hopefully resuming at 1500 hrs on Friday 2nd March. Crews and contractors will be deployed on Saturday 3rd March at 0900hrs to commence clearing of footpaths.

"Traders and Property owners are encouraged to clear footpaths outside their own properties when it is safe to do so.

"Louth County Council advise all communities to adhere to the national and local warnings and not venture out until at least the red status warning is reduced."

Lots of people asking what the roads are like around north Louth this morning. Safe to say they're slippy and to be avoided if at all possible.

Good morning. That cold enough for you?

The Democrat will be guiding you through the next few hours with this live blog of all that's going on (or most probably, not) in Dundalk and north Louth as the Beast from the East, and Storm Emma get together to make all our lives more, eh fun....

Anyway, send any pics or interesting snow stories to editor@dundalkdemocrat.ie or Facebook message us and we'll make sure to add them here as the day unfolds... 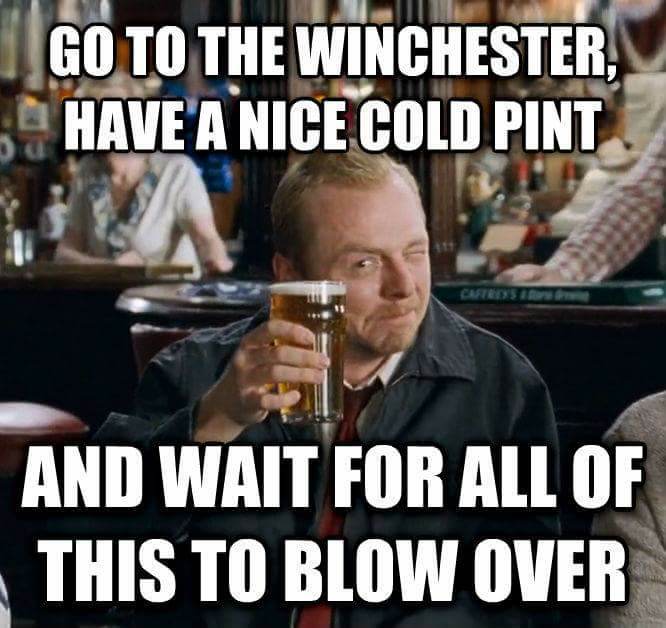