Dundalk fans urged to support their team in the right way 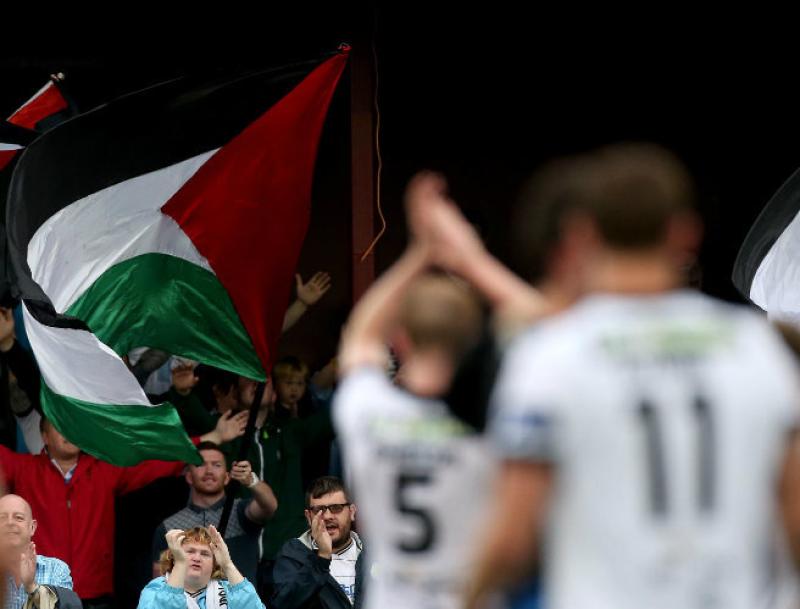 Dundalk fans have been urged to support their team in the right manner when The Lilywhites face Israeli side Maccabi Tel Aviv in the Europa League at Tallaght Stadium on Thursday night.

In 2014, the club was fined €18,000 by UEFA after a section of its fans flew Palestinian flags during a Europa League tie with Hajduk Split at Oriel Park. The flag is deemed to be inappropriate and political by UEFA due to the ongoing conflict between Israel and Palestine.

The Ireland-Palestine Solidarity Campaign (IPSC) has planned a protest ahead of Thursday’s game in Tallaght but Dundalk general manager, Martin Connolly, has urged all of the club’s fans to abide by the rules set down by UEFA.

“Because we’re playing Maccabi Tel Aviv, and all that goes with that, we’re aware that there may be protests and there may be people there to do that,” said Connolly.

“What we would like to say is that we’re not a political organisation, we’re a sporting organisation and we want to see the game played on the pitch.

“We did have an incident before and we did get fined for it so we would appeal to Dundalk supporters that we don’t want to be in the headlines for the wrong reasons.

“I’m not saying UEFA are right or wrong, I’m saying that they are UEFA’s rules and what we would ask Dundalk supporters to do is abide by the rules to help us.”

Elsewhere, Dundalk’s top of the table clash with Cork City has been rescheduled for Tuesday, October 11 at Oriel Park, with kick-off at 7.05pm. The game will be televised on RTE 2.

The game comes four days after Dundalk play Sligo Rovers and three before they are due to travel to Tallaght to play Shamrock Rovers and Lilywhites boss, Stephen Kenny, said he was ’surprised’ by the date that had been set.

“I thought it might be played towards the end of the season. That is a busy little period for us. Sligo, Cork and Shamrock Rovers in one week.”