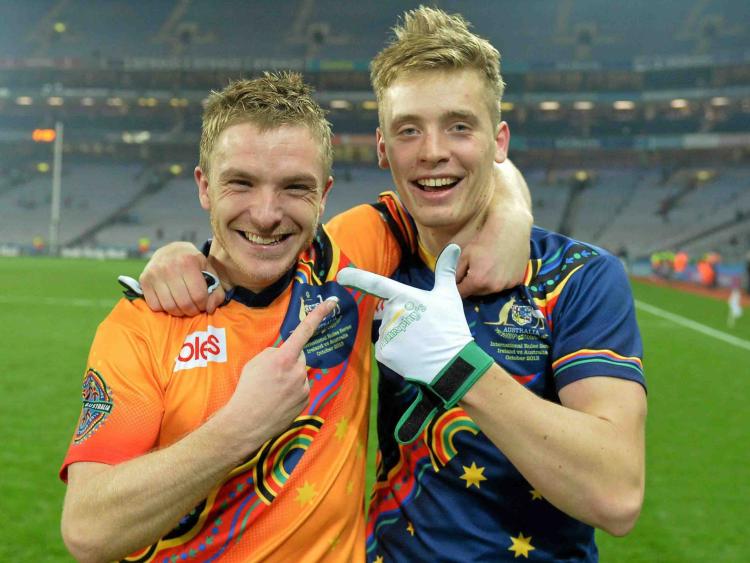 PART TWO: 'THOSE' FEELINGS, THE JOURNEY HOME AND A FAMILIAR ROAD, CLICK HERE.

These crazy, unprecedented times have given me the opportunity to truly reflect on my Carlton Blues days. A rather quick six years fulfilled with many exciting highs, but so many months of hardship.

A professional environment can be extremely full on, with so much competition; the anxiety and stress that that brings is something that only the players will appreciate. I suppose I want to give you an insight to my journey down a path which so many young Irish athletes - both male and female - are pursuing lately.

Some people may ask why am I talking about this now? Well, it’s something I have thought about for a lengthy period, and having that extra bit of time to reflect and ponder, I felt this was the perfect juncture to get everything off my chest. In a way, I want to put this chapter of my life to bed, a spell that I will remember and be proud of for the rest of my life.

By doing so, I can then focus on the next stage, which involves forging a future for myself here in Ireland and discovering the other layers to the life of Casey. I also have the other young Irish who are maybe contemplating making the switch on my mind. I hope that, in some way, I can help them on their way. 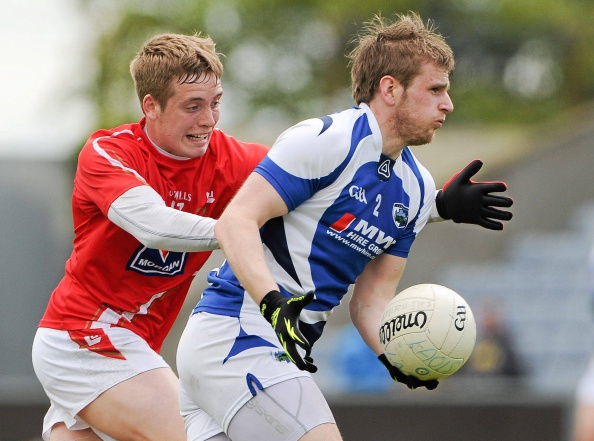 Ciarán 'Casey' Byrne on his Leinster SFC debut against Laois in 2013.

The AFL can be an amazing and worthwhile experience, but it can also be very lonely and tough at times, especially if things don’t go as planned. I’ve been through the highs and the lows, and I understand how difficult they can be to process.

My journey started when I was playing under Thomas MacNamee in my county minor days with Louth (2011). What a team we had. Not reaching the Leinster final that year is a big regret, having bowed out against our rivals, Meath. Post that tenure I was approached by scout Gerard Sholly to attend Carlton’s trial in Limerick. I did so and came out with a two-year international rookie contract.

I completed a year in DCU, studying sports science, and in that time I enjoyed the best standard of football, winning a Freshers’ Championship against a star-studded UCD team, containing Paul Mannion and Jack McCaffrey. Playing alongside Enda Smith, Conor McHugh, Niall Murphy and Johnny McGuigan really improved me as a footballer, while being coached and watched closely by Laois great Ross Munnelly.

That year I also enjoyed my first season as a Louth senior footballer, under Aidan O’Rourke. It was a great experience, playing alongside players I looked up to, like Paddy Keenan, Shane Lennon and John O’Brien. I was also lucky enough to play in the international rules that year against Australia, becoming the youngest player at 17 ever to feature in the series.

Then it was off to Arizona for our pre-season training camp in America. Let’s just say 2013 was a whirlwind of exciting highlights.

Leaving family, friends, GAA and everything I had known up until that point in my life wasn’t an easy decision, but I wanted to challenge myself. And I was thrown straight in at the deep end in what was a horrible first two weeks’ training; 6am sessions and 12-hour days; a mental and physical challenge. 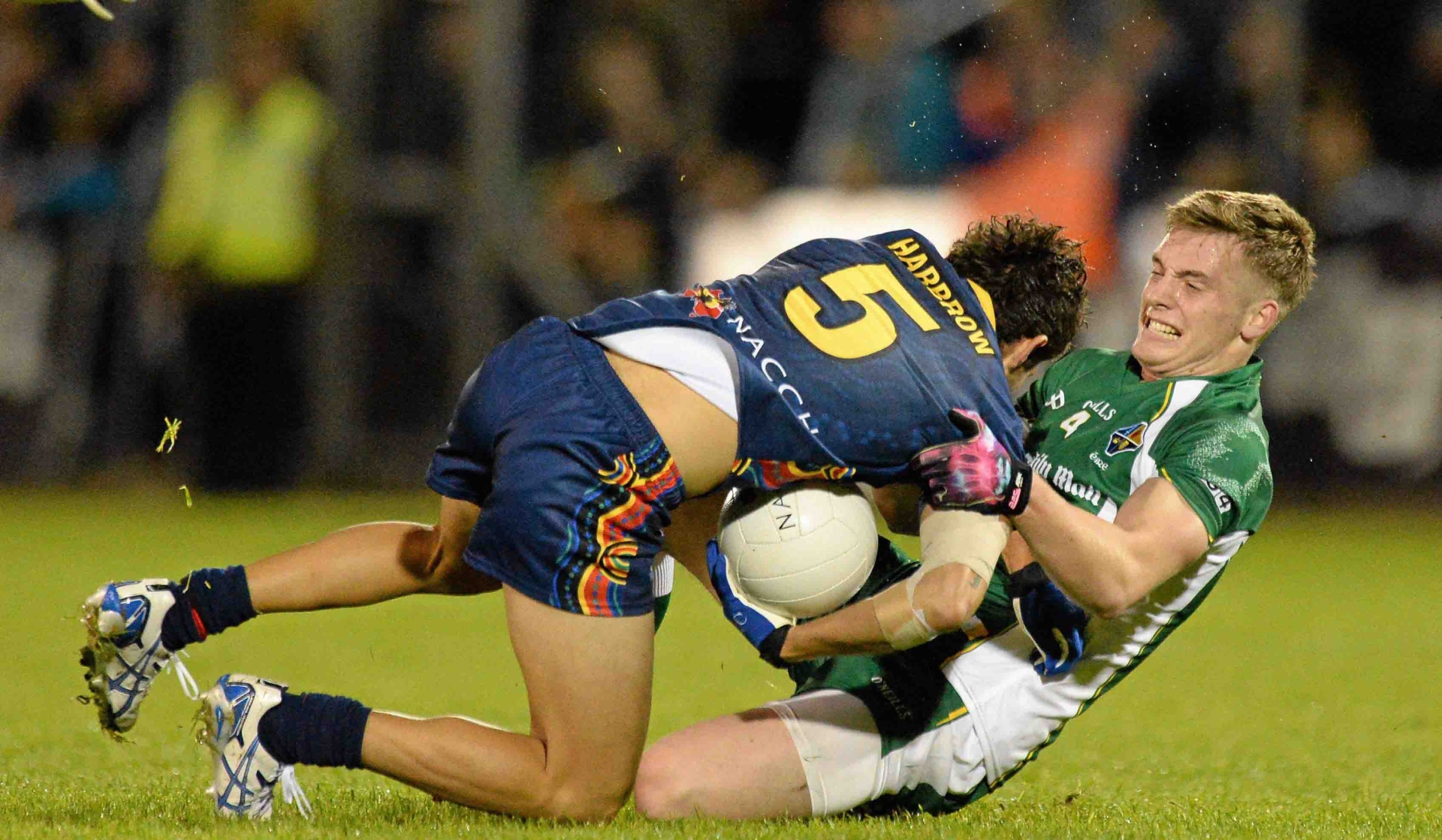 Seventeen-year-old Casey became the youngest player to feature in an International Rules series.

But I enjoyed that pain and was always thinking early days that I had to earn the respect of my teammates. However, the injury train started from the outset. I dislocated my thumb in the first week as well as showing symptoms of bad tendinitis in my right knee after a 14-hour hike and run up the Grand Canyon. It was obviously very frustrating because I wanted to impress. Little did I know then that my career would be riddled with these setbacks.

Pre-season was torture, entailing six days a week of long training sessions and gym work over a period of three months where I gained 8kg on what was a very light body frame. I was learning a whole new culture, with beaches and coffee drinking, and having to build bonds with, for the want of a better word, strangers. It was a serious experience, though, and saw me create lifelong friendships.

Ciarán Sheehan, who won an All-Ireland medal with Cork in 2010, his girlfriend Amy and Laois’ Zach Tuohy gave me that feeling of home, which felt so far away at times. You were keeping in contact with what was happening in Ireland all the while. In a strange way you thought that life was just paused over there for you to eventually return.

Louth were playing in the league, Mochta’s were amid their Paddy Sheelan Cup games and I was still in the WhatsApp groups, which was great to keep in the loop, but it also felt like I was living two different lives, which is not what I wanted.

Every day you had to make sure you were at the top of your game, be it on the training track or just getting your body fats checked. There was even a big whiteboard with all the players’ names on it and detailing your time trial results, body fats, gym personal bests, etc.  These measures were either red of green, depending on whether they were deemed good enough.

Immediately, you were in a pressurised environment where everything was scrutinised with the aim of constant improvement.  There were no shortcuts and on your so-called off-hours you had to rest, which involved a lot of sleep.

I was enjoying the routine and looked forward to my first-ever game of AFL, in March 2013, where I played as a forward. It was a humbling experience for me, the big move was finally worth it. I played with the Northern Blues, which was the reserves’ team. I’d be optimistic if I said there were 200 people at it, but all the learnings from pre-season, involving structures and tactics, were to be put into practice. Though, to be honest, I still didn’t really know how to play the game; it’s completely different to Gaelic football.

I’ll let you figure out how I got on in my highlights below.

Little did I realise what serious highs were ahead of me, but, unfortunately, some really hard times too. Every year we had an ‘off-season’ where most Irish players would return home. It gave us an opportunity to see friends and family after nine months away.

I loved it, eight weeks off and still getting paid! I was young and really living the dream, but heading back over for my second year, it wasn’t easy leaving again. There were always tears.

My second pre-season was my best one and it set me up for a big year. There were a few more Irish boys around, including Tyrone’s Conor McKenna (Essendon Bombers), who I became close with.

Expectations were high and I was named to debut in round three against Essendon. The club flew my parents out for the game. It was just an amazing time, being able to show my parents the life I was living. For them to see me play in a big game in front of 60,000 people at the MCG was crazy. I was ‘emergency’ in that match, which meant I only got to play for 20 minutes. But I knew I was fit and ready and when I got my chance I made an impact. The buzz I got is something I may never get again.

I was on a massive high; really enjoying the energy around my first game and even more excited about playing in my second. However, it wasn’t to be. Midweek - I think it was Wednesday’s training session - I tore my hamstring really badly, which ultimately ruled me out for the rest of the season.

It was the bitterest of pills to swallow. My mood just went from loving life to resenting it in the space of a few days. Playing and training was my life, and for that to be taken away from me so quickly was tough, beyond the value of words.

My parents were in the same boat, so frustrated that they couldn’t wait to get on the next flight home, which ended up being a week later, cutting their holiday short. They came to see their son play and now he couldn’t. It wasn’t easy. 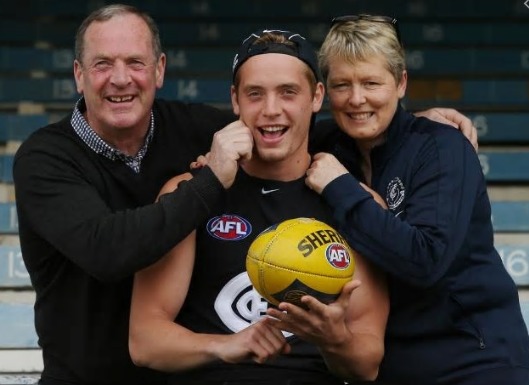 After a day or two of accepting it, I had an inner-drive to get back to where I wanted to be. 2014, at that stage, was a write-off and consisted of a lot of rehab; the physio and I, very much segregated from the group for much of the time. I didn’t feel a part of the team whatsoever, which was very difficult to deal with.

I enjoyed a good off-season travelling with my mates, Brian and Andrew, to Spain and then spending some quality time at home with my close family. This led me into the 2015 campaign, which would be the best and worst yet...