Rose Byrne was a thoughtful and compassionate woman 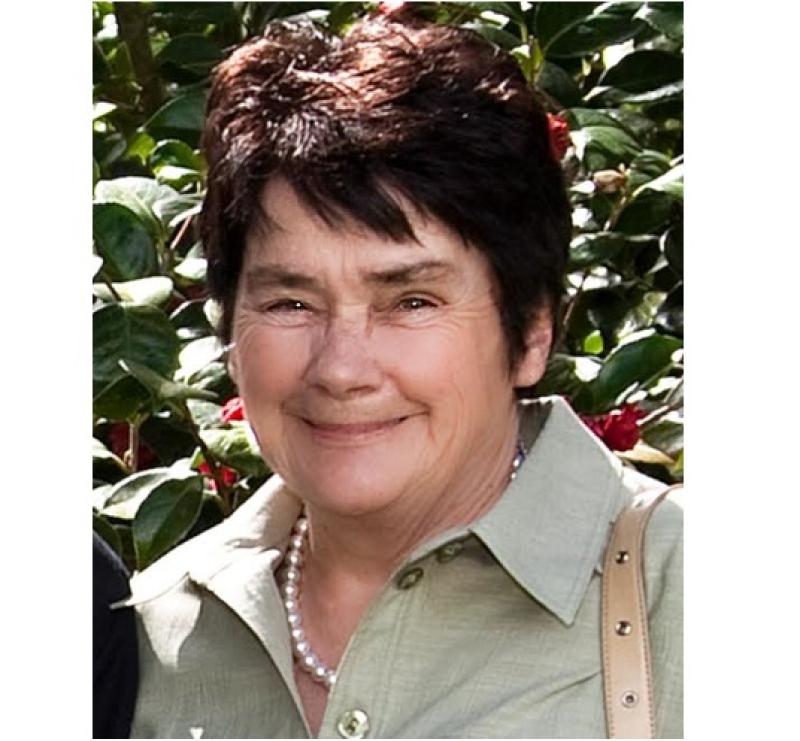 First and foremost she was a wonderful mother and grandmother, and found time to care for others, particularly children. She was a foster carer, and looked after others from the orphanage.

Rose was born in Culhane Street in Dundalk to Rosie and Eddie Lawless. She was one of six in the family, with three sisters and two brothers.

She moved with the family to Mourneview on the Dublin Road when she was in her late teens.

After attending Castletown girls’ school and the ‘Tech’ in Dundalk, Rose followed into the family business in Park Street as a hairdresser. She worked there up to the birth of her fourth child.

Married to Patrick Byrne in 1962, they had a family of nine. Sadly, their second child, Stephen was stillborn and the youngest child, Derek, who had been very ill, lived for two years, passing away in 1980.

Rose was primarily a wonderful mother to her children and a loving and attentive ‘Nannie’ to her 12 grandchildren, whom she adored.

She loved nothing more than to know she was needed to look after her grandchildren, and whether that was buses to Lordship or Navan, or a flight to Edinburgh or London, she was off with plans for days out and special ‘Nannie Rose’ time.

However, you didn’t have to be related to her to be adored. She was a ‘baby person’, who would walk with a pram for many miles and spend all the time in the world with toddlers, exploring their surroundings.

She looked after children for many years, including children from the orphanage when her own family was still young.

She also fostered children, and when her family was reared, was a childminder to many others, treating them all with great love and care, and they had plenty of fun.

Rose collected for years many people’s deposits to savings clubs in stores, such as Dearey’s, Modern Fashions and Brendan Marmion’s; money which would ultimately be used for, among other things, communions, confirmations and weddings.

Making her way around, she always had time for a chat. Everyone loved to talk to her and many confidences were shared with Rose.

Rose was a Minister of the Word for the past 25 years, and she approached that ministry as she did everything, with great care, attention, and preparation, and she read every Thursday morning in St. Patrick’s.

Indeed, her voice has been heard clear and distinct in St Patrick’s Cathedral and in other places.

She took pride in being involved in family weddings, baptisms and other occasions, where she offered her gift of speaking the Lord’s word beautifully and gracefully.

A woman of great faith, she was a daily mass-goer, and travelled to Louth Derg up until her seventies.

Rose was a thoughtful sister, aunt, friend, and neighbour. She had a special quality of connecting with people and was always compassionate, wise, and loving.

She suffered a devastating stroke in January, and during this year when she suffered greatly and needed so much care herself, she still managed to show concern for others and was incredibly gracious and grateful to those who cared for her.

A very humble person, Rose had little sense of the impact of her kindness and quiet generosity, whether it was a gift of a christening shawl or a Christmas pudding, everything that was made or given by her was done with love and care.

She was someone who cared greatly for others, always ready to help with a listening ear and a sympathetic smile.

Never a person for fuss or attention to herself, she saw it all as ordinary, but it was the small things done with great care that made such a difference.

As Mother, now Saint, Teresa said: “Not all of us can do great things. But we can do small things with great love.”

Rose did many things with great love, tremendous generosity, and beautiful kindness and they all added up to a life that enriched the lives of others and made the world a better place.

Fr. Michael Murtagh PP Dunleer, describes Rose as “an extraordinary woman, whom I remember from my Dundalk days. Most charitable, courteous and dignified. Great mother and friend.”

Rose was predeceased by her sister, Mary.

Rose reposed in her home of almost 50 years in Chapel Street on Tuesday and Wednesday, before being removed on Thursday to St Patricks Cathedral.

Mass was celebrated by Fr. Magnus Ogbonna, who thanked Rose for her gift of being a minister of the word at St Patrick’s and by Fr Kevin Cooney, Marist fathers.

The Readings were given by grandson, Feargal Cavanagh, daughter, Jennifer and granddaughter, Ailíse Byrne.

Prayers of the Faithful were led by grandsons, Cian Russell and Luke Cavanagh, sons, Conor and Brian, daughter, Selina and niece, Gillian Marmion.

Two sprays of white carnations were presented by granddaughters, Sadhbh and Hannah Rose, to signify Rose’s children Stephen and Derek.

Other gifts were presented by daughter, Sheena; grandsons, Declan and Malo and granddaughters, Aoibheann and Éabha.

A communion reflection was read by daughter, Regina. Music was provided by Brendan McCourt and Susan Dixon.