Nancy Fisher was a lady who lived for her family 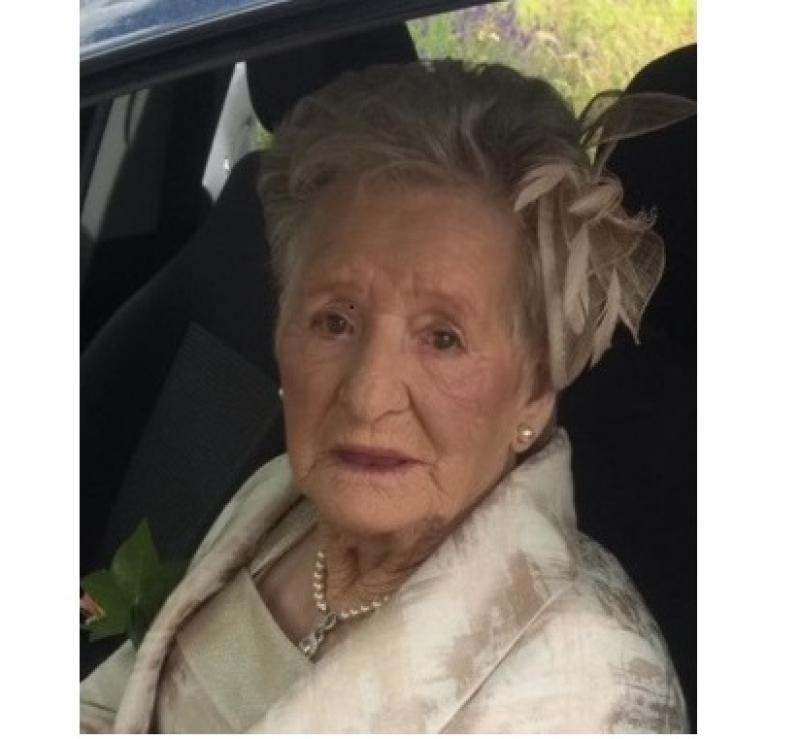 Nancy Fisher of 41 Fatima Park who died at her home on November 11 was a lady who lived for her family. She loved having them round her like the television and film character created and played by Brendan O’Carroll. Thus she was affectionately called Agnes  Browne  by the  family as her  home  was much  like in  the comedy  series   with  family members coming and going  every  day and Friday  was when  all  gathered,  grandchildren  and  great  grandchildren  included  and  not a  seat was to  be had.  She was like the Queen Bee seated in the middle of them, passing out treats to the children behind their parents backs.

One of nine children of Alfred and Alice Crilly, Nancy grew up in Casey’s Place Saint Nicholas Avenue. She  was  a  teenage  bride,  taking  as her husband  Thomas ( Tom Fisher)  who  lived just  three  doors down the  street. Two of Tom’s sisters also married partners   from the neighbourhood. He was  a  talented  soccer player  who played with the  renowned Saint Joseph’s  junior   club  and  also  turned out  for Dundalk

Nancy was 15 when the couple married. They went to live in Marian Park before moving the short distance to Fatima. They had  their  first child when Nancy  was 22 and  settled in Fatima, residing there  for  practically  60 years  and  raised  their   seven  children,  five  sons and   two  daughters.Nancy  worked in McCanns Fruit on the Ramparts  who have  underwent  a number of  name  changes since,  and  also   later  as a   home  help.

But her life was her family. Simple  in her outlook and  needs, she  was  quiet  by nature and was an  absolute lady  who wouldn’t  say  boo to a   goose  nor  talk  ill  about anybody. Husband Tom who predeceased her 22 years ago worked as a caretaker in the local army barracks. He also acted as a steward at games  in Oriel Park.

In latter years Nancy attended a number of   local senior citizens clubs which she enjoyed. She was a member of the choir in the Saint Gerard’s club  attached  to Saint Joseph’s Redemptorist  Church,  and  also participated in the   Redeemer and Lis  na Dara  senior  citizens  club.  Restricted mobility in the last two years prevented her from attending the clubs.

She took a turn early in October and her  condition worsened  days  later and was admitted to  hospital where   she  spent over a  fortnight  before  returning  to  her home   where  she was happiest  among her  family. She passed away peacefully surrounded by them.

A void has  been  left in  the  family that  will never  be  filled,  but  Nancy will  always  remain in   their hearts  with the fondest and happiest of memories.

Nancy reposed at home and was removed to Saint Joseph’s Church, Castletown on the Monday. Requiem Mass was celebrated by Father Vinod who also delivered the   eulogy.

At the beginning  Kyle Woods, Jenna Mills, Sharon Mills, Deirdre Fisher, Leigha Mills and  Alannah Mills   brought up  gifts that  symbolised Nancy’s life, including her mobile phone, spectacles, a picture  she painted  and  photographs  of   her  family,  grandchildren  and great-grandchildren and her  curling thongs

The Readings were given by Nancy’s son-in-law, Raymond Mills and granddaughter, Nadine Fisher.