Eve helps Ireland to world silver in the USA 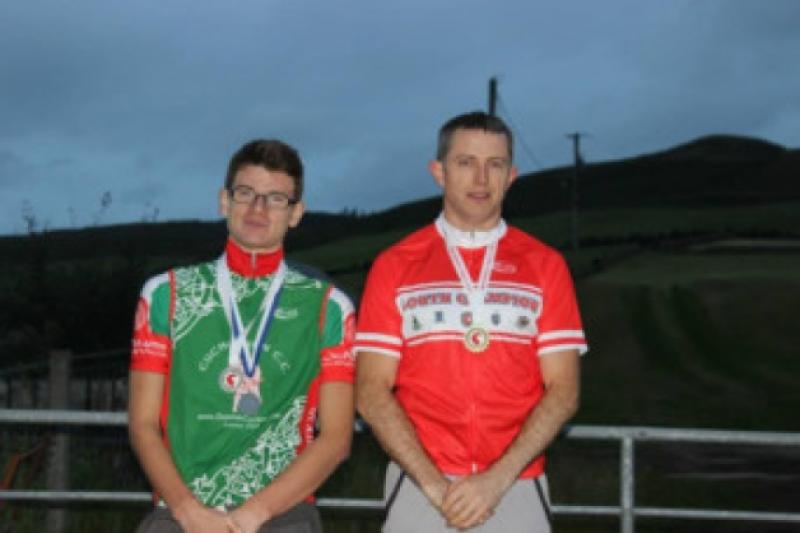 Competing in the tandem road race, the pair were edged out in a sprint for the gold by the British pair of Lora Turnham and Connie Hall, with the Spanish in third.

The Irish team have been in the US for the last three weeks becoming acclimatised to the stifling heat and humidity  of North Carolina.

On the previous Friday the Irish tandem duo had been unlucky to puncture in the time trial event, yet still managed to  take 6th position.

Also competing in the male tandem time trial and road race was Ireland’s James Brown, with Dundalk’s Bryan McCrystal, like his sister, acting as the pilot for the visually impaired athlete. The men posted top 10 results in both events but just couldn’t quite make it onto the podium.

The last competitive event of the year went to Tomas McCabe when he won the Louth Hill Climb Championships ahead of  Nathan McGreehan.

Tomas also won the Leinster A3 event, with the main event going to defending champion James Davenport. In the women’s event Annette Dolan took the gold ahead of  Sandra O’Hagan.

Sunday also saw the final round of the Skoda Cycling Challenge  descend on Louth.

Fiona Rogers and Philip Kerley headed up a team that organised an excellent event for over 500 cyclists. An 80km route and 130km route were both on offer to the cyclists, taking in the likes of Ballymascanlon, Riverstown and the Long Woman’s Grave. Good weather meant that more than expected tackled the longer route, but with a well stocked food stop at the Fairways Hotel everyone managed  the distance.