Another National  Championship for Grey 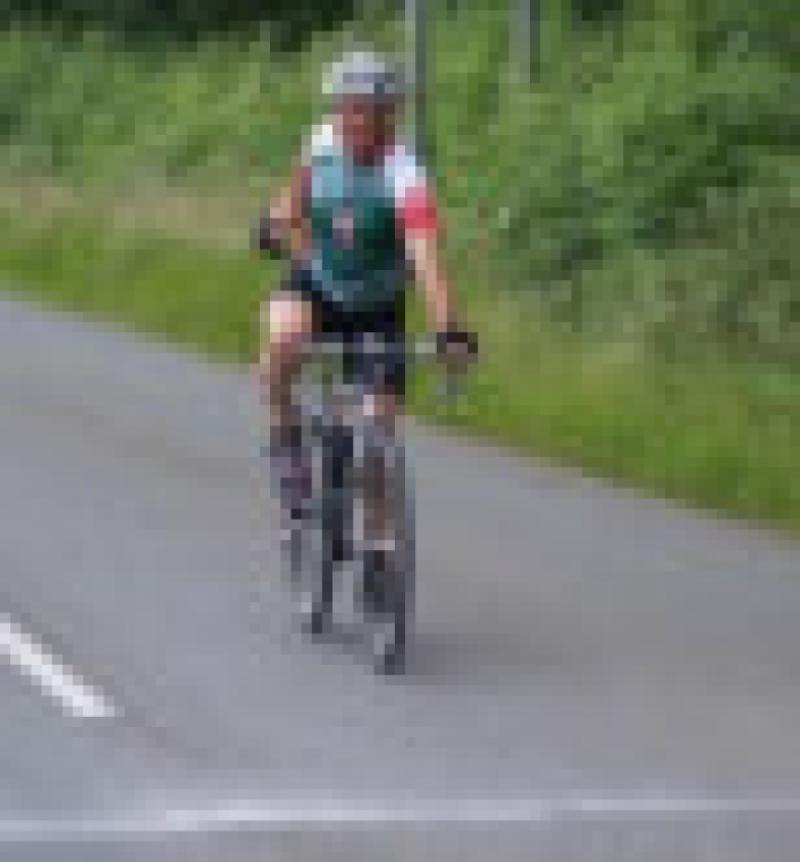 Cuchulainn Cycling Club’s Martin Grey has won the National Championships in his age category for the third time in four years.

Cuchulainn Cycling Club’s Martin Grey has won the National Championships in his age category for the third time in four years.

This year Martin took the gold medal in the 60-69 age group as part of the Irish Veteran Cyclists Association National Championships.

Martin was active from the gun and was part of a five man group that went away early in the race. The group worked well together to establish a lead and in the final 15km Martin attacked to take a solo win, to add to his two other gold medals and a silver from 2013.

In a separate age category Jimmy Flynn went agonisingly close to a medal when he was fourth man across the line in a close knit sprint.

Brendan Dunne, Aidan Delaney, Damien Faulkner and Dale Copas all finished comfortably in the main bunch in their own races.

Open racing was held in Dunboyne, Co Meath on Sunday. The main race was 120km long and Cuchulainn’s Colm Quinn and Liam Dolan were racing.

With 80km to go Dolan found himself in the day’s breakaway of 10 riders. As the race drew to a close the break was quickly being brought back by the main bunch when Dolan managed to escape again with Sean McKenna of Dublin’s UCD and Alistair McCauley of Phoenix Cycling Club in Belfast.

They stayed away to the line with McKenna taking the win ahead of McCauley and Dolan in 3rd. In the support race both Tomás McCabe and Aidan Cunningham finished in the top 20.