Fiona is crowned the county’s best 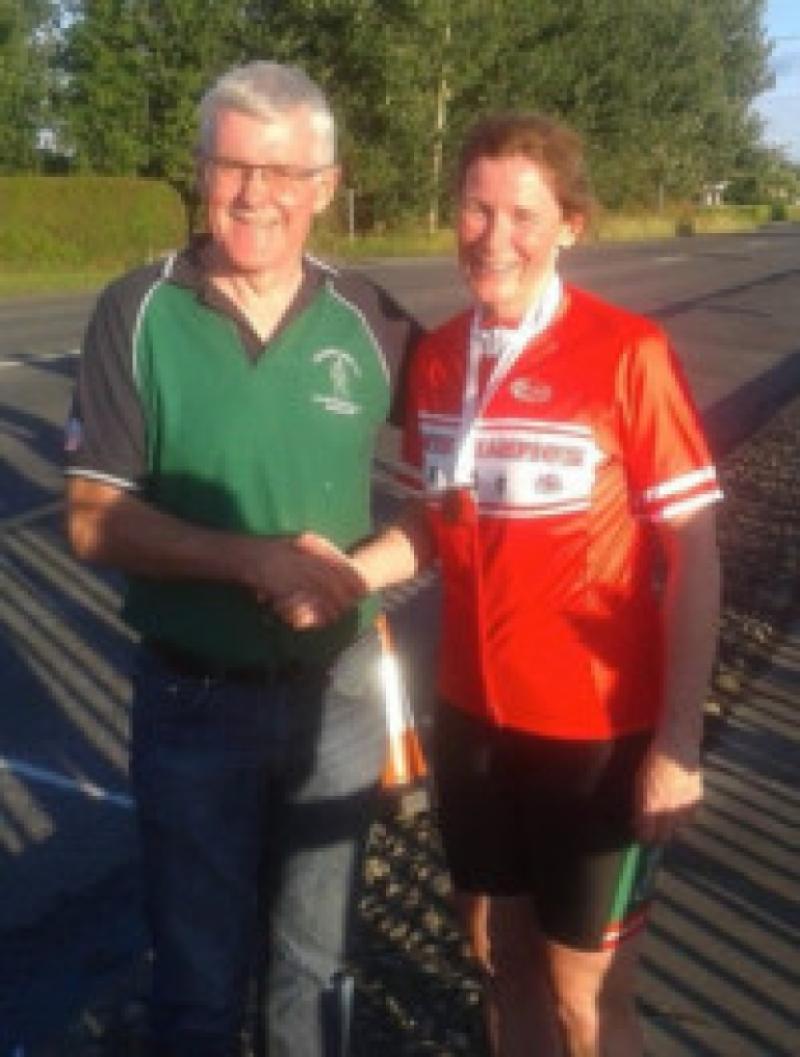 The county’s best female riders lined up for the Louth Road Race Women’s Championship last week and when the dust had settled Fiona Rogers had claimed her first Louth title after an extremely impressive performance.

The county’s best female riders lined up for the Louth Road Race Women’s Championship last week and when the dust had settled Fiona Rogers had claimed her first Louth title after an extremely impressive performance.

Fiona was the winner of the 2013 Women’s League but injuries derailed the defence of her league crown. Putting the injury setback behind her, Fiona targeted the championships, gearing her training towards the event.

On the night she was much too strong for her fellow competitors, taking an impressive solo win, with Celine McPhilips leading the rest and Debbie Lundy claiming the bronze.

Open racing over the weekend was held in the county Meath town of Mullagh, with Moynalty Cycling Club hosting their first race on an undulating 29km circuit. First up it was the underage racing and Cuchulainn picked up to results with Conor McKeown taking 2nd place, while Kevin Trainer was 5th in his race.

In the senior races the A4s tackled two laps of the circuit and despite the hills it came down to a bunch sprint. In the chaos of the fast finish, Gary Mortan picked the right line and times his sprint to almost perfection to take 3rd place in a finish which required a photo finish to determine the order of the first three riders. This result coupled with his results from earlier in the season sees Gary upgraded to the A3 category.

The FPM Accountants Summer Cycling league is up to round 13, with just five events to go.

The most recent race finished with the steady climb from Davy’s Pub up to the Long Woman’s Grave. By the bottom of the climb group six had caught group five in front. Once on the climb, Alan Bingham attacked bringing with him a number of riders. As the mountain dragged on this group drove a fierce pace catching all those left out front.

As the line approached, Alan Bingham, Tomas McCabe and Liam Dolan had ridden away from everyone else, with Owen Martin being the last to loose contact. In a close sprint Dolan took the victory ahead of Bingham and McCabe.

Racing from Carrickmacross to Ardee and back, Stamullen’s Cian Delaney was fastest on the night with a time of 54 minutes 24 seconds.

Cuchulainn riders to pick up medals across the different categories were Colm Quinn (Silver A1), Owen Martin (Vet silver) and Tomas McCabe (A3 Bronze).