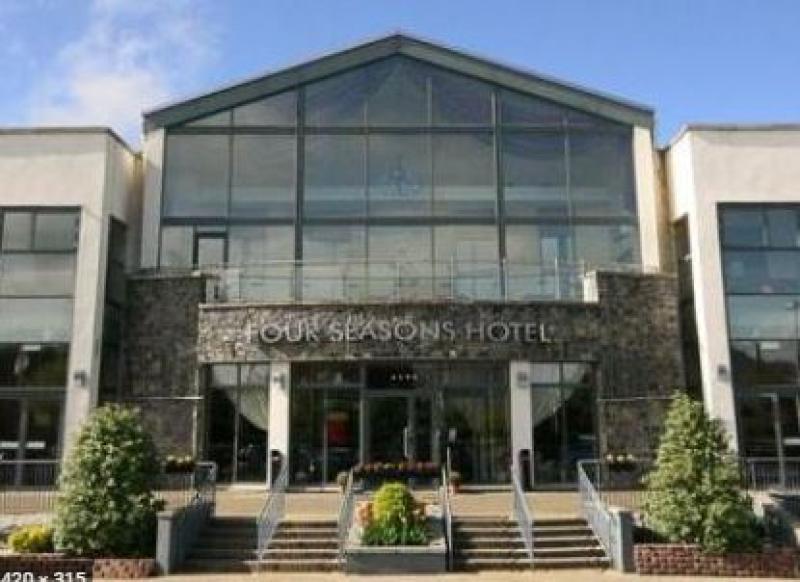 The Four Seasons Hotel in Carlingford, one of a number of businesses targeted in the competition scam.

The Four Seasons Hotel in Carlingford have warned customers of a scam saying a fraudster created a fake profile telling people they had won a competition the hotel was running and asking for their bank card details.

The popular four-star hotel posted a scam alert online after it emerged someone had created a fake profile using their name and informed people who had entered their “Saved by the Bell” competition that they had won.

They warned that the fraudster on the fake profile was asking for people’s band card details.

The hotel said they would never ask for card details of anyone to enter a competition they were running and urged anyone who was conned by the scam to contact their bank immediately.

The Four Seasons Hotel Carlingford posted on their Facebook page on Monday: “To all our dear followers.

“Unfortunately, someone has created a fake profile using our name and is informing anyone who has entered our "Saved by the Bell" competition they have won.

“With this they are requesting for you to register in a fraudulent site using your card details.

“The Four Seasons Hotel, Carlingford would never request your card details to enter a competition.

“We would not message you directly to let you know you have won, instead the winner will be posted on our social media today before 5pm.

“If you think you may have fallen victim to this scam/fraud and have given your card details to this company. Please contact your bank immediately so they can advise you and if necessary, carry out any security requirements.

“If you receive this fraudulent message, we would kindly ask that you report this profile as fake.”

The hotel announced the actual winner of their competition on their Facebook page on Monday evening and asked the lucky person to contact them by email to arrange a date for their prize of a stay at the luxury hotel and spa.

The hotel launched the competition online on August 28th saying, “Let us take away the “Back to School” stress”.

The prize included one-night Bed & Breakfast, a sparkling afternoon tea and a treatment in their Luxe Spa for two lucky guests.

It is understood that other businesses in the area have also been targeted by the scam.