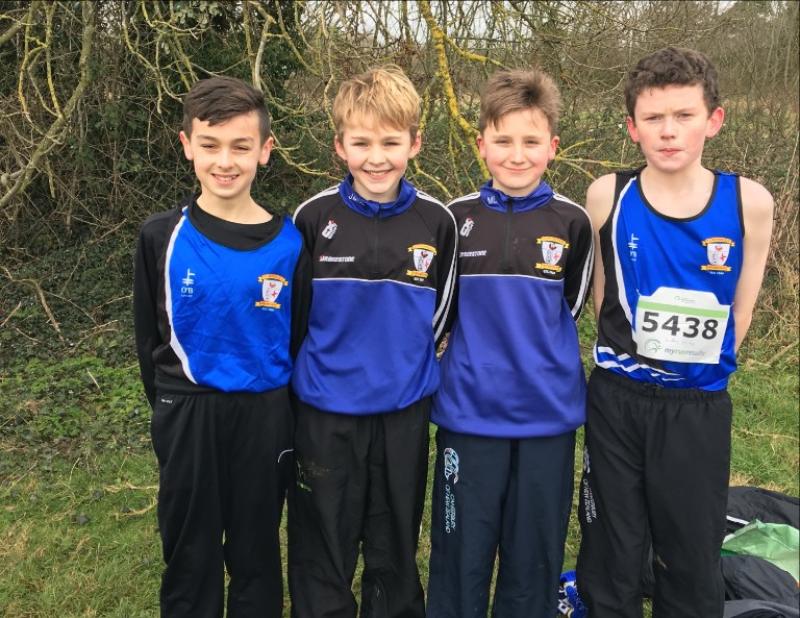 The 2018 season kicked off for the St. Peter’s club on Sunday when five athletes made the journey to Dunboyne, Co. Meath for the Leinster Masters, Intermediate and Juvenile relay Championships took place.

The club had a boys U14 team in the 4 x 500m event which was run over the challenging course. The four boys ran really well considering they had only returned to training this week after the Christmas break. The race itself was a keenly contested affair with no fewer than twelve teams taking part.

The St. Peter’s lads were in the mix from the start and really acquitted themselves well and their efforts fully deserved a medal, but, unfortunately, they had to settle for fourth place. Considering they were almost 100m clear of the fifth placed team, the boys can count themselves very unlucky not to have returned a podium place.

The club had enjoyed success in the Leinster Masters Championship when club veteran Andrew Rogers ran a great race to finish second in the over-60’s category, winning a much-coveted provincial silver medal.

The 2018 season continues this weekend where athletes from St. Peter’s will be in action on both Saturday and Sunday. On Saturday, the club will have athletes in action in the National Indoor Combined events in Athlone IT and then on Sunday, Blackrock AC will host its annual Cross-Country event in the Geraldines GFC which will see most of the club athletes in action for the first time in 2018.