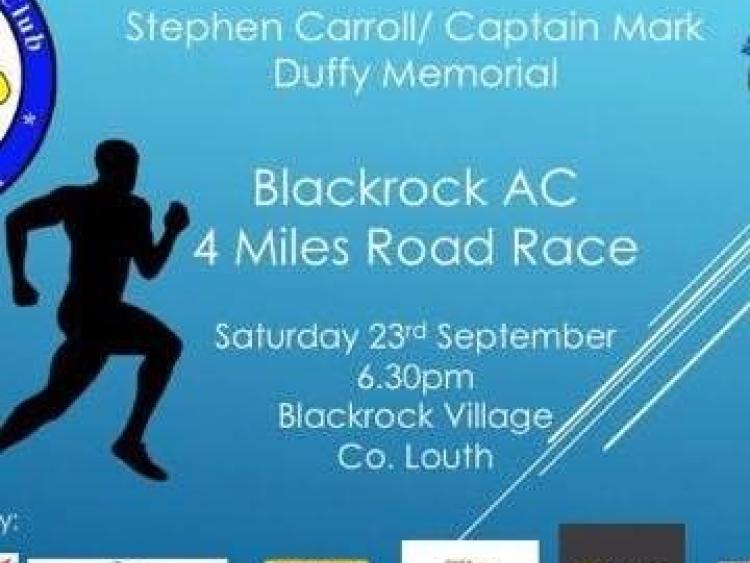 The funds generated by the four mile road race will go towards the North Louth Hospice, RNLI Clogherhead and Blackrock AC, who are hosting the event.

According to the event's official facebook page, the run is to remember 'the local men who lost their lives too early.

'Stephen Carroll was 38 when he lost his life to cancer on 17 November 2013. A member of North East Runners and Cuchulainn Cycling Club, he was one of the most driven and focused people you could meet as well as having a great sense of humour.

'North Louth Hospice cared for Stephen in the best way possible in his final weeks and the Carroll family have chosen the Hospice as their charity.

'Captain Mark Duffy died on March 14th aged 51. He was the co-pilot of the Irish Coast Guard Rescue 116 helicopter which crashed off the north-Mayo coast with the loss of all four crew on board.

'A memorable quote from Mark was 'When you make a difference, there is no better feeling than that... it's priceless' says it all about the man. The Duffy family have chosen RNLI Clogherhead as their chosen charity.

The registration evening will last from 6:30pm to 8pm or you enter online, here.