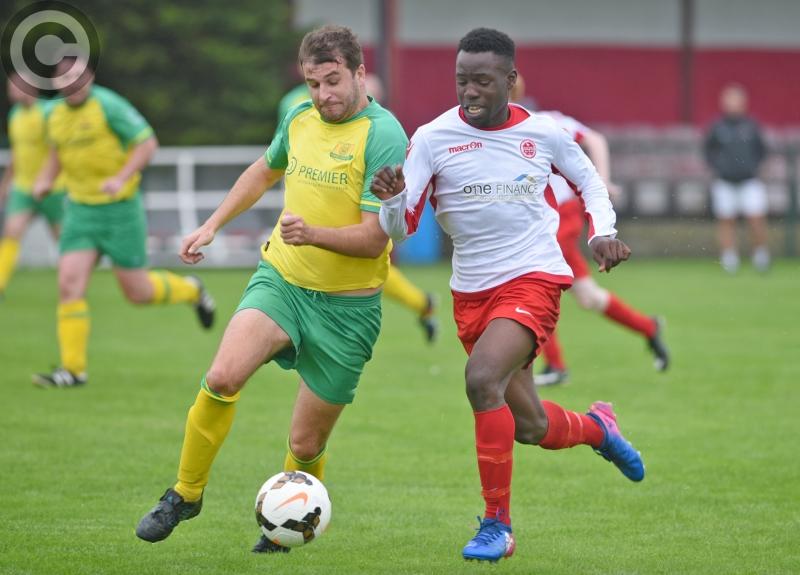 Rock Celtic and Torro United played out an entertaining 3-3 draw at Sandy Lane in this morning's Kilmessan Shield game.

Despite leading 2-1 at half-time, it took an equaliser from Kizito Ekwueme three-minutes from time to rescue the hosts a share of the spoils.

Torro started the stronger, hitting the front before the quarter-hour mark as Rock's slow opening was punished.

However, Pádraig Gollogley's men grew into the game and Aidan Curtin brought them back on level terms, finishing left-footed past the Torro 'keeper, who had saved David Ward's prior effort.

Rock gained a foothold in proceedings from that point onwards and Ekwueme's first of the game sent them to the break ahead. The teenaged forward finished to the net after a free-flowing move down Rock's right-hand side.

Torro pegged the hosts back early in the second-half before they went 3-2 ahead. And it looked as if Meath men had done enough to win, but Ekwueme's late strike denied them and gave Rock a deserved share of the spoils.