Stephen Kenny picked up the SSE Airtricity/Soccer Writers' Association of Ireland Personality of the Year award for the second time at The Conrad Hotel in Dublin on Friday night.

“Some great players and managers who have gone on to manage their country like Liam Tuohy, Johnny Giles, Eoin Hand and Brian Kerr have won it in the past so I don’t take it lightly.” 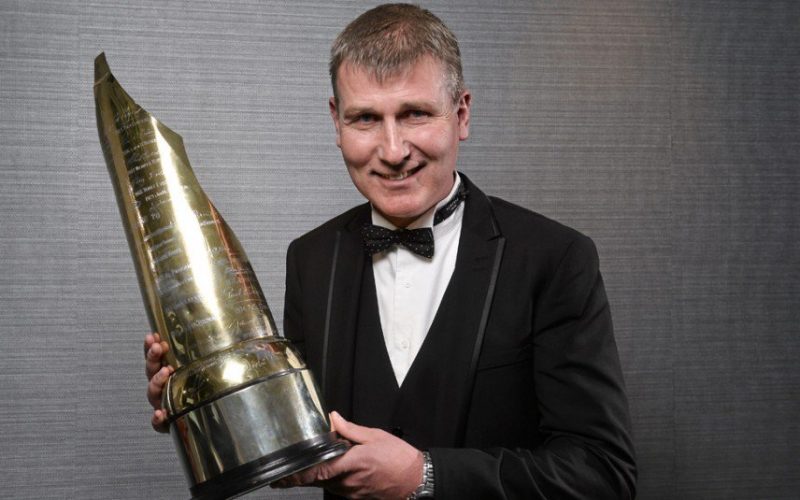 “It’s great to win those personal awards but you win them knowing that you’re only three games away from a crisis!” he laughed.

“You can’t really bask in the glory for any period of time because the nature of this game means you have to prove yourself every year.

“There is a ruthlessness about football that is unprecedented in any other area of life so you have to be very grounded and focussed on what you’re doing.”

Elsewhere, Cork City’s Mark McNulty picked up the Goalkeeper of the Year award at the banquet, beating off competition from Dundalk’s Gary Rogers.

The Liam Tuohy Special Merit award winner was Joe Veselsky while Robbie Keane received a special presentation from Irish manager Martin O'Neill on behalf of the SWAI in recognition of his outstanding service to Irish football.

Keane later made a presentation on behalf of the SWAI to Brendan Bradley, the all-time League of Ireland goalscorer with 235 goals.